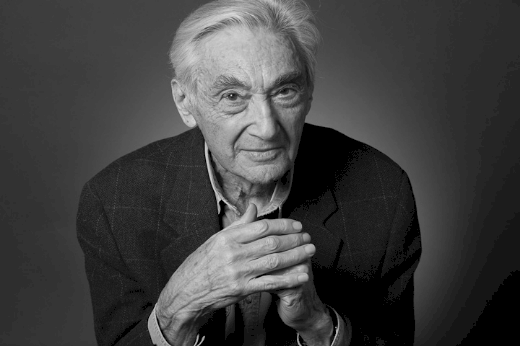 The prize is awarded in memory of Howard Zinn, renowned writer-activist and champion of free speech, writers, and independent publishers. Zinn was posthumously awarded the 2010 Freedom to Write “Thomas Paine Award” which was then renamed to memorialize his lifelong work and dedication. The “People Speak” award recognizes American writers.

This award is currently on hiatus. 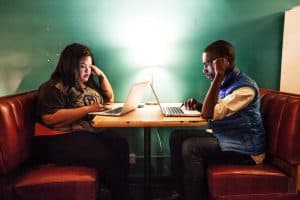 “OUR DEMAND IS SIMPLE: STOP KILLING US”

Ferguson activists and bloggers Johnetta Elzie and DeRay Mckesson shared the 2015 Howard Zinn Freedom to Write Award for their work as activists, organizers, and citizen journalists in the Ferguson protest movement. Their reporting and This Is the Movement newsletter engaged and unified disparate voices in the wake of the shooting death of Michael Brown in Ferguson, Missouri. Their activism focused an enraged community, and has been instrumental in transforming a cycle of tragedies into a movement, assuring that the world would not forget the names of Eric Garner, John Crawford III, Michael Brown, Tamir Rice, and too many others.

Elzie and Mckesson’s reporting demonstrates the dedication to justice and equality that Zinn made his life’s mission, and that he referred to specifically in this passage from A Power Governments Cannot Suppress:

“A poem can inspire a movement. A pamphlet can spark a revolution. Civil disobedience can arouse people and provoke us to think, when we organize with one another, when we get involved, when we stand up and speak out together, we can create a power no government can suppress.”

In awarding Johnetta Elzie and DeRay Mckesson the 2015 Zinn Award, we recognized their work and dedication in speaking truth to power.