PEN America this week launched new chapters in six focus regions: Austin, Birmingham, Detroit, Piedmont North Carolina, Tulsa, and Dallas/Fort Worth. The idea: to ensure that supporters of literature and free expression have a home across the country and to unify communities at a time of deep divisions.

Where did this whole idea of chapters come from?

Fostering dialogue has been essential to PEN’s mission from the start, but there’s no denying that we’ve been fairly New York-centric since we were founded in 1922 in New York City. The majority of our Members were based in the Northeast, and a lot of our activity was focused on that region. As we’ve grown, our Membership has expanded both in numbers and geographic diversity. Since 2017, we’ve had Members in every state—paying dues, signing petitions, and expressing eagerness to be more directly involved. Expanding our activities and presence is a natural outcome of these changes. 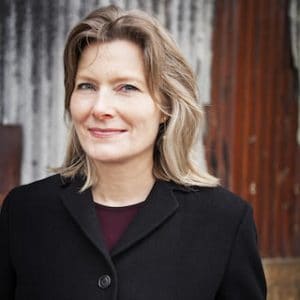 The 2016 election made the creation of more PEN America chapters more urgent. As we all know, that election opened up distressing schisms in our country. PEN America has always been a nonpartisan organization comprised of book nerds. We believe in the power of intellectual life, and informed dialogue, to bring people together across political divides. We initiated PEN Across America right after the election as a way of uniting folks of all political persuasions around literary events, and in support of free expression and a free press.

How did PEN Across America then help shape this idea of chapters?

Rather than dictate from New York, we’re eager to let individual communities define for themselves what PEN America’s mission can mean for them and what sorts of events will be most welcome to our members in those places. We began talking to our most active Members and leaders in a number of key regions, and chose these six as an opening salvo. We all share a collective wish to celebrate great books, spark local dialogue, and promote free expression, but what exactly that will look like in each place is up to the individual chapters. We’re excited to support and learn from their initiatives.

As someone originally from the Midwest, I’ve always felt that broadening PEN America’s reach more deeply and richly across the country should be a priority. On my book tours, I’ve long been amazed and moved by the ways literary life flourishes in community bookshops and churches and civic centers, often in regions that are overlooked or underserved by the publishing business. For these reasons, I take a special interest and pride in this expansion effort.

It’s just been a little over a year since PEN America merged its Los Angeles and New York operations. Is this an extension of that unification?

In a way, yes. The unification of our offices and Membership on the two coasts was an essential step toward building a truly national organization. Since then, we’ve drawn on the strength of being a national movement of readers and writers. And we’ve grown our presence in Washington, where we opened an office in 2017, to communicate directly with lawmakers at the federal level. Now we’re able to draw upon the power of a diverse, unified membership base as we celebrate literary expression and protect the freedoms that make it possible—whether by advocating for jailed writers around the world, or by suing the Trump administration over its attempts to muzzle the press.

But having mentioned that lawsuit, I want to stress once again that PEN America is a non-partisan organization, with a history of active membership on the right, the left, and everything in between (we rebuked the Obama Administration over its use of surveillance, for example). Launching these new PEN America chapters affirms of the idea that no political party or gender or class has a monopoly on literature or free expression. On the contrary, focusing on our common love of literature—insisting, together, upon its cultural and civic importance—can help us reach across divisions that often feel insurmountable.

How do you think this might change PEN America?

PEN America has naturally evolved quite a bit in its nearly century-long history. Our membership has grown far more diverse, and our concept of free expression has expanded to include writers who’ve traditionally been ignored or under-represented. At our annual literary awards, we honor not just well-known writers but debut short story writers. We work with incarcerated writers to showcase their work to the world, and we mentor Dreamers and New York City public high school students who love to write. We support translators who allow books to reach new audiences across diverse languages. Our Emerging Voices fellowship nurtures and cultivates early-career writers and their work.

I have no doubt that our new PEN America chapters will make our organization even more dynamic. And when we fight for free expression globally—calling for the release of a Ukrainian filmmaker or a Saudi women’s rights activist—we can draw from that well of supporters and Members to speak with a truly united voice. That kind of accord is desperately needed in our fractious times, and we’re hoping to do our part to make it happen.

Well, to some degree that will be up to our new chapters, while we provide support and cheer from the sidelines. And as Members share their feedback and let us know what moves them to act in their local communities, we’ll be aiming to activate additional PEN America chapters. As the 2020 election approaches, there will be an ever greater need to unite readers and writers in mutual learning and conversation at such a critical juncture.