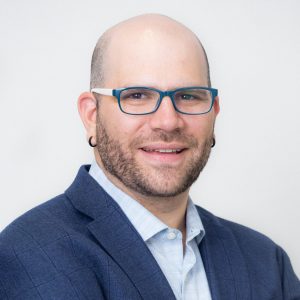 Jonathan Friedman is the director of free expression and education at PEN America, where he oversees advocacy, analysis, and outreach to educational communities and academic institutions. In this role, he drives forward PEN America’s efforts to catalyze a more informed, civic culture through free expression education for the rising generation and the general public.

An academic by training, Friedman has published sociological research on universities, nationalism, and globalization, and taught courses in comparative and international education, higher education, and social theory at New York University and Columbia University. Formerly, he was part of a research team examining the production of knowledge on world regions at the Social Science Research Council, and served as administrative director of the Multinational Institute of American Studies, an exchange program for international scholars funded by the U.S. Department of State.

At PEN America, Friedman oversees the Free Speech Advocacy Institute and hosts The Common Room, a conversation series about free speech, academic freedom, diversity, and inclusion in higher education. He served as lead author on PEN America’s 2019 report, Chasm in the Classroom: Campus Free Speech in a Divided America, and on the production of its digital Campus Free Speech Guide. He regularly provides commentary on campus free speech issues for national news media and has published op-eds for CNN, The Washington Post, and higher education outlets. Friedman has facilitated workshops and conducted advisory meetings with students, faculty, and administrators at dozens of colleges and universities across the United States, and was a 2019-2020 fellow of the University of California’s National Center for Free Speech and Civic Engagement. He holds an MA and Ph.D. in international education from NYU, and has received awards for his teaching, research, and leadership.

The PEN Ten: An Interview with Iván Monalisa Ojeda, Translated by Hannah Kauders

To celebrate #PrideMonth, we're bringing back our #PENTen interview with Zak Salih (@ZMSalih1982)! We discuss his book LETS GET BACK TO THE PARTY, queer fiction, and the evolution of a writers identity. https://bit.ly/3dovQ6U

If you are interested in how #DataProtection #InternetAccess and #DigitalSovereignty intersect, make sure you do not miss these two @Rightscon session next week!!

And find out more about #RightsCon at https://www.rightscon.org/program/

Illustrations by Justice Arts Coalition (@prisonarts) participants are featured in PEN America's 2020 Prison Writing Anthology, BREATHE INTO THE GROUND. Buy your own copy of poetry, nonfiction, and drama from incarcerated writers in the anthology: https://bit.ly/3tqbr5Y.