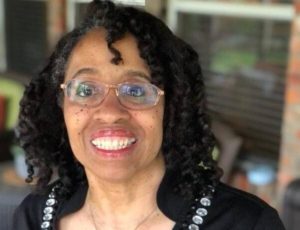 Since 1827, Black reporters and newspapers have been indispensable in enlightening and informing Black communities. From the unique perspective of Black journalists and editors, these papers provide realistic Black representation, elevate Black culture, and cultivate the Black community. Whether in pursuit of social justice or to raise social consciousness, Black newspapers continue to serve the large, diverse, and constantly evolving community of Black people across the country.

This Black History Month, PEN America is highlighting the careers of Black writers who are working to unveil the truth about life and justice in the United States. Their presses remain essential for a functioning democracy and a thriving culture. We asked Black journalists about the importance of Black-owned media, of positive Black stories, and the historical context of their work.

The St. Louis American has been the most trusted voice of Missouri’s African-American community for almost 100 years. Dedicated to providing a unique, well-respected forum that gives African Americans a credible voice, the St. Louis American, with its extended multi-media platform, is now the single largest weekly newspaper in the entire state of Missouri.

The following is an interview with Karen Jacobs, a business news reporter with the St. Louis American, working as part of the Report for America and Type Investigations programs. The interview has been condensed and edited for clarity.

Why did you decide to become a journalist and what has been your career journey?

I was born and raised in Chicago, which during my youth was home to at least four daily newspapers, most of which were delivered to my home daily. So I hail from a newspaper town. I studied journalism in high school, majored in journalism and economics at the University of Illinois, and devoted my career to telling stories important to local communities in Champaign, Il. Milwaukee, Los Angeles, Dallas, and St. Louis.

Do you have a favorite piece that you’ve published since you began with the St. Louis American? What is it and why is it your favorite piece?

I have several pieces that I am especially proud of. Aside from Barren Mile, I am proud of reporting I have done looking at the impact of a $1.7 billion government project on communities of color and low-income communities. I have tried to keep the focus on: what do these groups get out of the deal? I have asked tough questions on past and planned spending, making sure the needs of under-represented groups are not just swept aside.

“I have asked tough questions on past and planned spending, making sure the needs of under-represented groups are not just swept aside.”

Can you tell me a little about the Barren Mile project and your coverage of food scarcity in Black communities during the pandemic?

I am at The St. Louis American as part of the national Report for America program which seeks to place journalists in under-represented communities. In Barren Mile, four Black newspapers sought to highlight food insecurity and other food injustice issues made worse by the pandemic. The government and local charities stepped up to avert what could have been a humanitarian crisis. But systemic issues, including severe disinvestment in communities of color, remain.

Why are Black newspapers so important?

The mission of the Black press has not changed much since the early days of Freedom’s Journal. Successes and accomplishments of Black people often are overlooked in mainstream media and deemed not newsworthy. That leads to an inaccurate portrayal of Black people as largely criminals and people needing assistance. Having news outlets that focus primarily on stories through a Black lens ensures that a more complete picture emerges.

What can people do to best support the work you’re doing?

Local newspapers in general and minority-owned publications specifically need not only financial support but also support from high-profile people of color. Too often I have seen a celebrity or well-known person return a call from the national media without responding to me at all. Clearly, the reach of the national media is broader, but often local news and minority news outlets were there before the person became so high profile. It is frustrating that it is so quickly forgotten.

“For the Black press, our north star has always been super serving communities of color, to a granular extent that’s not feasible for the mainstream press.”

How does The St. Louis American maintain its relevance to readers?

One challenge the mainstream press has faced is that the traditional legacy audience, educated middle-and upper-income readers, has been shrinking while young people and people of color have turned elsewhere for news. For the Black press, our north star has always been super-serving communities of color, to a granular extent that’s not feasible for the mainstream press. We run job promotion announcements, industry trade awards, and other happenings very important to individuals but seemingly less newsworthy to a broader audience. And The St. Louis American’s audience remains intensely loyal.

That said, it remains a struggle for nearly all media outlets to keep the lights on. We have let jobs go unfilled and cut back on extras, even as the paper’s foundation continues to offer scholarships.

As with most media, digital is hugely important for our future. We’re eagerly watching the landscape to see who comes up with a digital strategy that can turn the tide.