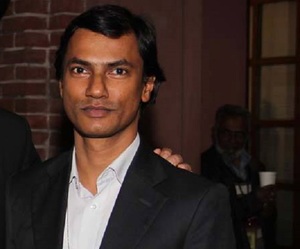 On April 25, 2016, unidentified assailants hacked leading gay rights activist Xulhaz Mannan to death in his Dhaka apartment. His friend and fellow gay rights activist, Tanay Mojumdar, was also killed in the attack. As one of the latest victims in a series of ideology-driven murders, Mannan was a clear target for Islamist extremists because of the continued criminalization of homosexual relations and intolerance toward the LGBT community in Bangladesh.

Xulhaz Mannan was the founder of Roopbaan, Bangladesh’s only LGBT magazine. He was a prominent member since 2005 of Boys of Bangladesh, the country’s largest gay rights group. He also worked as a Foreign Service National for USAID. As a well-known gay rights activist, Mannan had received death threats from extremists for some time. Only a week and a half before Mannan’s death, police arrested four men planning on participating in the “Rainbow Rally” gay pride event. Mannan started the parade in 2014 and helped plan it for two years in celebration of the Bengali New Year. Mannan had canceled this year’s event as a result of the arrests.

“He was the kind of person willing to fight for what he believed in, someone ready to stand up for his own rights and the rights of others. A dedicated and courageous advocate for human rights, Xulhaz sought to shape a society that was more diverse and inclusive. He believed in the people of Bangladesh, and he strove to make the world a better place for everyone.”

Two extremist groups, Ansurallah Bangla Team and Al Qaeda in the Indian Subcontinent, have claimed responsibility for the series of attacks that began in 2015 with the murder of blogger Avijit Roy. However, the attacks usually result in impunity for the killers or a lack of action by authorities in regards to investigating the attackers’ identities. Though the attacks have principally targeted bloggers and publishers labeled as “atheists” for their writings, extremists have begun to broaden their focus to include anyone writing or expressing any sentiments deemed “blasphemous.” As a result, in 2016 alone three other men in addition to Mannan have been brutally murdered: blogger and law student Nazimuddin Samad, academic Rezaul Karim Siddique, and Hindu monastery worker Nityaranjan Pande.

The non-state actors that carry out these murders are emboldened by a coalescing of conditions in Bangladesh that have created a diminished respect for the right to freedom of expression. Law enforcement authorities’ inability or unwillingness to identify or prosecute the killers plays a part, but perhaps more insidious is the government’s negative rhetoric directed at the bloggers—urging them to essentially self-censor and desist from writing—as well as the utilization of legislation that criminalizes any speech seen as offensive to or critical of religion or the government. Since 2013, over one hundred bloggers, journalists, and others writing online have been arrested under Article 57 of the Information and Communication Technology Act.