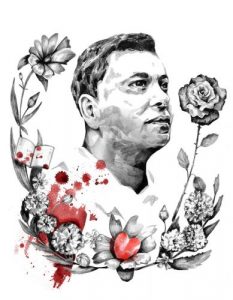 On February 26, 2015, Bangladeshi-American blogger Avijit Roy and his wife Rafida Ahmed Bonya were brutally attacked by assailants wielding machetes outside of the Ekushey Book Fair in Dhaka. Though the attack took place in front of a police stand set up to control traffic around the fair, the police did not intervene—a local photographer brought the critically wounded couple to the hospital, where Roy died from his injuries. The couple, based in the United States, had returned to Bangladesh for a visit. Roy’s secular writing inspired a flood of death threats against him.

Arrests were made in relation to Roy’s death, and the trial against Avijit Roy’s six accused killers began in August of 2019, where the court heard testimony from 10 of 30 witnesses. The trial was set to continue on March 2, 2020, but was adjourned as the witnesses were absent.

Avijit Roy was a prolific writer on secularism who condemned religious extremism, particularly through the blog Mukto-Mona (Freethinkers) that he and seven other expatriate Bangladeshis founded in 2001. He also wrote for the Center for Inquiry, a secular NGO based in the U.S. An engineer by training, Roy supported the promotion and protection of civil and human rights without a reliance on religious dogma or a view of the world through a religious lens. Though he had received death threats from the inception of the blog, religious extremists threatened to kill him if he ever returned to Bangladesh after his most recent book Bishwasher Virus (The Virus of Faith) was published.

In 2013, a hit list of 84 “atheist bloggers” was sent to newspapers anonymously. Roy was the first of five individuals murdered by Islamist extremists in Bangladesh during an onslaught of attacks during 2015. Of the six bloggers and publishers who have been murdered since 2013, four were on this hit list, including Roy’s publisher Faisal Arefin Deepan. Two extremist groups, Ansarullah Bangla Team and Al-Qaeda in the Indian Subcontinent, have claimed responsibility for the series of attacks that began in 2015 with Roy’s murder. However, the attacks usually result in impunity for the killers or a lack of action undertaken by authorities to investigate the attackers’ identities.

Tomorrow, PEN America and @npcinstitute will host a discussion on emerging challenges to equitable news reporting. To join our expert panelists in this discussion, register here: https://bit.ly/3kvFy8x.

After being notified that the Iranian government had unleashed a social media campaign calling for her abduction, @AlinejadMasih speaks out on the Iran’s practice of hostage-taking as a form of silencing opposition.
https://wapo.st/33LiFs1

Algerian journalist @khaleddrareni was sentenced to 3 years for reporting on protests. Drareni was convicted after reporting on the Hirak protest movement, which forced the removal of the country’s longtime ruler, Abdelaziz Bouteflika, last year.
https://nyti.ms/33NERBB