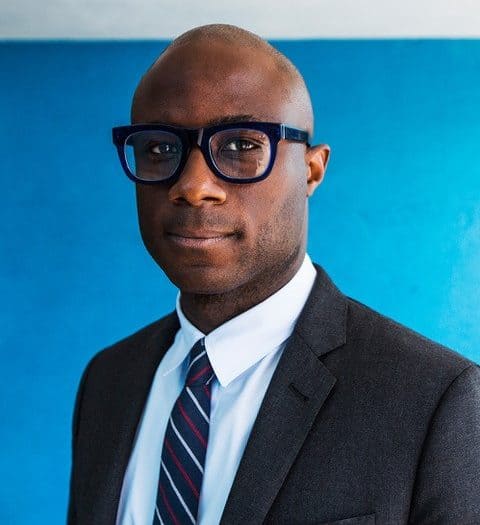 PEN America will recognize Academy Award-winning writer-director Barry Jenkins with the Award for Screenplay Excellence at the 2018 LitFest Gala in Beverly Hills.

Academy Award-winner Barry Jenkins was born and raised in Miami, FL. A Florida State University graduate, Jenkins’s feature film debut, Medicine for Melancholy, was hailed as one of the best films of 2009 by The New York Times and received several Independent Spirit and Gotham Award nominations.

Jenkins directed an episode in the first season of the Netflix Original Series, Dear White People. Upcoming projects include the feature film adaptation of James Baldwin’s novel If Beale Street Could Talk for Annapurna and an adaptation of National Book Award winner Colson Whitehead’s The Underground Railroad for Amazon, both of which he will pen and direct. He’s also writing a script for a coming of age drama based on the life of the first American Female Olympic boxing champ, Claressa “T-Rex” Shields.

Jenkins, who currently resides in Los Angeles, is a curator at the Telluride Film Festival and a United States Artists Smith Fellow.

“We are thrilled to present Barry Jenkins the 2018 Award for Screenplay Excellence for If Beale Street Could Talk at this year’s LitFest Gala. Mr. Jenkins’s work embodies PEN America’s belief in the power of words to change the world. A faithful adaptation of James Baldwin’s novel, If Beale Street Could Talk is proof of Jenkins’s remarkable ability to connect people through story, experience, and a certain hope for the future.”

Join us on 10/1 for a #BannedBooksWeek conversation with @rofhiwabooks on the “Erasure of Black Thought”. Black academics @profblmkelley, @pornoscholar, and @daniellepurifoy will discuss the growing movement against the teaching of black history & racism. https://bit.ly/3nYQjVj

In this week's #PENTen, we spoke with award-winning essayist, poet, playwright, and film producer José Vadi (@vadiparty) about how his writing habits have changed, how family stories and community stories came together in his book INTER STATE, and more: https://bit.ly/3o281Hp.

How do we define #democracy? Who benefits, and who has been historically forgotten?

Moderated by Nadine Farid Johnson of @PENamerica, our panel discussion "The Future of Democracy" on 9/29 @ 12PM will explore these questions and more.