In this week’s Illustrated PEN, Guest Editor Meg Lemke presents cartoonist Lisa Lim’s How I Went From Being An Apolitical to A Little More Political Asian, about how today’s political climate has sparked her interest in activism.

Lemke writes: “As we approach the one year anniversary of the Women’s March, on Washington and across the world, I’m sharing a piece by the fantastic cartoonist Lisa Lim. Here, she writes about how the events of last year ignited her political activism, reflecting on her family history and what it means to stand up to the racism rising in our country. I love her witty way of telling hard truths. Every person who marches has a unique background and reason they choose to stand, ‘together, united.’ Here’s one story:” 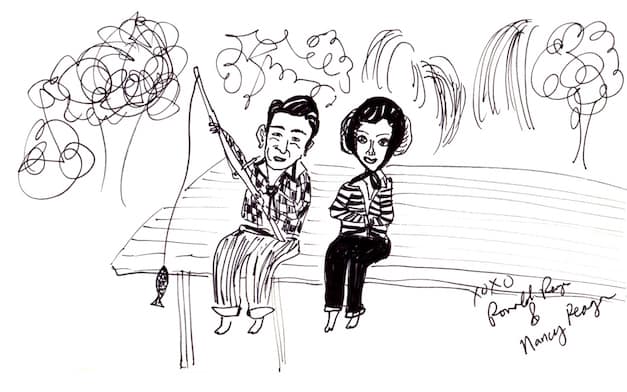 When I was a child, I remember writing Nancy Reagan about the pretty gowns she wore. I got back a generic letter with a lovely black-and-white photo of her and Ronny fishing in the Finger Lakes. I taped this photo to my wardrobe to remind me of how they brought Hollywood style to the White House.

I didn’t understand their politics, but I also wasn’t raised to question politics.

My education began with stories told by my grandmother of the horrible things the Communists did in China. One story that remains ingrained in my mind was about my grandmother’s dear friend, Strong Paw.

Strong Paw was a strong lady with a badass perm. Big, gray, bouncy. She used to carry a large stick across her back. At each end, there was a huge plastic bag that we filled with empty cans from the neighborhood trash. Yes, we were those people you see rummaging through your garbage. Strong Paw was the muscle. My grandmother was the hustle. And I was the hands of the operation. 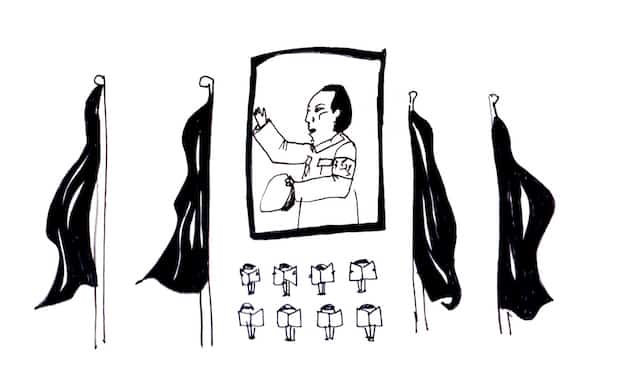 The story my grandmother told me about Strong Paw had to do with a Communist leader named Mao Zedong. He promised to bring food and wealth to the Chinese peasants who’d been starving and living in extreme poverty for too long. But with this promise came torture and murder for anyone resisting his authority. My grandmother told me Strong Paw wore a little too much jade and was a little too loud against Mao. 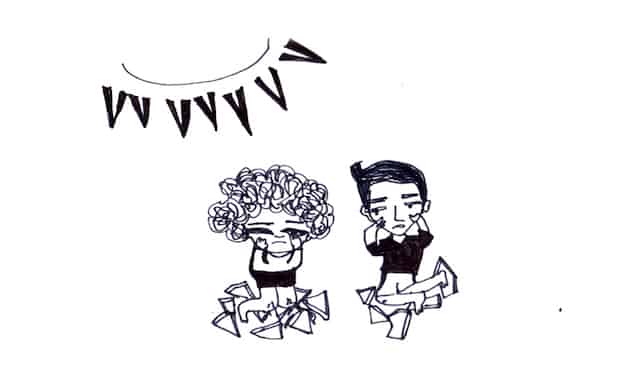 The consequences of speaking out were pretty terrifying. The Communist militia ransacked her home and made her and her husband kneel on broken glass under the hot scorching sun for days. Strong Paw’s skin was peeling and burning. 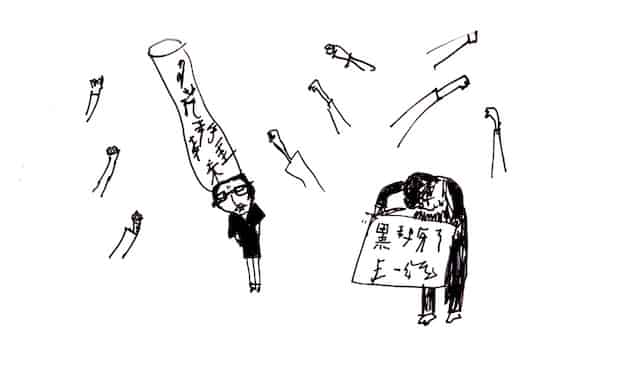 Those days, there were many ways of standing out that induced the wrath of the government. Scholars were called out for being too smart. They were dressed in dunce caps as their faces hung low. And they were forced to bark like dogs. Being too smart, being too wealthy, being too vocal, being too much of anything got you into trouble with Mao. 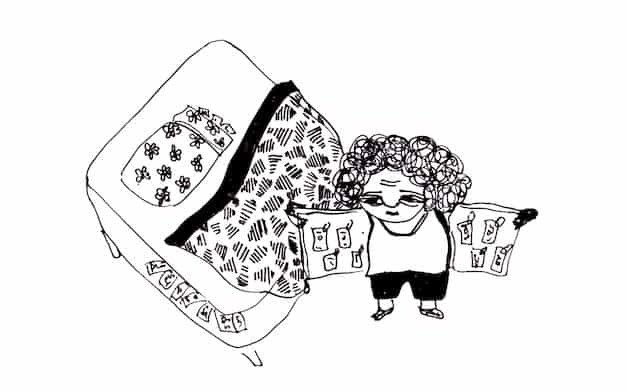 Now that I look back, I often wondered if Strong Paw collected cans so people would think she was poor, so no one would ever ransack her home, like they had in China. Maybe it’s why my grandma and so many of her friends sewed money inside their clothes. I’m not kidding. My grandmother’s vests were all lined with secret pockets of money. One for singles. One for fives. One for twenties. And my favorite one was filled with Werther’s Originals. They also stuffed money inside pillows and mattresses. We didn’t trust banks and we didn’t trust the government. This way there was no official count of their money. No one would ever know how much they had. The goal was to be invisible. 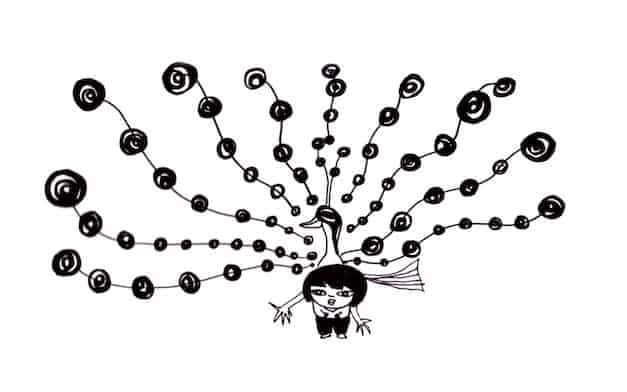 These stories frightened me, to every bone in my body, as a child, and continue to frighten me as an adult, when I decide to speak up or stand out, whenever I am “too much.” 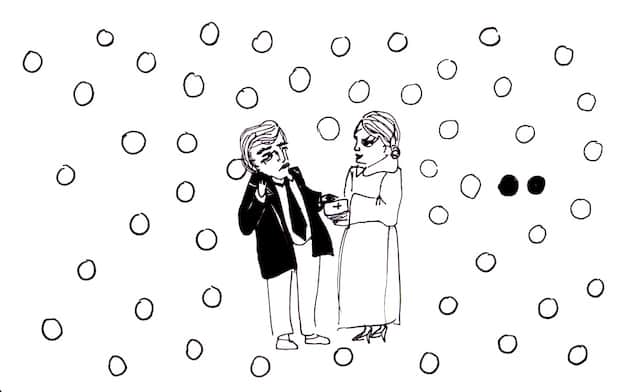 But then something changed in me. It was the day of Trump’s inauguration. It woke me from my apolitical coma. The camera panned across the sea of people and what I saw was a sea of white. It felt like the only “dots” of diversity seen were of Barack and Michelle Obama. It saddened me to think how far we’ve come and now it looked like we were going backward. 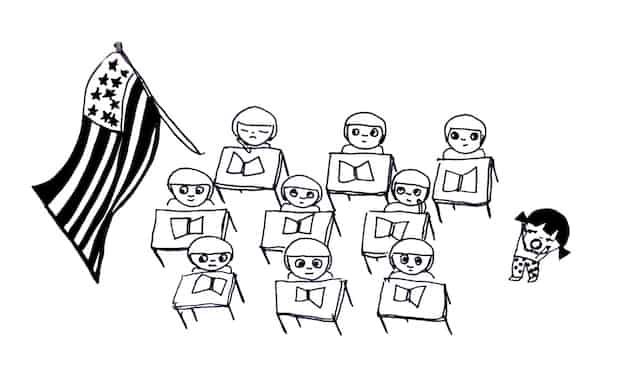 It reminded me of when my parents were thinking about moving to Westchester, when I was five years old. The principal gave us a tour of the school and she opened the classroom door and it was a room full of blue eyes and alabaster skin. I remember screaming so hard, like I was auditioning for a Hitchcock film. I was scared by the lack of color and diversity. It was all I had known growing up. I was so glad when my parents decided to stay in Queens. 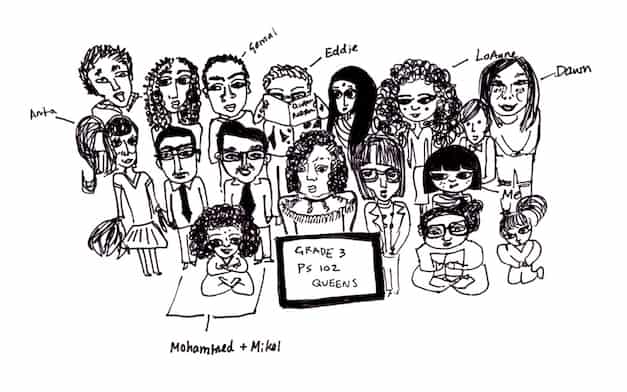 At my high school in Queens, every culture was represented. And it felt like home.

There was Anita, a Guyanese girl whose long ponytail would whip across multiple faces as she walked briskly down the hallway. Gemal, an African-American boy who sat next to me in class talking about life in general. There were Mohamed and Mikel, South Asians whose slight mustaches and glasses made them look older, like distinguished accountants. They were inseparable and always telling what seemed like charming dad jokes. There was Eddie, a Mexican kid who was the class nerd—we all cheated off of his page during important state tests. I remember his dad owned a tourism van, and he was kind enough to drive us to the prom in style. There was LoAnne, the Vietnamese beauty. She stole all the boys’ hearts while the rest of us struggled with pimples, bad perms, and raging hormones. There was Dawn, an Irish girl who used to come over and yak with me about the Mets, even though I didn’t know anything about baseball. We would trade lunches. I’d give her my beef ramen, which my grandma packed in my Popeye thermos, and she’d give me her peanut butter and jelly sandwich.

In Trump’s vision of a Great America, I wondered, where did I fit in? Where did my friends from Queens fit in? Would we have a voice? 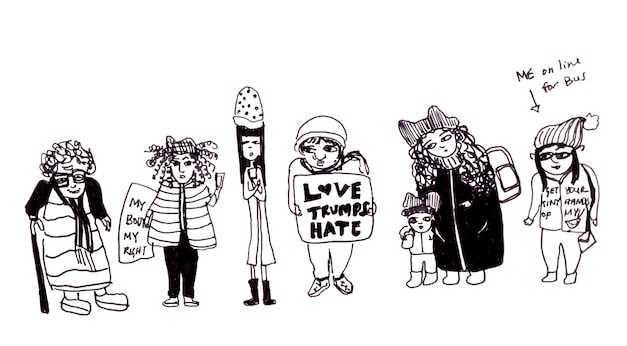 That’s when I decided to march in D.C. It would be my first march ever. It was both exhilarating and a little frightening, all at the same time. I didn’t know what to expect, but I knew it was important for me to be a part of. So, I booked a bus ticket from Penn Station to D.C and lined up to march with a gang of women with pussy hats and signs, all ready to make history. 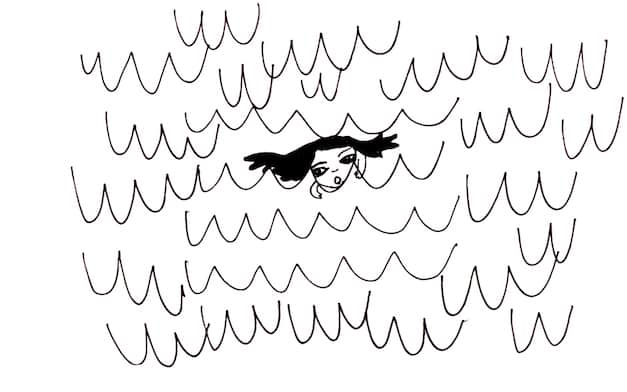 As I marched through D.C., I thought of my Grandma and Strong Paw. I thought of how I had internalized this fear of standing out too much for too long. And how it kept me from a voice, and making waves of any kind.

Head down. No conflict. That was Asian. 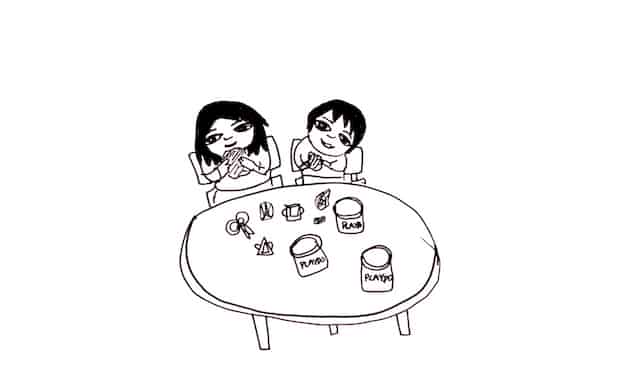 As I marched through D.C., I thought of my two-year-old son, Miles, who delighted in making perfect squares and triangles with Play-Doh, singing the alphabet and “Twinkle Twinkle Little Star” to his crew of stuffed animals. But the mother in me knew he sensed some iota of adult pain and anguish over the election. It’s probably why he insisted we watch Elmo over CNN.

I thought about the divided America he would come to know over the next few years. I wanted Miles to grow up in a better world. 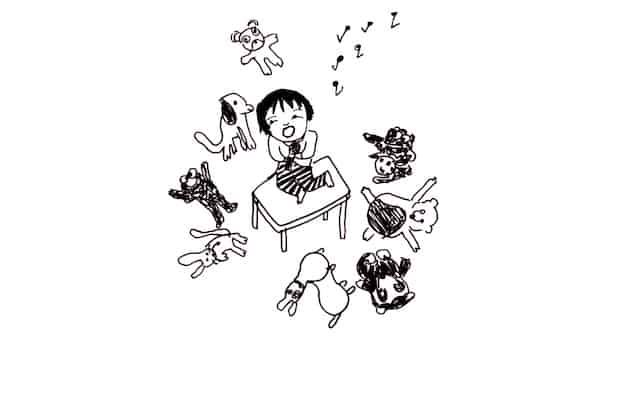 I wanted him to be ruled by hope, not fear. 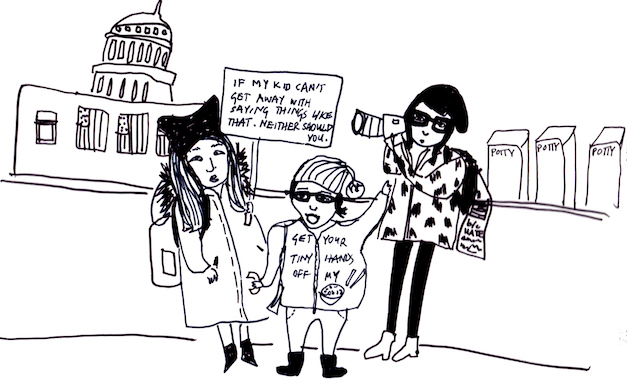 I knew it was time to keep marching.

It’s been a year since the Women’s March. And yes, Miles and I are still dancing in our undies to Neil Diamond’s “America.” We’ve also been watching Disney movies featuring strong female role models such as Mulan and Moana. I can’t tell you how many times I’ve watched on repeat “Be a Man” and Miles reenact every martial arts move with a stick in hand. And while he’s dancing, he is watching Mulan out-“Man” her male counterparts, refusing to let society dictate her role. It’s an important message that I know is sinking into his dancing body. And with the emergence of all the powerful #MeToo stories that embolden the next girl to speak up and stand out, it is more important than ever to teach our sons to respect the strong and beautiful girls who, as Beyonce sings, “run the world.” Yes, I’m proud to say, my son is a budding feminist.

Lisa Lim is both an artist and a writer. Her art and fiction have appeared in Mutha Magazine, Guernica Magazine, and Pank Magazine. Find more of her funny-boned storytelling at lisalimcomics.com and chineseladybug.carbonmade.com.

This piece was originally published at Mutha Magazine.