In this week’s Illustrated PEN, Guest Editor Meg Lemke presents an original comic by Tyler Cohen, author of Primahood: Magenta. In “Day & Night For It,” Cohen recounts a vigil she attended with her daughter and her daughter’s friend after an August 2017 white nationalist demonstration in Charlottesville, Virginia, led to the death of a counter-protestor. In this illustrated piece, Cohen reflects on the events in Charlottesville, on her own family history, and on the challenges of being a parent in today’s climate. 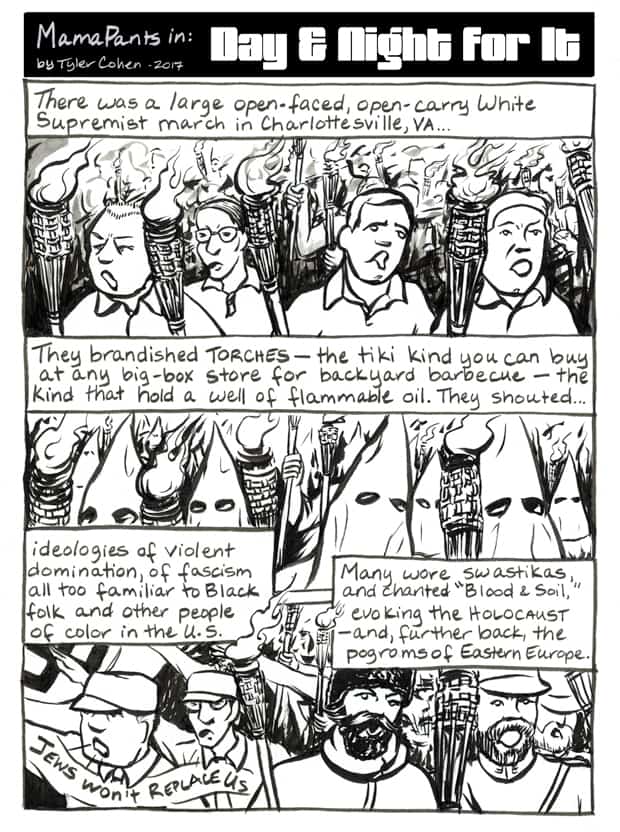 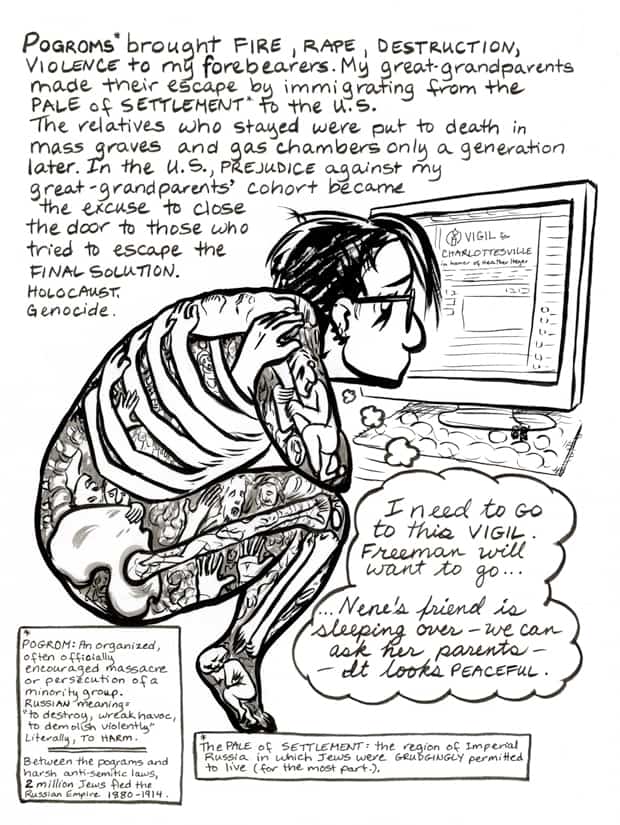 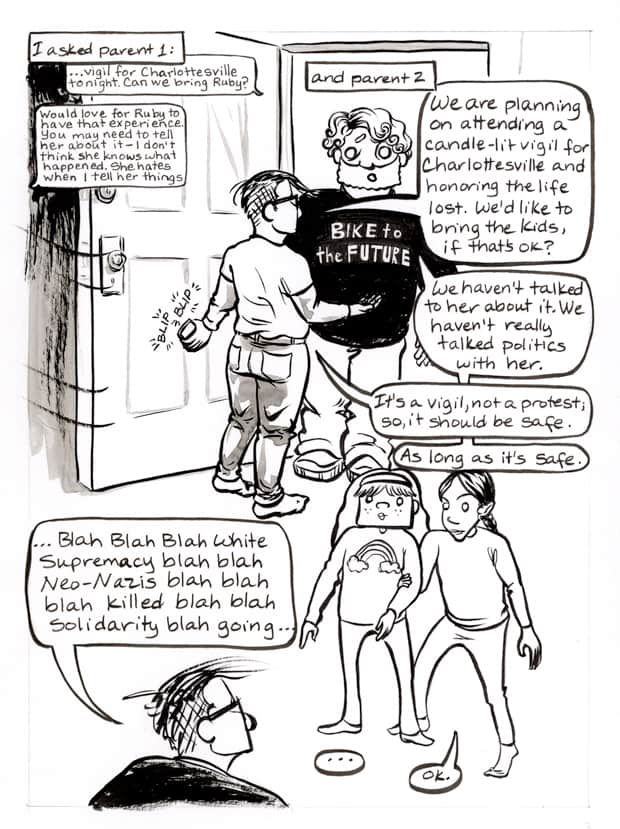 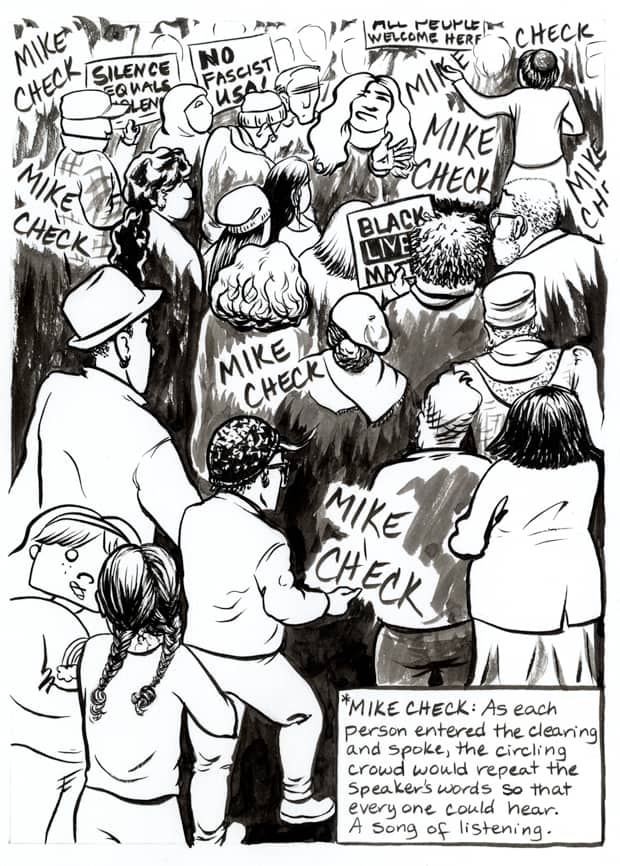 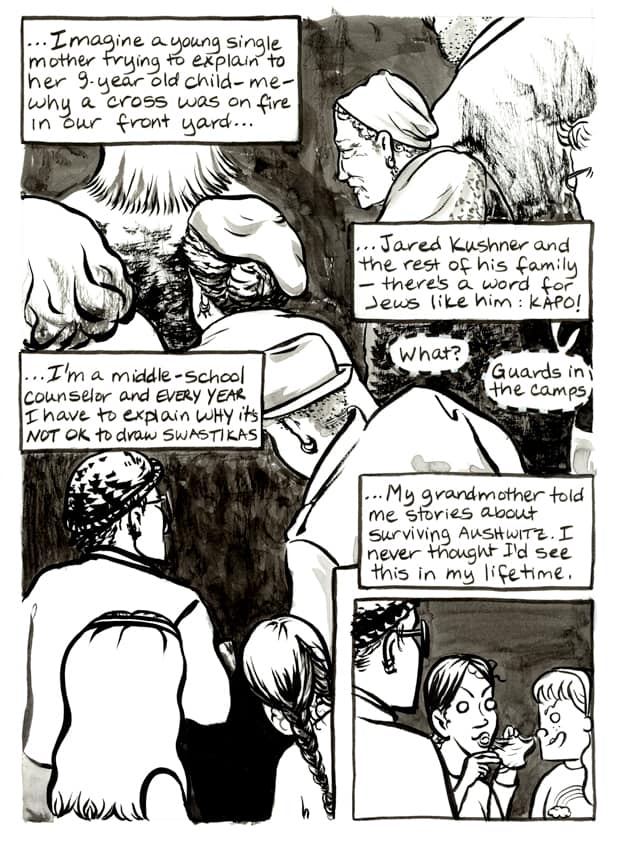 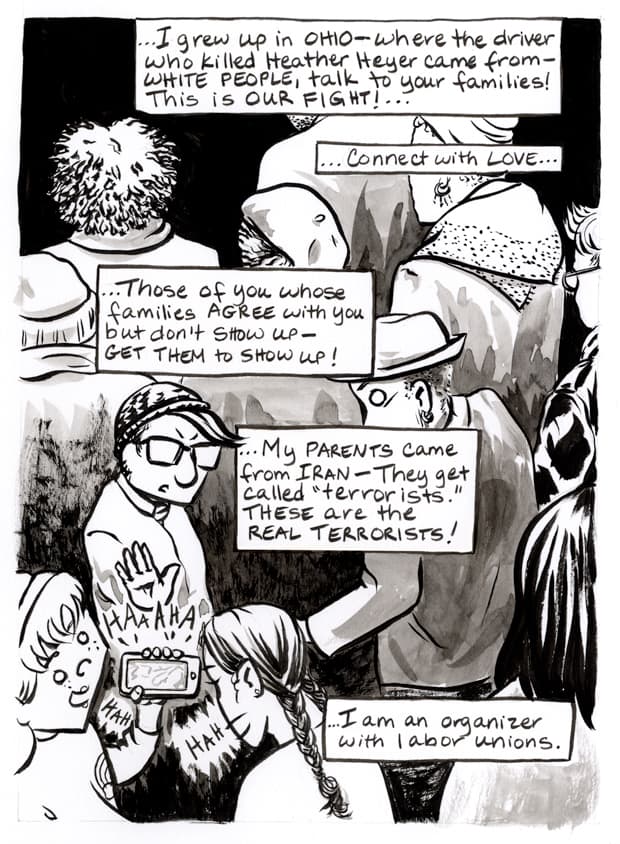 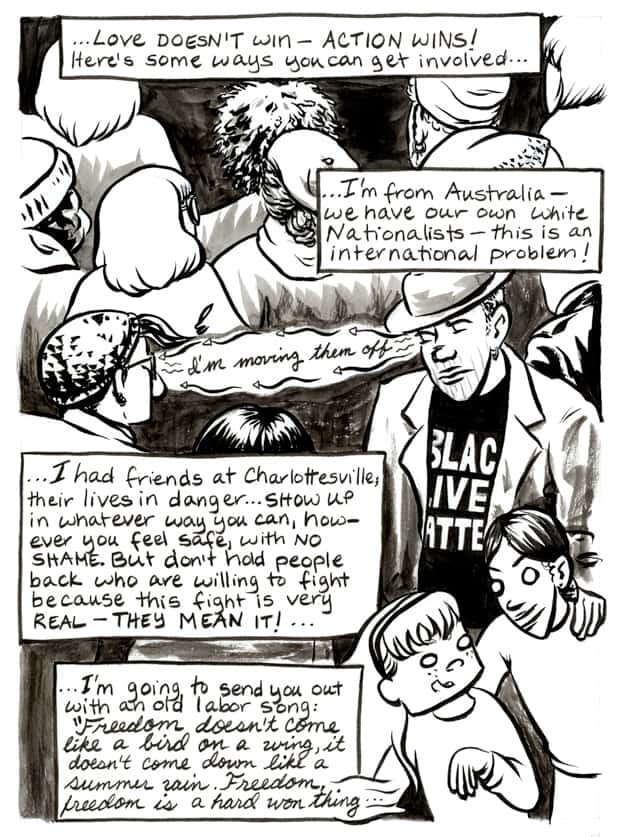 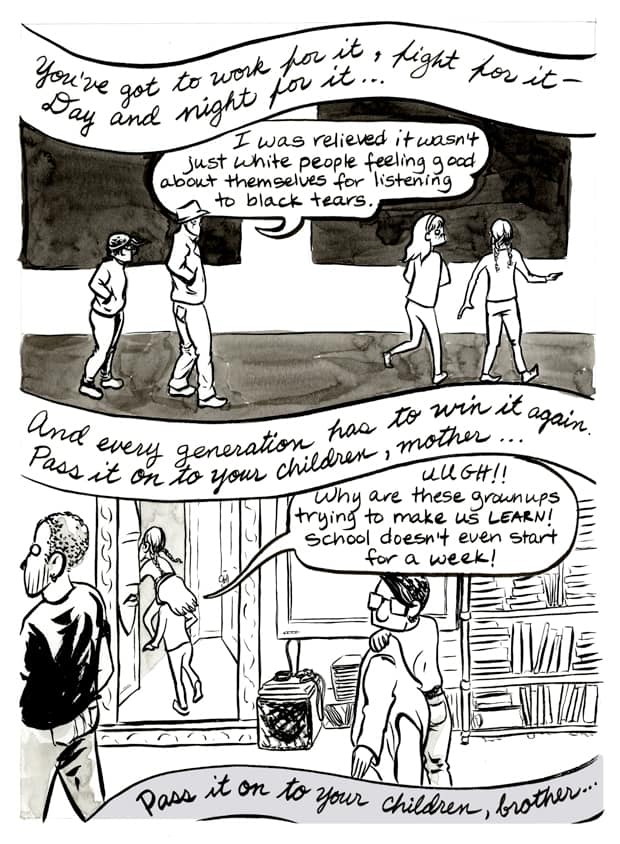 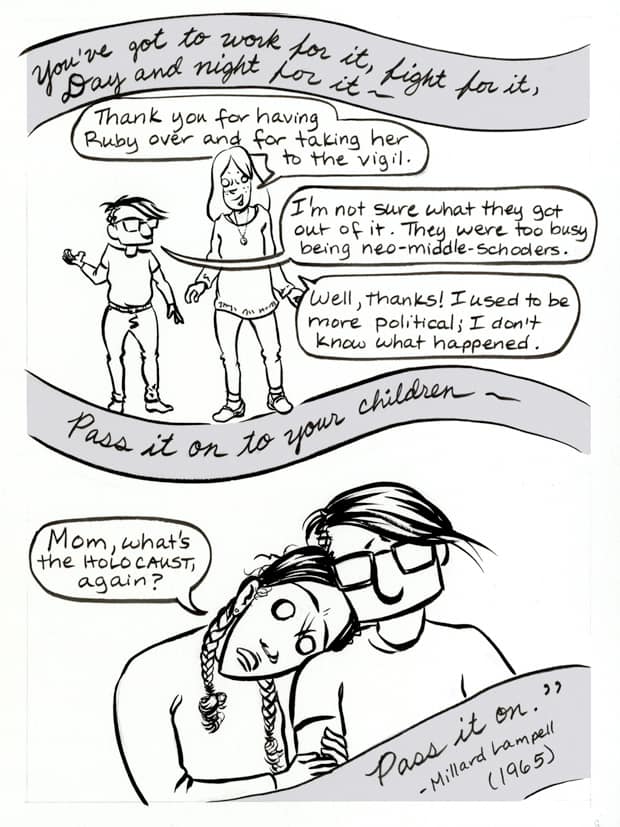 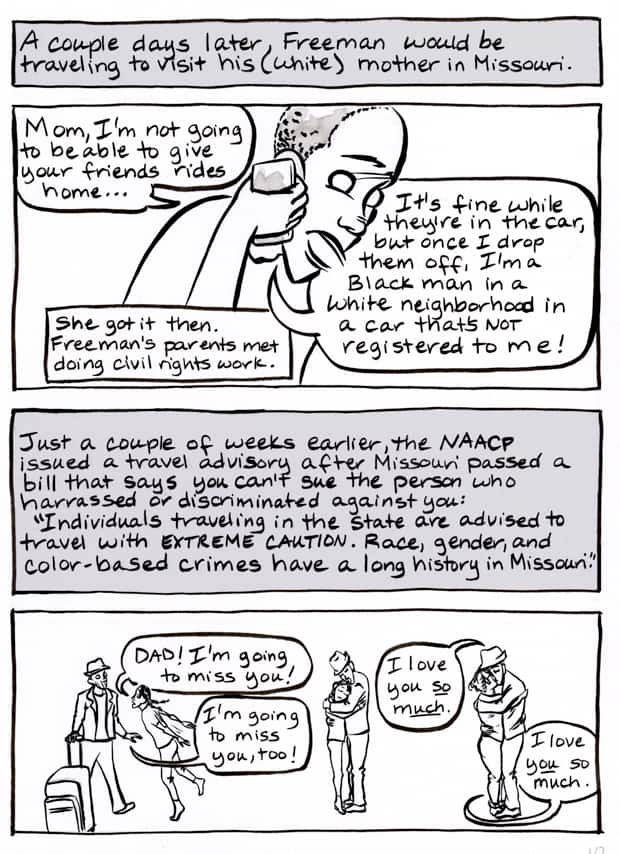 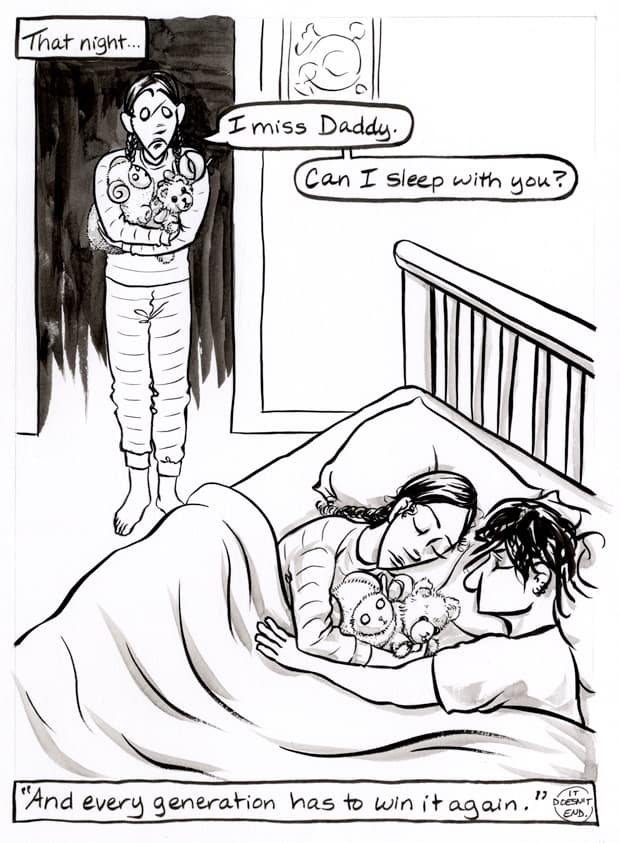 Tyler Cohen is a cartoonist who uses autobiography and surrealism to explore gender, parenthood, race, and female experience in her book Primahood: Magenta (Stacked Deck Press)—winner of the 2017 Bisexual Book Award for Graphic Memoir. Her work has appeared online at PEN America/PEN Illustrated and MuthaMagazine.com and in print in the Ignatz Award-winning anthology, Qu33r, Alphabet, and The Feminist Utopia Project. Tyler also illustrated her sister Kerry Cohen’s memoir, Girl Trouble (Hawthorne Press).