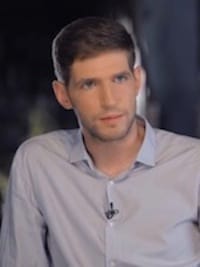 Under an autocracy, there is one rule of survival: remain honest. Autocracy is not frightening in that it prohibits and intimidates; autocracy is frightening in that it uncovers in man the darkest, the most cynical and low. Autocracy teaches man to lie even to himself. And so, in order not to accept autocracy and play by its rules, you need to be yourself and remain honest—primarily with yourself. And continue to do your job, as long as it is possible. In other words, do what you must, come what may.