Liu Xia Is Not Free: Call on President Xi Jinping to Release Poet from House Arrest 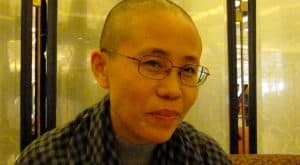 As writers, artists, and supporters of PEN America, we write to express our concern over the continued detention of poet Liu Xia. We ask you to remove all remaining restrictions on Liu Xia, including over her freedom of movement, and to permit her to meet and speak freely with others including her family, friends, and members of the media.

Liu Xia, a celebrated Chinese poet, painter, and photographer, has been under house arrest since 2010, despite having never been charged with any crime. As you know, Ms. Liu was also the beloved wife of writer and Nobel laureate Liu Xiaobo until his death on July 13. The only apparent reason for her long detention is her connection to Liu Xiaobo. As a result of her years of enforced solitude, Liu Xia is reported to be in poor physical and mental health, including a diagnosis of depression and a heart condition.

Liu Xia was last publicly seen on July 15, when she participated in her husband’s memorial service. Since then, she has not been seen in public. Her friends have been unable to meet with her in person, and journalists and diplomats who have attempted to visit her home have been stopped by security agents. While she appeared in a short video in August requesting “time to mourn,” it is widely understood that the video was almost certainly scripted, and that Liu was unable to speak freely.

Although Chinese officials claim that she is free, the circumstances make it clear that she remains in a state of de facto incommunicado detention, cut off from the outside world and barred from making her own free decisions regarding whom to speak with and where to travel.

The UN High Commissioner for Human Rights, the Chair of the Norwegian Nobel Committee, the United States Secretary of State, and the German Embassy to the PRC, among others, have expressed their hope that you will lift all remaining restrictions and ensure Liu Xia’s freedom of movement. As writers, journalists, and free expression advocates, we add our voices to theirs.

We make this call in recognition of China’s domestic and international legal obligations to uphold Liu Xia’s human rights: The Universal Declaration of Human Rights enshrines, and the International Covenant on Civil and Political Rights guarantees, the rights to freedom of speech, freedom of movement, and freedom from arbitrary detention. China is a signatory to both the UDHR and the ICCPR. Liu Xia’s detention was also found to be in violation of international law by the UN Working Group on Arbitrary Detention in 2011. China’s current status as a member of the UN Human Rights Council renders it especially important that China respect these international obligations.

China’s Constitution also guarantees freedom of speech (Article 35), freedom of person (Article 37), and freedom and privacy of correspondence (Article 40), all rights which are implicated by the continuing detention of Liu Xia, which has no apparent legal basis.

We also appeal to your conscience and your sense of compassion. Liu Xia has undergone great suffering for many years, simply for being the wife of a man that China has deemed to be a dissident. She has committed no crime, and she has not been charged with any crime. She is in poor health, she is isolated from those who care for her, and she is grieving deeply for the loss of her husband. She should be free to meet freely with family, friends, and members of the international community, free to travel where she wishes, and free to be reunited with the outside world.

In recognition of all this, Your Excellency, we urge you to lift all remaining restrictions against Liu Xia, and to ensure her freedom of speech, her freedom to meet with others, and her freedom to travel.