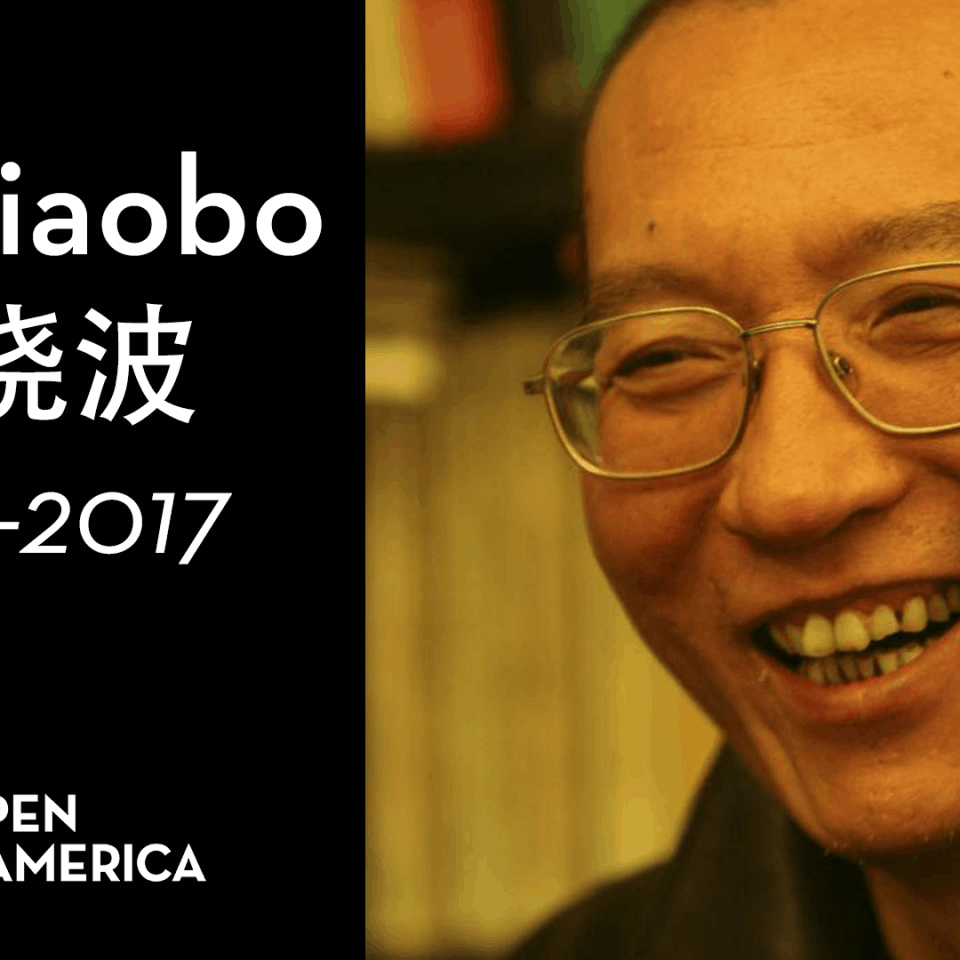 Liu Xiaobo (1955-2017) was a brilliant writer and committed activist. As President of the Independent Chinese PEN Center, he was a friend and compatriot for writers all over the world who struggle against tyranny using words as their sole weapon.

For the act of penning seven sentences, China punished Liu Xiaobo with 11 years in prison. After his arrest in December 2008, PEN America honored Liu with the 2009 PEN/Barbara Goldsmith Freedom to Write Award, kicking off an international campaign for his freedom that culminated in his receipt—in absentia—of the 2010 Nobel Peace Prize.

China’s refusal to honor Liu Xiaobo’s last wish to travel overseas for treatment and its decision to hold him incommunicado during his dying days are a cruel epitaph in the tale of a powerful regime’s determination to crush a brave man who dared challenge a government that sustains its rule through suppression and fear. Liu Xiaobo was not afraid. His courage in life and in death is an inspiration to those who stand for freedom in China and everywhere. 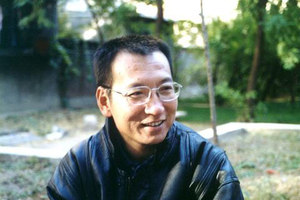 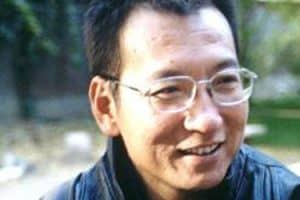 Liu Xiaobo is one of us. He may not be free yet, but we have thousands of Members willing to stand in the snow for him… More 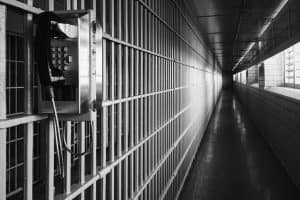 even the ashes don’t belong to you, his body / in the prison of the Communist Party / so that the spirit-cell you built / without a door without… More 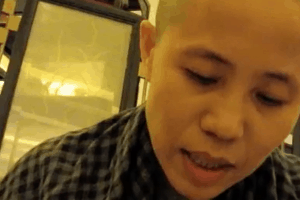 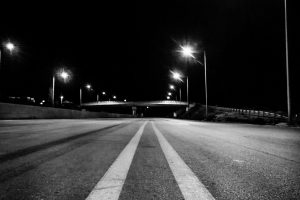 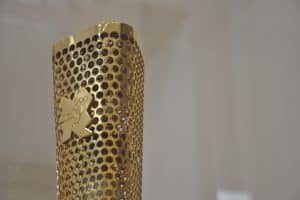 Authoritarianism in the Light of the Olympic Flame

In April 2007, Beijing announced its grand plan for the Olympic Torch Relay. The official theme, "harmonious journey," was clearly meant as an indirect reference to the "harmonious society"… More 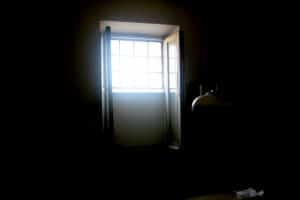 One Letter is Enough, Longing to Escape, A Small Rat in Prison, and Daybreak 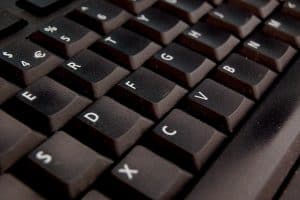 The Internet is God’s Present to China

The ease, openness, and freedom of the internet has caused public opinion to become very lively in recent years. The government…cannot control the internet. More 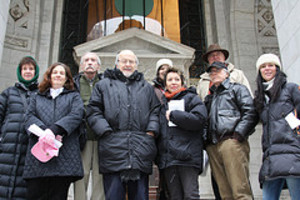 The Seven Sentences of Liu Xiaobo 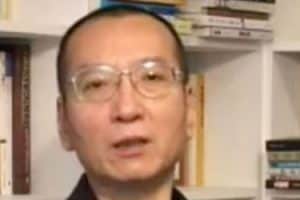 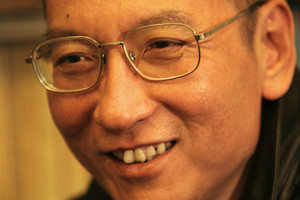 Kwame Anthony Appiah on Chinese dissident Liu Xiaobo, who was sentenced to 11 years in prison on Christmas Day, 2009. More 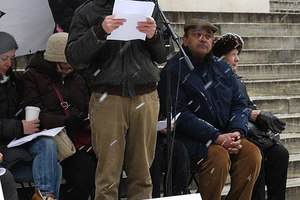 Don DeLillo reads from the 2006 article "Can it be that the Chinese People Deserve Only 'Party-Led Democracy'" and a poem by Liu Xiaobo, as part of the 2009… More 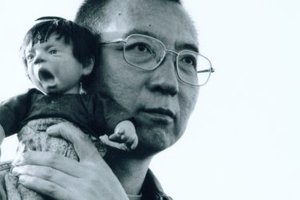 "One Letter is Enough," "Longing to Escape," "A Small Rat in Prison," and "Daybreak" are new poems from Liu Xiaobo, who received the 2009 PEN/ Barbara Goldsmith Freedom to… More

On March 20, 2012, over 100 individuals, organizations, bookstores, and PEN centers are participating in a worldwide reading organized by the International Literature Festival Berlin (ilb) to honor our… More 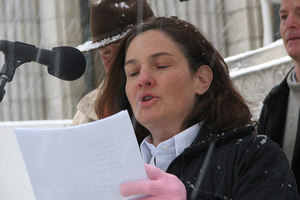 A.M. Homes Reads from “The Many Aspects of CPC Dictatorship” and from the Verdict against Liu Xiaobo

A.M. Homes reads from "The Many Aspects of CPC Dictatorship" and from the Beijing Municipality First Intermediate Peoples Court verdict against Liu Xiaobo, as part of the 2009 event… More 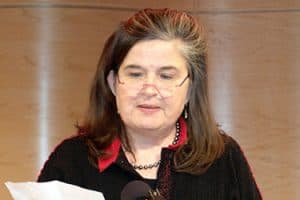 Honor Moore reads from Charter 08, the December 10, 2008 declaration calling for political reforms, greater human rights, and an end to one-party rule in China, and from the… More 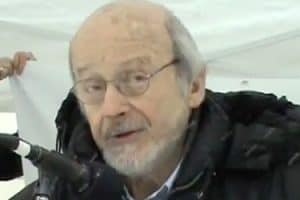 E.L. Doctorow Reads from Charter 08 and a Poem by Liu Xiaobo

Doctorow reads from Charter 08, the December 2008 declaration calling for political reforms, greater human rights, and an end to one-party rule in China, and a Liu Xiaobo poem. More 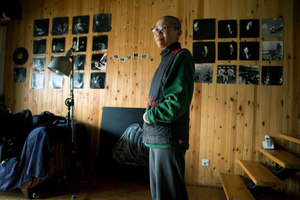 Liu Xia on having papers belonging to her husband, 2010 Nobel Peace Prize winner Liu Xiaobo, confiscated by the police in 2004. More 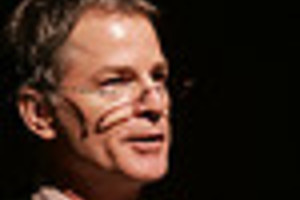 June 5, 1989: An unidentified man faces down a column of tanks a day after hundreds are massacred in Tiananmen Square. It is one of the most enduring images… More 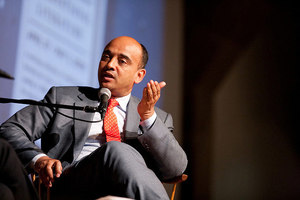 On September 29, 2010, at the 76th International PEN Congress in Tokyo, Japan, PEN American Center President Kwame Anthony Appiah spoke about his nomination of Liu Xiaobo for the… More 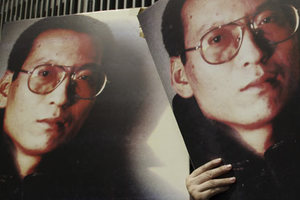 We Remember You, Liu Xiaobo

PEN American President Kwame Anthony Appiah sends a message to Liu Xiaobo one year after he was awarded the Nobel Peace Prize. PEN and all of Liu Xiaobo's supporters… More 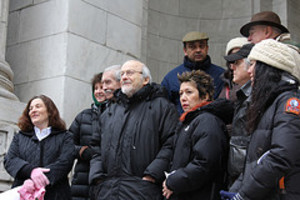 Liu Xiaobo was in Hong Kong on Saturday. He sat silent in a frame, on an empty chair, as hundreds of people bent down to him, a sign of… More 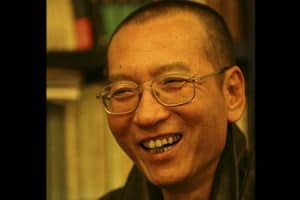 PEN America honored Liu Xiaobo, one of China’s preeminent dissident writers and activists and a leading figure in the PEN movement internationally, with PEN/Barbara Goldsmith Freedom to Write Award. More