“The Saddest Angriest Black Girl in Town” and “Your Black Friend”

This week, I am thrilled to present the first selection of our newest Illustrated PEN guest editor, Whit Taylor. Whit is an Ignatz-nominated cartoonist, writer, and editor from New Jersey. Her comics have been published by Sparkplug Books, Ninth Art Press, BOOM!, The Nib, and Fusion, among others. Whit also contributed a thoughtful autobiographical comic on the days following the November 2016 presidential election, titled “Weekend After,” to Illustrated PEN’s State of Emergency feature this past January. Her graphic novel, Ghost Stories, comes out from Rosarium Publishing in early 2018, which you can preview in an Illustrated PEN introduced by Guest Editor Robert Kirby.

“I am thrilled for the opportunity to serve as a guest editor for Illustrated PEN,” says Whit. “As both a cartoonist and avid comics reader, I truly believe that comics is a medium that has the ability to communicate unlike any other. Comics are not just words and pictures, but something greater than the sum of their parts. They can be entertaining, challenging, and eye-opening, but their greatest strength lies in their accessibility. In recent years, we have seen an explosion of new voices passionately telling their stories and communicating their viewpoints. Some of these creators have been around for a long time and are finally being seen, while others are new to the scene. Showing up and making comics is the first part, but getting them out into the world can be another challenge. My goal as an Illustrated PEN editor is to feature some of these voices and to select work reflecting on a range of topics, experiences, and identities. I look forward to sharing stories from such a dynamic time in comics making.”

For her first feature, Whit has selected excerpts from two comics: The Saddest Angriest Black Girl in Town by Robyn Smith, and Your Black Friend by Ben Passmore. Read below for her introduction to these excerpts, and keep an eye out for future selections from Whit as she joins Meg Lemke and Robert Kirby on the Illustrated PEN team.

How can a personal narrative successfully explore the nuances of a marginalized identity, while also connecting with those who have not shared in these collective experiences? Robyn Smith’s The Saddest Angriest Black Girl in Town and Ben Passmore’s Your Black Friend explore how blackness is experienced, consumed, misunderstood, and at times minimized in predominately white environments in their respective comics. Sadness, anger, fear, and loneliness are present in both pieces, but their differing narrative approaches (Smith’s first-person and Passmore’s third) give each piece a distinctive yet effective tone. 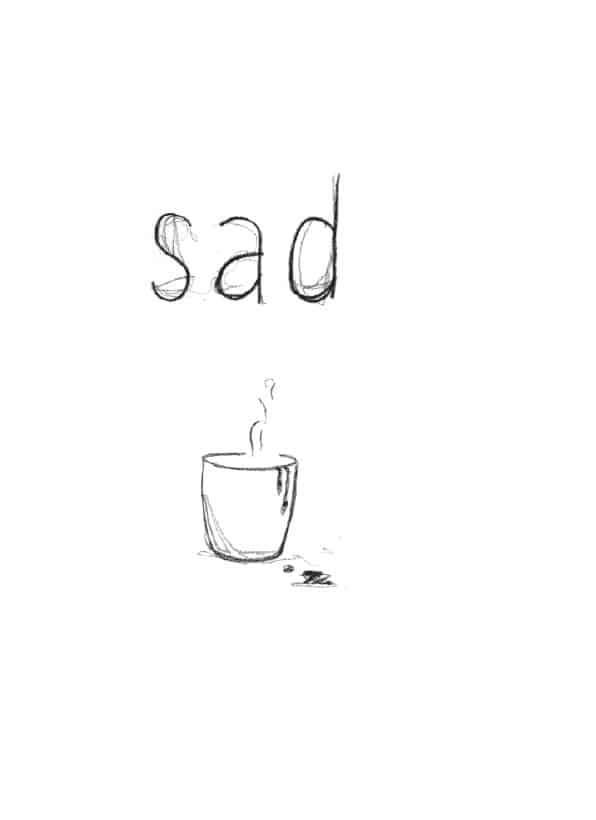 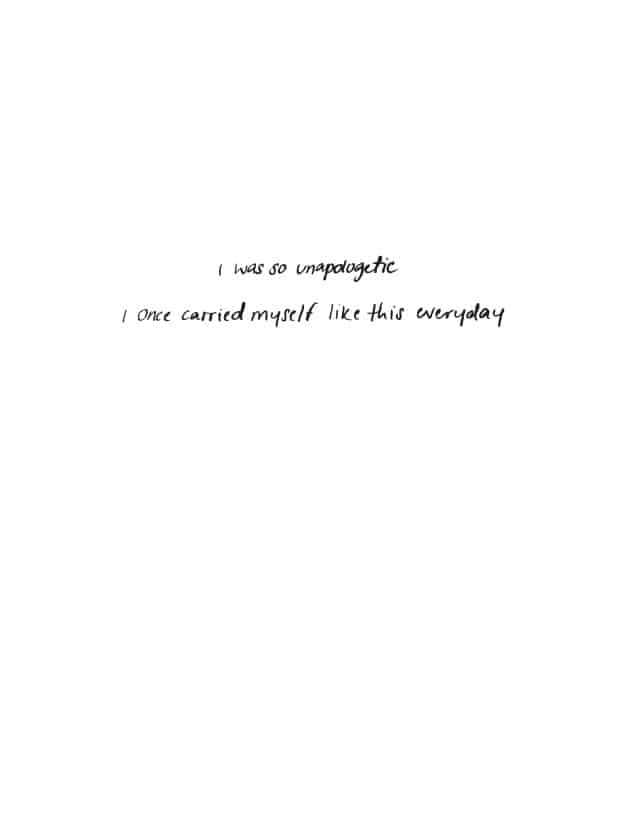 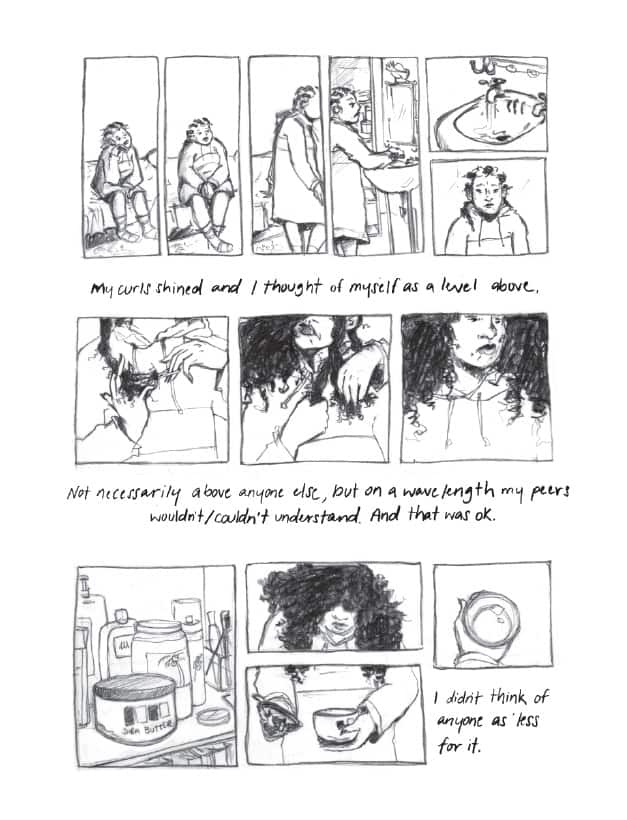 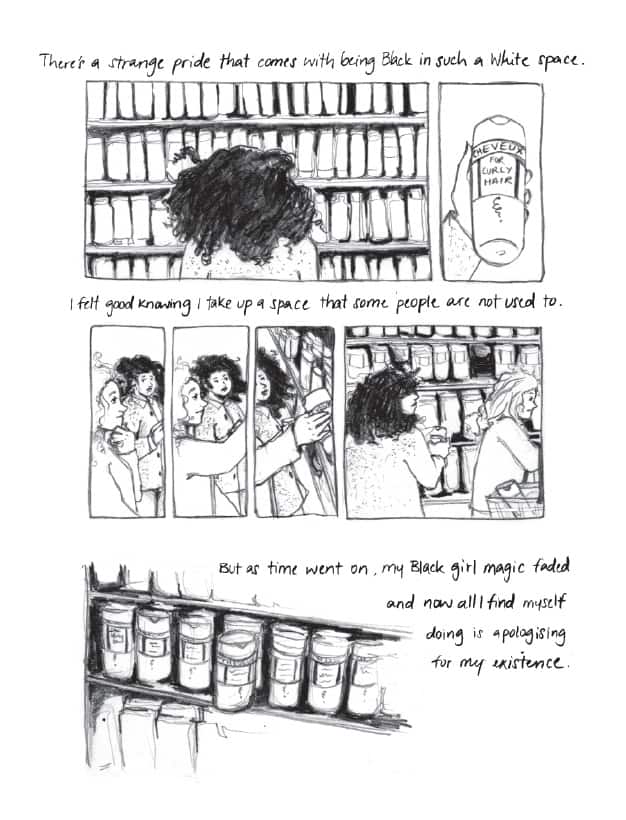 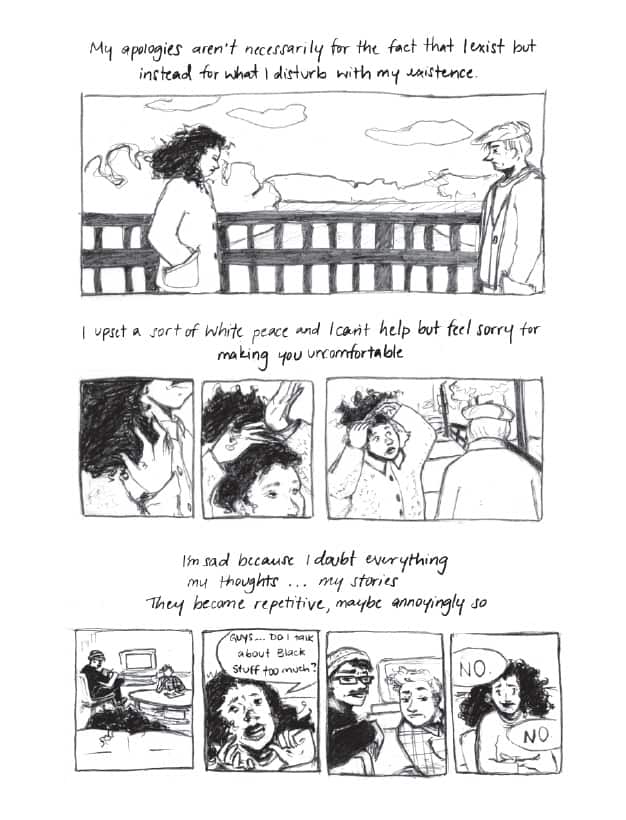 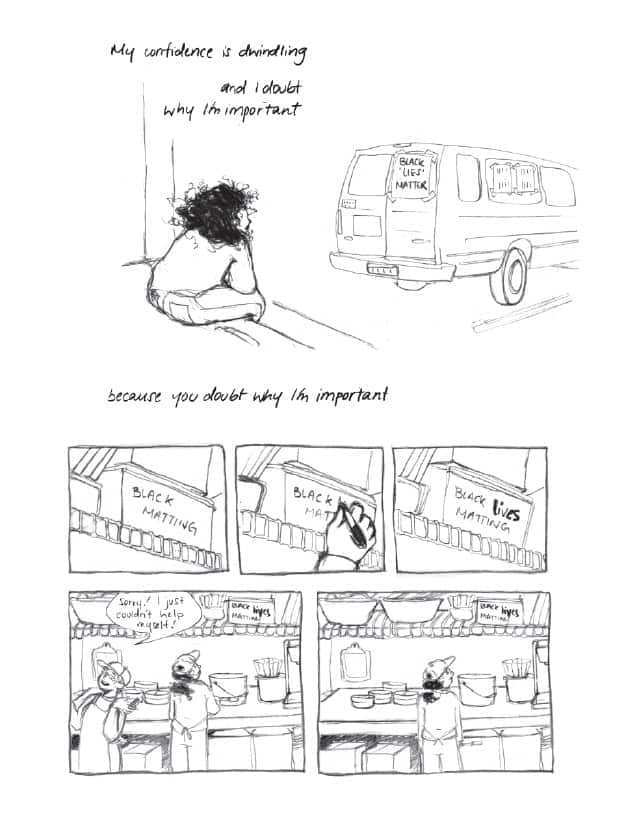 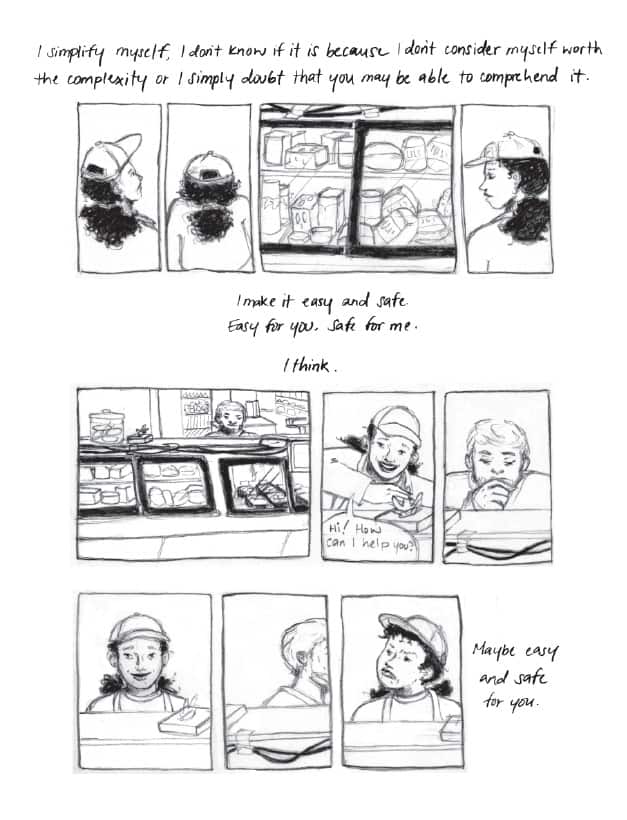 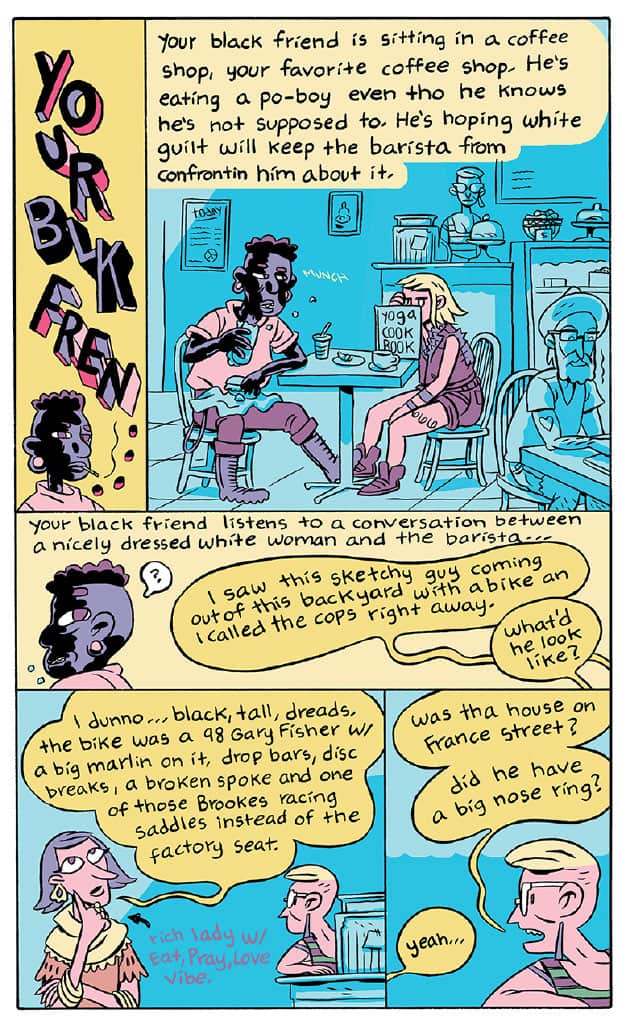 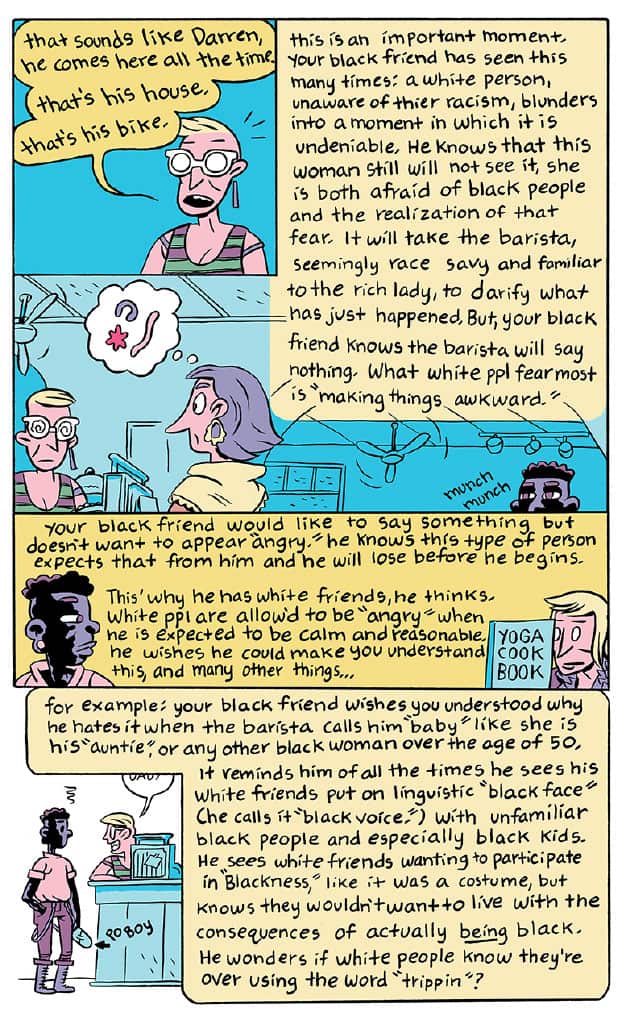 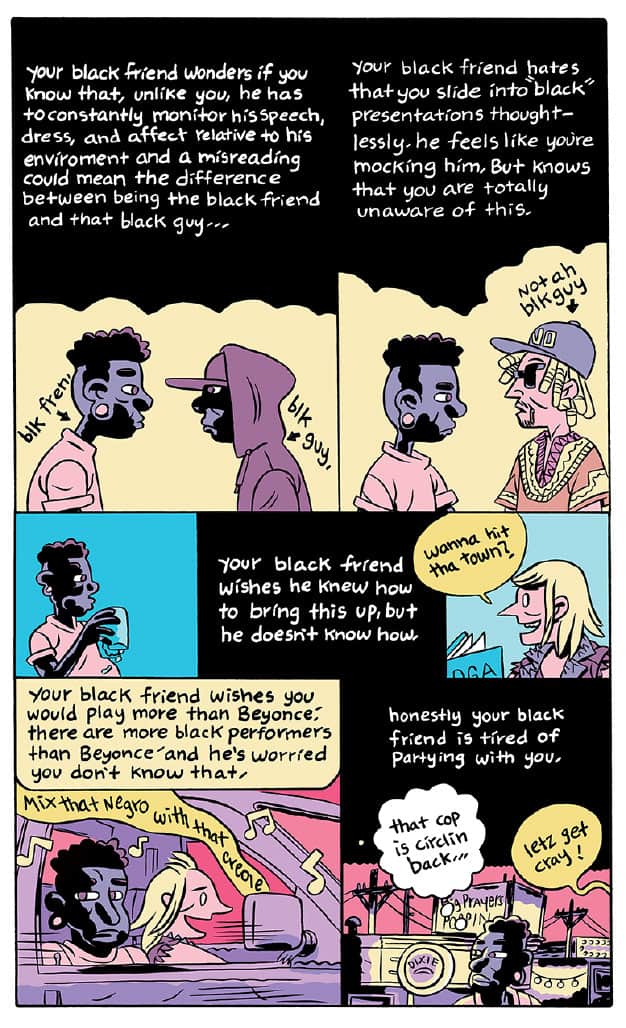 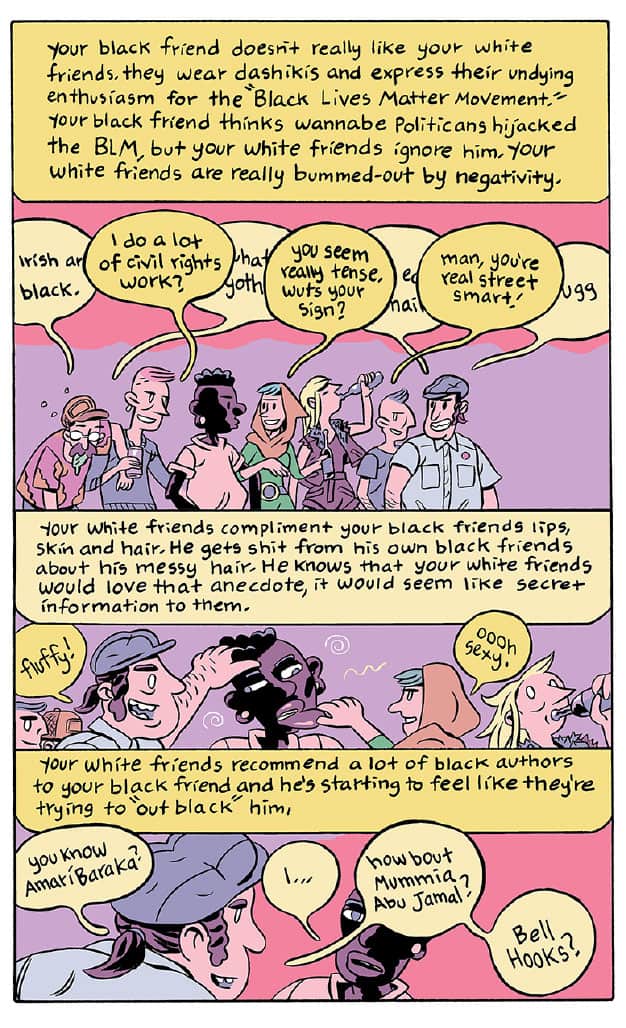 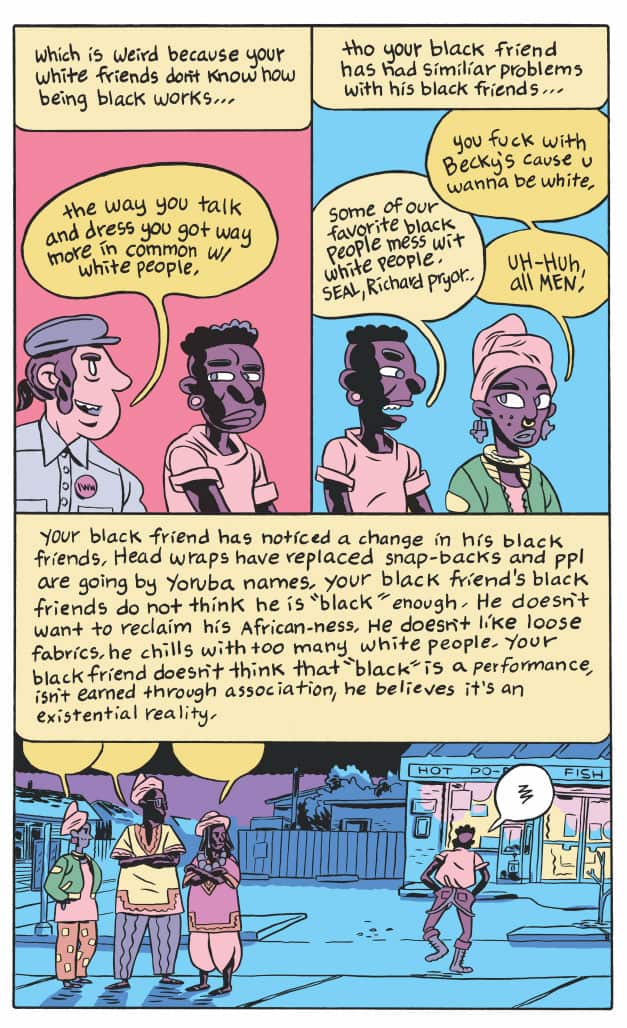 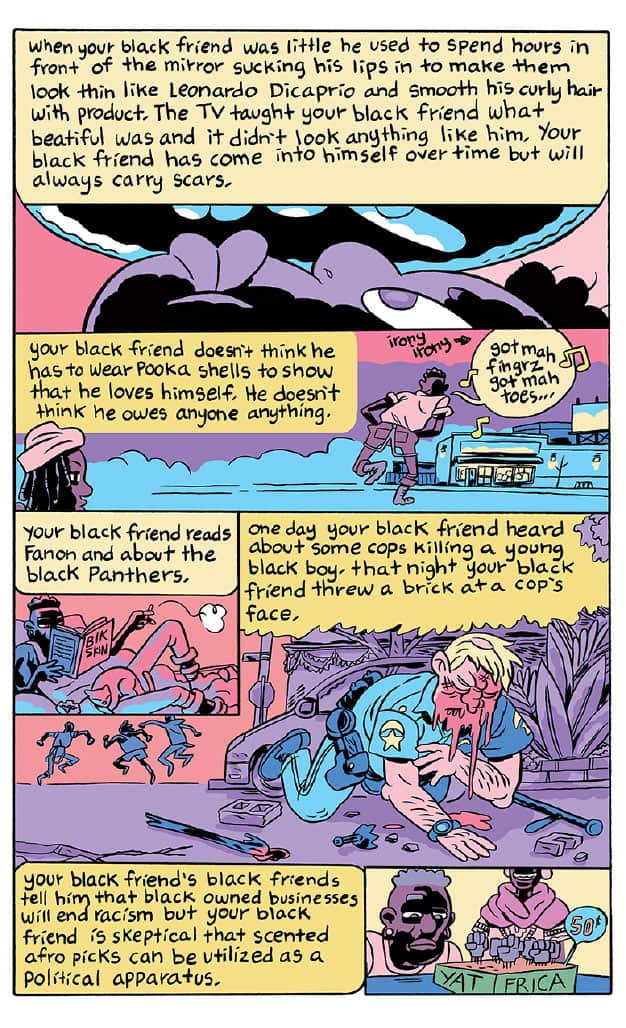 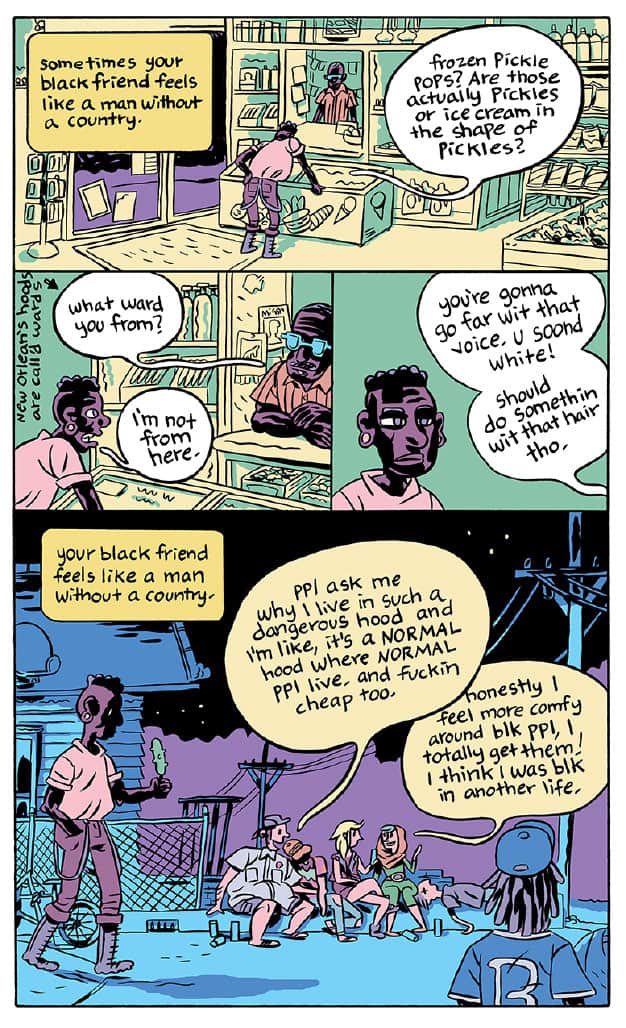 Robyn Smith is a Jamaican cartoonist currently based in rural Vermont. She has an MFA from the Center for Cartoon Studies and has worked on comics for NECIR (New England Center for Investigative Reporting), the Seven Days newspaper, and College Humor. She’s also been featured on The Comics Journal list The Best Short Form Comics of 2016 by Rob Clough for her mini comic The Saddest Angriest Black Girl in Town. She’s currently working on more weird, sad autobio stuff and holding on to dreams of returning home, to the ocean.

Ben Passmore lives in New Orleans and is the artist behind many comics, including DAYGLOAYHOLE, Fighting for a Better History (The Nib), and the Eisner-nominated, Ignatz Award-winning Your Black Friend (Silver Sprocket). He is in a number of anthologies such as Irene, Speculative Relationships, As You Were, and Felony. His illustrations have appeared in publications including the Raging Pelican, Antigravity, VICE, and Classical Magazine. He is one of the organizers of NOCAZ (New Orleans Comics and Zine Fest).

The Customer is Always Wrong

When I met him: I was introduced to Sondheim at a @PENamerica event by Meryl Streep (who had no idea who I was apart from being baby Ash's daddy) and so Stephen had no idea who I was, and that was just fine by me. I said shook his hand and said hello, and went back to my table.