Kirby writes: Jason Martin’s work depicts, with zen-like skill, the tiny epiphanies of ordinary life; those moments when we connect with others, with art, with the surrounding world, or with our own complex emotions. This triptych of short comics, drawn especially for Illustrated PEN, neatly demonstrates his quietly moving aesthetic. 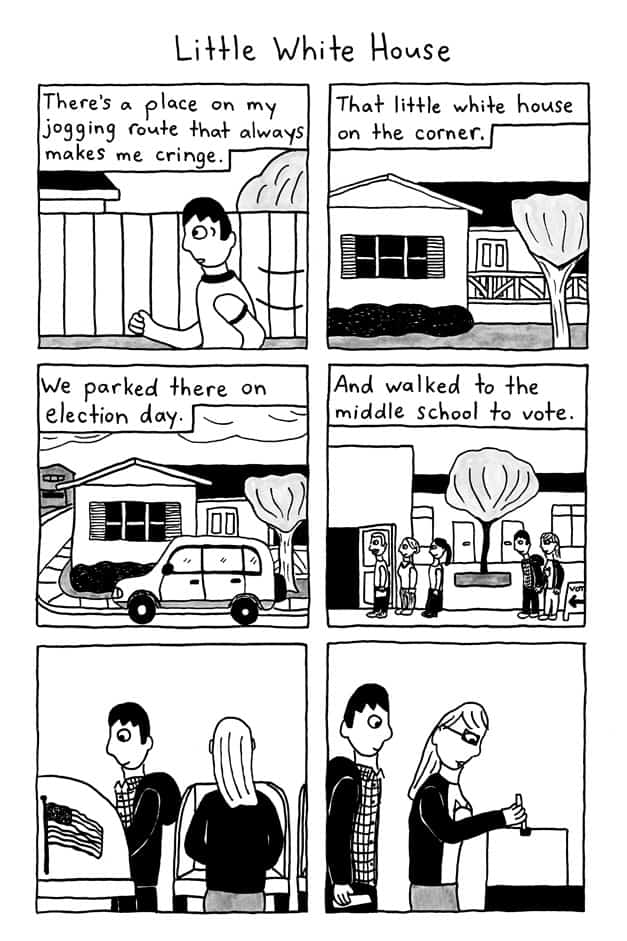 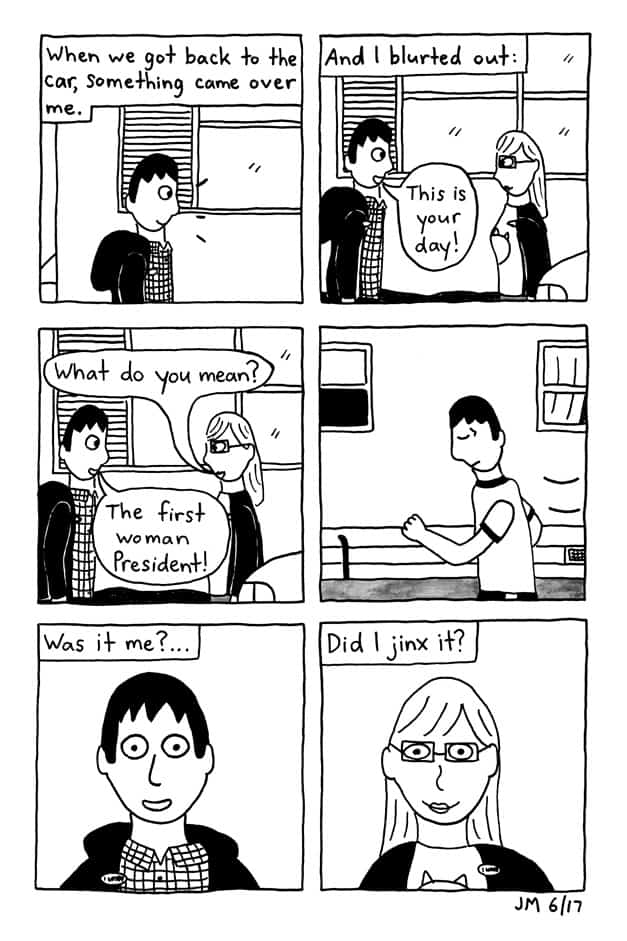 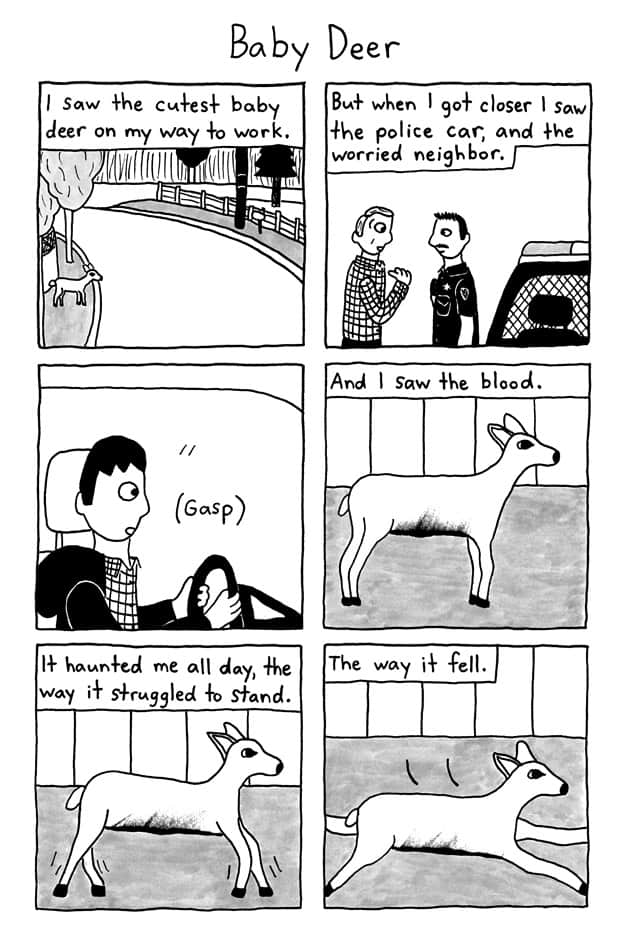 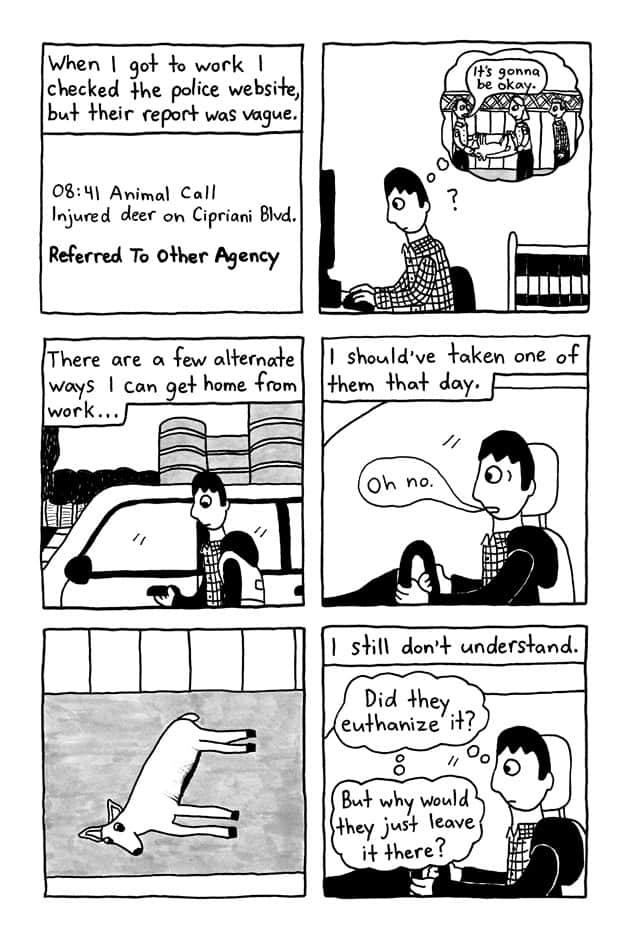 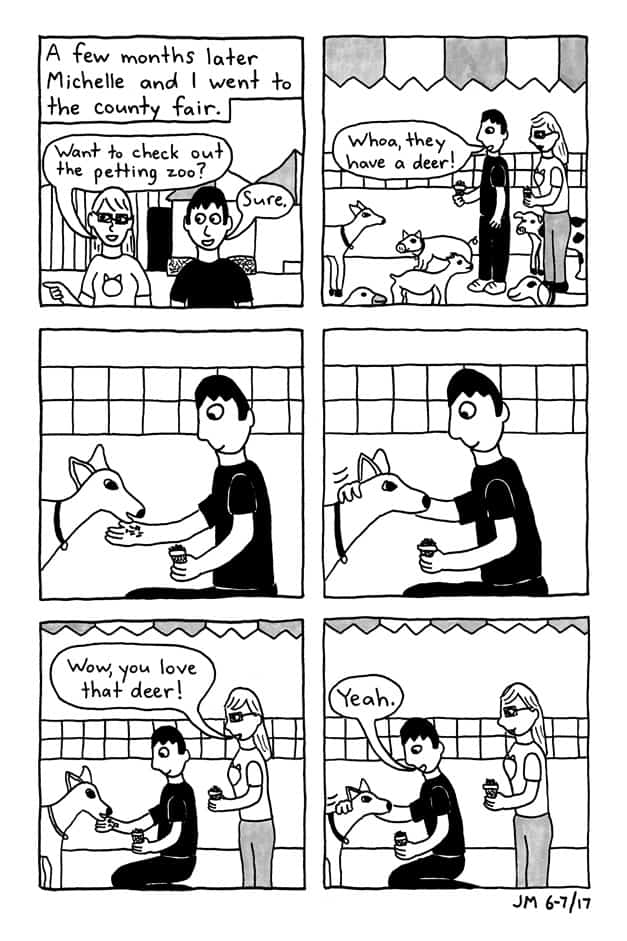 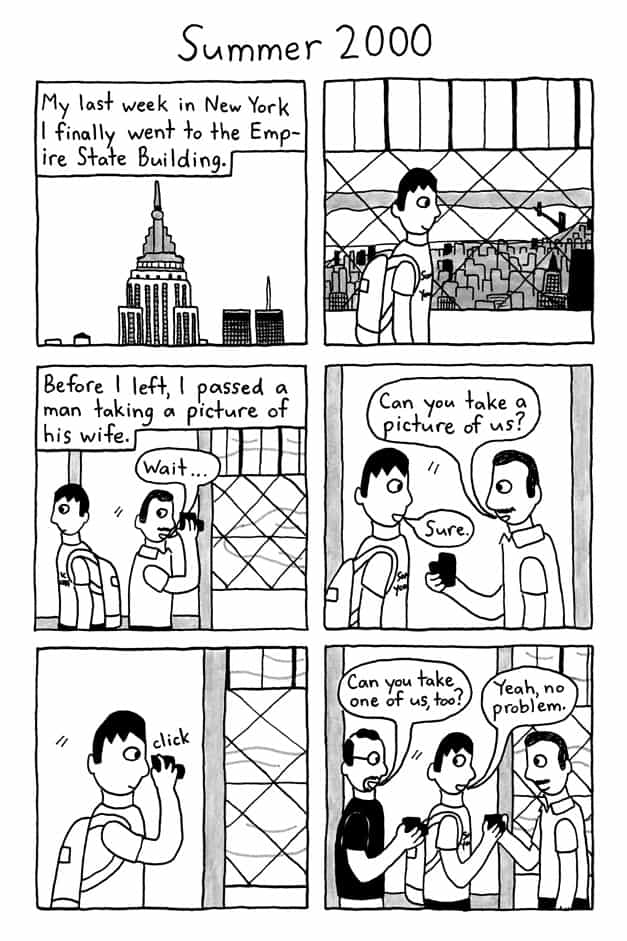 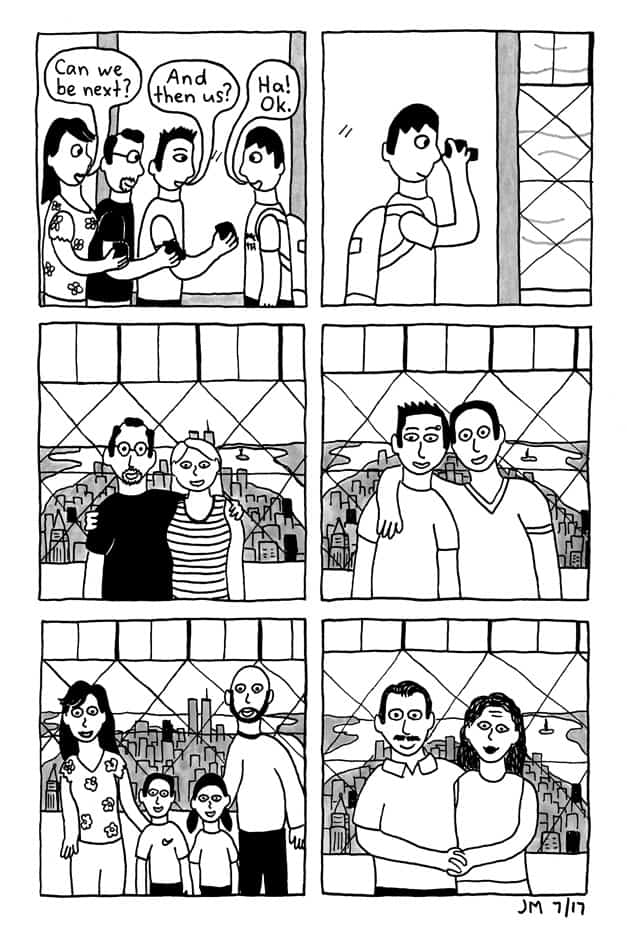 Jason Martin studied creative writing at UC Santa Cruz and has been self-publishing his comics since 2004 in zines like Laterborn, Black Tea, and Bright Nights. In 2011, he wrote all the comics for the final issue of Papercutter (Tugboat Press), which earned an Ignatz nomination and a Notable Comic in Best American Comics 2013. He also co-hosts “SP – A to Z,” a podcast about the Smashing Pumpkins. Visit his website for more information.

The Art Class is a Sanctuary City