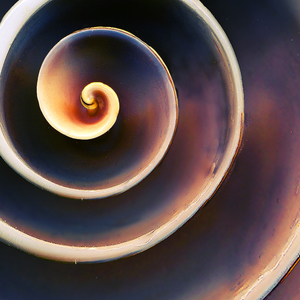 Gómez-Peña will be participating in five events at the PEN World Voices Festival of International Literature: Opening Night: The Drug Edition on April 25, Reckoning Mexico on April 26, Inside Out: Modern Chicano/a Culture on April 27, Mexican Poetics: A Lecture-Performance on April 28, and ¡Cabaret Mexicano! on April 30.

(In the early 90s, I wrote a poem as part of my trilogy “The Re-discovery of America” by the Warrior for Gringostroika, which five years later would inspire Subcomandante Marcos to write his famous poem “Marcos is…” I was honored. Fifteen years later, I have taken Marcos’s text, re-written it and made it my own again. In other words, this is my voice, developed by Marcos and re-appropriated by my older self as an attempt to re-map my consciousness in the new century, and the new borders in my own psyche.)

You ask me with your characteristic candor who am I or rather who I have become and what I stand for in this time and place? And I warn you: It is a complicated answer to fit in a Saturday morning revisionist poem but, because I love you and I embrace formidable challenges, I’ll give it a try, fully aware of the dangers of overusing the rhetorical statement “I am”:

In Mexico, I am an activist against violence; in the US, I am always against amnesia, but to be more geographically specific, in the Sonora desert, I am a Yaqui elder who remembers the way things were before the Spaniards & the Anglos arrived; and in Oaxaca, I am a Zapotec teen who has chosen to forget. It’s a survival strategy & if you want me to elaborate, I can stretch my identity even more across borders and continents and state…

I am NOT really
but strategically speaking…I can be
a dandy lost in the Arab Spring
a queer activist In San Francisco,
a defiant low-rider in Southern Texas,
a poetry book banned in Arizona;

I am, que soy, performing, anger & imagination
Performing fluctuating cartographies & identities
Performing real & fictional memories
& I just can’t stop being ‘others’…
Verbi gratia:
a transvestite in Tijuana
with infected implants & a foul mouth
a Turkish graffiti artist in Berlin
risking his life at 3 in the morning,
an Algerian DJ In Paris or Madrid
making his oblivious enemies dance,
a Russian sex worker in Amsterdam
giving pleasure to those who hate immigrants
a neo-Nuyorrican poet in Manhattan,
double exile; 3rd generation; 4th world…I am
I am que fui, que soy,
a permanent border crossing gypsy, alien, wetback, ghost,
sudaca, indignado, ocupa, sin tierra, el 132 del otro 99%
& yes, y por supuesto,
I haven’t forgotten,
I am still a Zapatista in Chiapas,
cuarta region del planeta Poesia
porque todos somos Marcos, Evo, Antanas,
y todas somos Tawakkol Karman,
Rigoberta Menchu & Arundati Roy,
folded into one humungous dream
“We are,”
or rather I am
all of us
but no one in particular, nadie,
an orphan of all nation states,
But always an artist, a writer,
an artisan of living images and words
obsessed with crossing borders on stage
at street level & in my dreams
defying all nationalisms and fates
contesting organized religion & the capital Art World
aclaro estimado público/ lector:
I don’t pretend to speak for you
I just acknowledge our parallel experiences
& multiple desires
& act upon them,
like an adolescent rebel
who happens to be 60
it’s called “performance art.”
(I howl)
but, to tell you the truth,
tonight, when the performance is over
I’ll be merely myself again,
un emigrante mas
un mexicano menos
solo,
solito
inseguro
sin tierra
ni chamba
joder!