Media attention has been elevating the conversation around criminal justice and prison reform for some time now. Michelle Alexander’s The New Jim Crow and Ava DuVernay’s The 13th have reached wide audiences in the last few years with damning, rigorously researched information on mass incarceration—that the United States has the largest prison population in the world, that felony disenfranchisement and prison-based gerrymandering render voting power gravely unequal in our country, and that black Americans are disproportionately affected. Mainstream representations of the incarcerated experience, like Orange Is the New Black, have helped to unsettle the binary of good and evil often imposed on inmates. And long-form journalism, like Jennifer Gonnerman’s reporting in The New Yorker on Kalief Browder’s wrongful confinement and subsequent suicide, has been entered into both judicial and legislative consideration.

PEN America has been involved in this work for decades, particularly through the PEN Prison Writing Program, which since 1971 has engaged inmates in writing workshops and administered a range of contest and publication opportunities. The program serves to affirm our advocacy for the universal right to free expression. But it also serves to complicate and counter the deeply held beliefs behind the carceral state—ideas of fear, safety, punishment, and rehabilitation which have held these systems in place for so long.

Many of our obstacles to progress can be attributed to stubborn narratives. These stories are rooted very much in our country’s puritanical past, something we unpack in our guide to The Scarlet Letter for the inaugural edition of Read the Resistance. They are rooted, as well, in our slaveholding history. They manifest in essentialized, exclusionary, and frankly race-based convictions about character—something we disguise all too easily with the myth of the self-made American.

These were the stories that came to mind this past week when I read a recent Current Affairs piece by Nathan J. Robinson on the poet Reginald Dwayne Betts. Betts has been profiled in The Atlantic and The New Yorker. He is an award-winning author of two books of poetry and a memoir, the recipient of an NAACP Image Award, a Radcliffe Fellowship from Harvard, and a law degree from Yale. He has worked as a professor, a speaker, and with the New Haven Public Defender’s Office. He has achieved all of this (and more) since being released from prison in 2005 after an over eight year sentence—including 14 months in solitary confinement—for a carjacking he committed as a teenager.

Despite all of this—and despite having passed the Connecticut Bar Exam—Betts was informed this past Thursday by the state’s Bar Examining Committee that he may not have the necessary “character and fitness” for admission to the bar. The committee specifically referred to an article of its regulations which provides for the denial of admission on the basis of an applicant’s past record.

Character and fitness, with regards to record, are undoubtedly subjective criteria. That an applicant with so remarkable a slate of accomplishments should be denied on this basis, however, is shameful evidence of how insurmountable the American narrative of criminality can be. One of the most important ways we can respond to this crisis as a literary community is by centering and seriously considering the work that casts prison, prisoners, and the prison state and industry in new light. Here are five places to start. 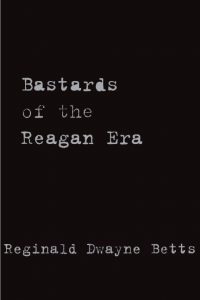 Betts’s second book of poetry, winner of a PEN/New England Award in Poetry and shortlisted for the 2016 PEN Open Book Award, is a lyrical dispatch on how profiling, mandatory minimum sentences, and the war on drugs have devastated the black community. It is also a testament to the transformative effect literature—and the work of black poets in particular—had on Betts’s life. 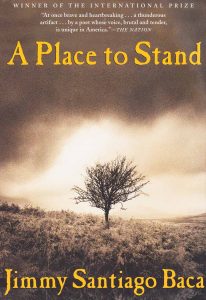 Jimmy Santiago Baca was illiterate when he entered prison at 21 for selling drugs, and began to read and write over the course of his sentence. He sold his first poems to inmates for cigarettes—and eventually to Denise Levertov for Mother Jones. A Place to Stand tells Baca’s story while also emphasizing the dignity and humanity of the unpublished and unheard voices of those he was sentenced with. 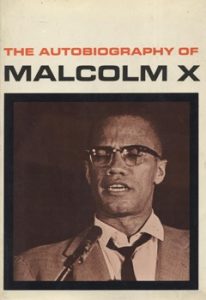 3. The Autobiography of Malcolm X As Told to Alex Haley

From the perspectives of both genre and content, Malcolm X’s autobiography—and Alex Haley’s co-authorship—occupy a single place in American nonfiction. The work is a necessary account of black pride and black nationalism, filtered through a tremendous personality (and re-filtered through his interviewer). It is also a spiritual conversion narrative that, in many ways, takes off from Malcolm X’s early crime and prison experiences. 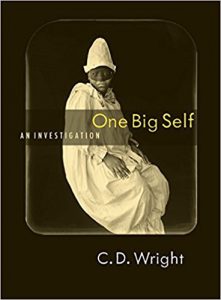 Steph Burt’s remembrance of C.D. Wright describes her as a poet “whose artistic powers cannot be separated from her deep sense of democracy, her work against boundaries, rankings and exclusions, her insistence that poetry, and society, should become, not a hierarchy or a star system or a way to exalt a singular self, but a way to be generous.” This seems perfect for a poet who produced so prolifically through the documentarian means of curiosity, assemblage, and empathy. Resulting from a collaborative trip through Louisiana prisons with the photographer Deborah Luster, One Big Self presents a range of histories, incisive commentary on the prison-industrial complex, and intimate details from prisoners’ lives. 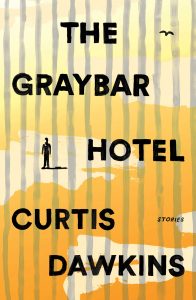 This recent debut story collection has attracted both praise and controversy. Dawkins is a convicted murderer serving a life sentence without parole—a fact I myself could not ignore and at times felt culpability toward as a reader of the work. I found myself frequently uncomfortable over whether this was an experience and voice I wanted to include in my own sphere of literature. I don’t know that this book (or any book) can be recommended universally. But I do think it speaks importantly to the human capacity for atrocity, guilt, and remorse. And I think the stories which challenge us and frighten us are sometimes those which change us most indelibly.