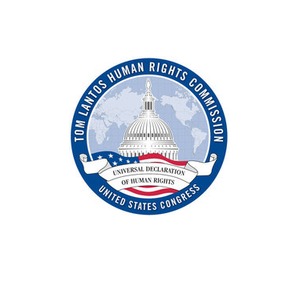 This year, five bloggers and publishers were murdered in Bangladesh, and several others survived similar attacks, culminating in a disturbing pattern of targeted killings of those who exercise their right to free expression online. To bring attention to and discuss the current situation surrounding these harrowing events in Bangladesh, Karin Deutsch Karlekar, our director of Free Expression Programs, presented these remarks at the Tom Lantos Human Rights Commission on December 1, 2015.

Members of the Commission, I am honored to be a part of the panel convened today to discuss the environment for human rights in Bangladesh. I currently serve as head of the Free Expression Advocacy team at PEN American Center. Avijit Roy was murdered during my first week on the job, and since that day we have been trying to draw attention to this heightened threat to free expression, as well as aid individual bloggers currently at risk.

In my previous position at Freedom House, I closely monitored the situation for human rights, and particularly press freedom, in Bangladesh for more than a decade, and can thus place the current trends in a broader historical perspective.

As you have already heard, five bloggers and publishers—who either write about secular themes or have published the work of secular writers—have been murdered this year under gruesome circumstances, and several others have survived similar attacks. Hardline Islamist groups have orchestrated and claimed responsibility for the murders.

This is an unprecedented situation anywhere in the world, and particularly so in Bangladesh, a Muslim-majority democracy with a tradition of tolerance, where freedom of expression, although not perfect, has generally been respected since its independence in 1971. In the decades since then, there have been only isolated instances of writers who have had to flee after receiving death threats, most famously the writer Taslima Nasrin in the mid-1990s. The country also has a rich linguistic and literary culture, where authors are revered and where annual literary and book festivals are attended by thousands of people.

Bangladesh has historically also had a vibrant media scene, with hundreds of newspapers publishing, and the expansion in recent years of the private television sector has added to that diversity. Although restrictive laws remain on the books and censorship has increased during periods of military rule, the country in recent years has been rated by Freedom House in the “Partly Free” category; last year, it was ranked 115th in the world, out of 199 countries and territories.

However, the trends for media freedom and freedom of expression in the past several years have been negative. The current government has employed defamation laws, the Information and Communications Technology (ICT) Law, blasphemy laws, and contempt of court laws to attempt to silence critical voices, including that of British journalist David Bergman, charged with contempt of court in December 2014. Freewheeling television talk show hosts such as Matiur Rahman Chowdhury, host of Frontline, have been silenced earlier this year. After a lull, physical attacks against and harassment of reporters are again on the rise.

There has also been a marked rise in threats from Islamist groups directed at both journalists and bloggers. Extremist groups published a “hit-list” of 84 bloggers in late 2014, and further lists published in 2015 have also targeted journalists and other members of civil society. Those identified as “secular” or “anti-Islamic” are particularly at risk, and female journalists have received specific threats for appearing on air. The police and other authorities are offering little in the way of assistance or protection; as a result, dozens of bloggers are in hiding or are trying to leave the country in order to stay alive. The escalation of threats from extremists appears to be tied to increased tensions in the last several years between Islamist groups and pro-secular activists, in part due to larger political conflicts over the War Crimes trials, the death sentences handed down to leaders of the Jamaat-e-Islami party, and broader debates over the very nature of Bangladeshi society.

This escalation of extremist attacks against writers who appear to be targeted solely for the peaceful expression of unorthodox or critical views is deeply worrying. Apart from the tragedy for the families involved, it affects society more broadly as voices are silenced, self-censorship increases, and many others become more afraid to express their opinion.

PEN has called for the government of Bangladesh to take all necessary measures on two fronts: First, those responsible for the murders must be prosecuted and brought to justice. Second, authorities need to provide adequate protection for secular bloggers and all writers at risk before they are attacked. In several cases, bloggers requested protection and it was not given. Authorities have also made statements blaming the bloggers for the violence and suggesting that they refrain from blasphemy. This has created a situation of mistrust and deep insecurity. Additionally, legal reform is needed to decriminalize defamation, abolish the blasphemy law, and amend the ICT Act so that they are not used to punish peaceful expression.

We also call on the United States government to respond to this threat to free expression in Bangladesh, through 1) Regularly expressing concern to their Bangladeshi counterparts and urging them to better protect local bloggers and to identify and prosecute those responsible for the murders, 2) Maintaining assistance for local and international non-governmental organizations who can provide financial and other forms of support for journalists, writers, and bloggers at risk, and also civil society more broadly, and 3) Extending direct official assistance, including the granting of a small number of humanitarian visas, to those currently at imminent risk of attack.

Thank you for your attention to this disturbing trend, and we look forward to working with you on this issue.