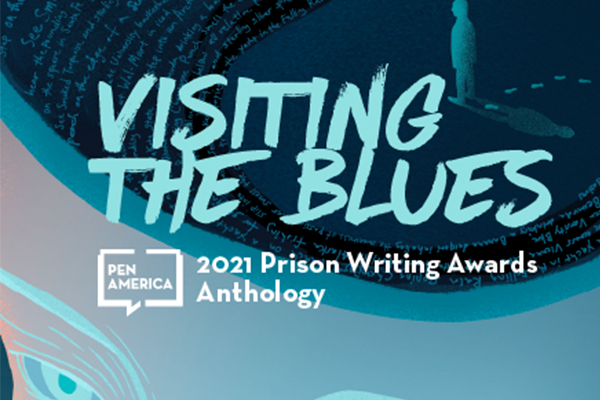 Every year, hundreds of writers in prisons around the country submit works to PEN America’s Prison Writing Contest. This year’s submissions spoke to the resilience, individuality, and indomitable artistry of writers inside prison walls. While we celebrate the accomplishments of this year’s winners, it would be remiss not to acknowledge the devastating aftermath of the pandemic’s second year, which saw the eruption of carceral facilities as viral hotspots, empty promises of decarceration, and vast disparities in prison health care. In a time of acute disaster, this contest presents writers, poets, and playwrights with a conduit for their experiences, imagination, and indispensable literary voices. S

With special thanks to our Prison Writing Committee, who spent hours intimately involved with the thousands of submitted works to curate these incredible pieces. These pieces will be publicly available on our website, and are also included in our 2021 print anthology, Visiting the Blues.

Kevin Schaeffer, “In Response to Pascal’s Conjecture That All Human Unhappiness Stems From Not Knowing How to Remain Repose in a Room“

Demetrius A. Buckley, “Letter from Daddy”

David Webb, “No Change in Sight”

Ibn Dawud Al-Ugtani, “Can I Interest You in a Story”

Jayson Hawkins, “Before the Virus”

Leo Cardez, “At the Zoo: An Adaptation of Edward Albee’s Zoo Story”

Joaquin Madrigal, “How I Could Just Kill a Man“

We are thrilled to share that the newly named PEN America/Edward Bunker Prize in Fiction has been made possible by the legacy of Edward Bunker and the gift of his family.