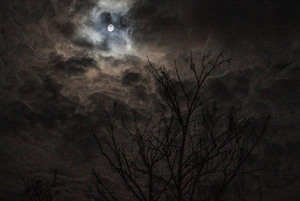 The following poem first appeared in Glossolalia: Women Writing Brazil, the second issue of PEN America’s translation journal. Glossolalia advocates for writers with limited access to the global reading community. By publishing works from lesser-translated languages, Glossolalia connects storytellers to audiences eager for a vivid, mind-expanding look at experiences unlike their own.

“Night Walk” by Ana Martins Marques was translated by Julia Sanches from the original Portugese.

Animals live at night
or day
they have their own ways of living
there is a dog way of living in the day
an eagle or horse or buffalo way
and a bird is likewise at ease
at night as it is in the forest
but you and I, we can swap
night for day
and wander under the streetlights
and the high moon
and all the sleeping pills the poisons
the warm baths and massages
and lotions and teas will not give us
an ermine or serpent night
there are scheduled insomnias
and there are nights that stretch on
like an evening glove
I think of everything there is that exists
and how little we know of it all
but mostly I think
of your sex
and your sex reflects
all my thoughts
I love in you most of all your useful gestures
your hands full of salt
the way you drive an exacting car
your house which is not a pile of bricks
your house in which things
incandescent
find their places
the table and chairs and the curtain
while the mirrors contemplate
themselves
but I awaken late
drowning in bed
as between blankets of water
and when I am with you it is as if I were
atop a tall ladder
I think of how your body resembles the radiant beach
of your childhood
and I think of how I will never know you
as a child
and I would have liked to drink your thirst of then
from your lips of today
I think
with the buildings to my right
and the sea to my left
that someday love will end
and I think that, to the sea,
this is not cause for sorrow
and that the sea does not choose
between ship and shipwreck
how spring is indifferent
to either honey or bees
how women who were loved
in two tongues
the birds go mad mid-flight
desire is immense and yet
I think
it also cannot last

Ana Martins Marques was born in Belo Horizonte in 1977. She has a Ph.D. in Comparative Literature from the Federal University of Minas Gerais. She is the author of three poetry collections, A vida submarina (2009), Da arte das armadilhas (2011), and O livro das semelhanças (2015). Da arte das armadilhas won the Brazilian National Library Foundation Prize and was shortlisted for the Portugal Telecom Award.

Brazilian by birth, Julia Sanches has lived in the United States, Mexico, Switzerland, Scotland, and Catalonia. She translates from the Portugese, Spanish, Catalan, and French. Her translations have appeared in Granta, Suelta, The Washington Review, Asymptote, Two Lines, and Revista Machado, among others, and her next book-length translation, What are the Blind Men Dreaming? by Noemi Jaffe, is forthcoming from Deep Vellum.