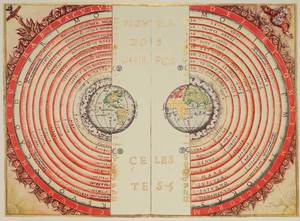 David Burnett is the recipient of a 2014 PEN/Heim Translation Fund Grant for The American Stories, by Johannes Urzidil. Read an excerpt of the translation here.

I’ve always sympathized with the underdog. Not just the cartoon series from my childhood, or Charlie Brown for that matter, but anyone I perceived as being overlooked or underappreciated. I was the one in my family who invariably got abysmally sad when a struggling ethnic restaurant was forced to shut down, while my brother and sister would march on, content to find food elsewhere.

Maybe Johannes Urzidil was one of those restaurants, and I felt the need to to keep him open. Actually, he’d been boarded up for years already—hadn’t even really opened for business this side of the Atlantic. I think it was in Jürgen Serke’s Böhmische Dörfer (Bohemian Villages—a common German expression, also translatable as “Greek to me”), published in Austria in 1987, that I first came across this now obscure writer. The weighty coffee-table book, an engaging and lavishly illustrated volume, spotlighted long-lost Bohemian-German (mostly Prague-German) writers. I was intrigued by the idea of an Austrian-born writer—from Austria-Hungary, Old Austria, mind you—a successful journalist and nonfiction writer, a man in the prime of his life, his mid-forties, picking up and leaving his native “Golden Prague” to move to Long Island at the start of another cataclysmic war. Strangely, although he stayed on Long Island for three decades until his death in 1970, he died in Rome on a reading tour, and was buried just outside the Vatican. I wanted to know more about this friend of Franz Kafka, Franz Werfel, and Max Brod, who wrote book after book of stories, essays, and novels, all in German, while living in relative poverty in the New World. (He supplemented his meager income as a print and radio journalist by taking up leatherworking, producing little decorative boxes and rebinding old decaying books, and concentrated on the short story for purely practical reasons, his daily grind not permitting him to focus on larger forms of fiction.) I learned that he became a prolific story writer only after coming to the United States, publishing about a dozen collections with reputable German and Swiss publishers in the 1950s and 1960s. Why had none of these been translated into English, I wondered. The only translations were his Kafka reminiscences, There Goes Kafka (Wayne State University Press, 1968), and an offbeat biography of a seventeenth-century Czech etcher—the latter surely not the ticket to fame and fortune in Urzidil’s adopted homeland, even though its translator was none other than Paul Selver, the man who had introduced Hašek’s immortal Good Soldier Schweik to English–speaking readers in 1930.

I checked my local libraries in Leipzig, and they had almost none of Urzidil’s books; only the German National Library had them, but I lacked the time to read them there and wasn’t able to borrow them. So I went online and ordered a used volume entitled Morgen fahr’ ich heim (Tomorrow I’m Going Home) and dug in. This was February 2007, right around my 34th birthday. The book was a posthumous collection of “Bohemian stories” put together by noted Austrian-American scholar and Kafkalogist Heinz Politzer and published in 1971. I began my reading with the three pieces from Prager Triptychon (1960), knowing these were his most famous. I was immediately taken by what I read, and near the end of my reading fell under a kind of spell. Not the literary kind, dreamy and otherworldly, but a real spell—or curse—emanating, I felt, from the pages of this book with its bright yellow dust jacket and brutalist artwork. Suddenly my mind was held captive; I couldn’t concentrate, couldn’t ingest a single line of anything, and just barely managed to get my work done. The disabling curse lasted nine months, from February until November. (Only later did I realize that Urzidil was born in February 1896, 111 years before I discovered him, and died in November 1970). Nine months: the gestation of a child; of a project too, why not.

It was August 2009, the “terrible twos” of my hypothetical project, before I dared to read his other books. They also blew me away. I was impressed by his humanity and humility, two qualities scarce among modern fiction writers, and by the way that Urzidil’s world is still very much an enchanted one, with an underlying, often mystical meaning and sense of connectedness. Urzidil is a truth-seeker, and I knew I had to translate him, perhaps as a kind of cosmic ransom. I decided I’d begin with a collection of “American stories,” analogous to the Bohemian ones that had captivated me already. I would appease the literary demon that haunted me by producing a selection of Urzidil’s stories set in America, mostly New York, originally published between 1962 and 1971, and never collected under that title in any language.

The long short story I submitted to PEN was taken from a collection called Entführung (Kidnapping) which came out exactly fifty years ago, in 1964. In trying to understand my passion for Urzidil, I often ask myself just who exactly is the kidnapper, and why did he kidnap me? A very Urzidilian question, indeed.

This piece is part of PEN’s 2014 translation series, which features essays and excerpts from the recipients of this year’s PEN/Heim Translation Fund Grants.