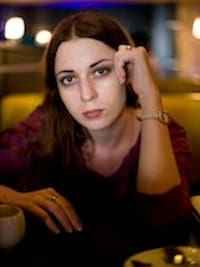 There is no doubt that there are independent journalists in Russia. The environment, however, drives them out. They are not punished, not restrained: they simply lose their source of income. In these circumstances, the voice of wisdom is heard less and less. But society still needs it, as was demonstrated by the recent plane crash, when some were happy to hear about the deaths or even judged the victims for flying to Syria, while others simply expressed condolences. Most of the opinions on either extreme came from Moscow [Russia] and Kiev [Ukraine]. It seemed to me that after this event, the framework shifted—people gradually began to leave one camp for the other, and the divide generally revealed itself not to be between Ukrainian and not, but between merciful and not, aggressive and not, civilized and not. In fact, between good and evil. And there the boundaries faded, even between Russians and Ukrainians.

Now, the question is what those who want to stay independent should do. Perhaps become civic activists and start growing their number of readers and followers: become a force, even a small one, that doesn’t ask but demands, a force that will not accept an unfair decision. State Duma elections showed very low turnout in Moscow and Saint Petersburg. This means that people have ceased to believe that they can influence policy. But, then, there will be—and there already is—a surge of civic engagement. People, through actions and moral capital, will come close to power and speak out. By civic actions I mean socially meaningful activities and charity. For example, this year I won a case in court: a municipal deputy, a member of United Russia [President Putin’s party], filed a case suing me for 8 million rubles for disclosing his personal data. This case has become very representative. I did not remove the publication as he requested, I did not respond to threats (my military experience has helped), I did not settle. I struggled alone; I was supported only by my readers and subscribers. But I proved in court that the case has social significance, and that the press is a power.

So I conclude that if you are a moral power you can be free. But again there is the question of money. Where to get it?