Galina Timchenko: “Work As If No Danger Exists” 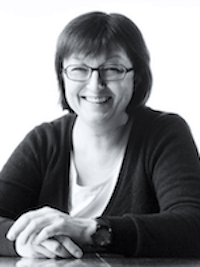 Many Russian journalists, including those who consider themselves to be the opposition, believe that there is an algorithm of behavior which can reduce the risks and guarantee journalists some freedom of expression and freedom from persecution. This algorithm can be described in one word: “guess.” Basically, everyone is trying to guess where the boundary of freedom of speech is, the “solid double line” for the crossing of which you will be punished. Unfortunately, it seems that the Kremlin has overturned all the rules of the game with journalists. A few dozen laws that were adopted in recent years could be used to close or fine any media company in a few days. Many prominent journalists have lost their work and basically find themselves in a situation where they are banned from the profession. I think in the current environment there are no actions that could lead to a reduction of risks in our work and which at the same time would not destroy the basic principles of the profession. Therefore, I have only one rule of survival and it sounds very simple: “Work as if no danger exists at all.”