From Prospero to PRISM: 5 Questions about Surveillance and Literature with David Rosen and Aaron Santesso 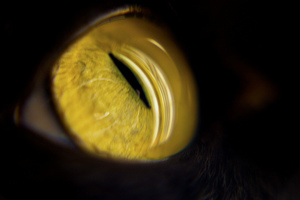 As the world grapples with revelations about the NSA spying scandals—which PEN fought for three years in the courts—we have also seen renewed interest in the role literature can play in understanding surveillance. Does George Orwell’s 1984 really hold all the answers? Or are there other works that have more to offer? We connected with David Rosen and Aaron Santesso, authors of a sweeping new review of literature and surveillance entitled The Watchman in Pieces: Surveillance, Literature, and Liberal Personhood (Yale University Press) to find out more.

In your work, you explain that the rise of surveillance emerged from fundamental changes in our conceptions of ourselves over time, not just in genre but in “mode.” How have modes like allegory and satire in literature reflected our understanding of surveillance?

When we talk about “modes,” we’re referring to certain ways of understanding and organizing reality that are equally present in literary works and everyday social or political structures. Think about how literary allegory (the genre) works: in Edmund Spenser’s poem The Faerie Queene or William Langland’s Piers Plowman, the whole world is understood as a single, unified ideological system, in which everything has a strictly defined place. The system can be very complex, but individual elements have, almost inevitably, a flattened, two-dimensional quality. (A character like Sir Walter Whorehound is unlikely to be a great romantic.) Now, during certain periods of history, we see governments behaving in more or less the same way towards their citizens: everyone’s role strictly defined, and monitored, in the hope that social stability will result. The idea is that, if you surveil people closely, they will feel pressured to behave in certain ways. In our book, we see the Renaissance as a period when both political and literary allegory flourished; but by the time you get to the 18th century and the novel (with its three-dimensional characters), things have changed. Unfortunately, allegorical thinking keeps coming back, and coercive surveillance with it, almost always in the service of political oppression. When one hears politicians talking like allegorists (e.g. “Axis of Evil,” “real Americans”), it’s usually a bad sign.

Thomas More (Utopia), Shakespeare (The Tempest), Francis Bacon (The New Atlantis), Daniel Defoe (Robinson Crusoe), and Jonathan Swift (Gulliver’s Travels) all set their narratives at least partly on islands. What is one key lesson about surveillance from these literary experiments?

An island is a controlled environment; authors who are interested in the way surveillance and power work, and who want to study these under laboratory conditions, can’t do better than cook up imaginary islands. Look at The Tempest: Prospero has total control over his small island; he sees and knows everything, the other characters are utterly in thrall to his will. The lesson we can draw from this, ironically, is a negative one: surveillance in the real world often fails for the reasons that it succeeds in these island thought-experiments. Manhattan may be an island, but, with dozens of bridges and tunnels and docks, and with a million individuals running around, each with his or her own ideas—good luck controlling that. On the real-world island of Manhattan, surveillance can only be defensive: it can’t be the controlling, top-down thing Shakespeare, More, and Defoe are imagining. It’s significant that, in each of those narratives, once the hero leaves the island, any dream of surveillant control falls apart.

You write that J.R.R. Tolkien’s Eye of Sauron in The Lord of the Rings involves a kind of surveillance, but one that is mediated through fantasy instead of through realism like George Orwell’s Big Brother in 1984. What’s the difference?

Ultimately, we would say that Tolkien is more convincing about why surveillance often fails than Orwell is about how total surveillance could feasibly work. Tolkien is at root a religious author—and this drives him into non-realistic writing. From his (Christian) perspective, only God sees and understands all; in Sauron, Tolkien tries to imagine a character who sees everything but, through interpretive incompetence, misses what’s passing right before him. He lacks both empathy and the ability to distinguish useful from trivial information. This is something one sees all the time in the surveillance world—for better and worse. Incidentally, while Big Brother is perhaps “realistic” in certain ways, we’d say that the Thought Police’s omniscience and infallibility in ferreting out dissent are finally fantasies in their own right.

What authors should we be reading right now who will help us better understand surveillance in the digital age?

A former FBI agent we once talked with told us that he would have his new officers read Graham Greene (Our Man in Havana, The Human Factor) in order to understand the pitfalls of surveillance. In addition, there are some great books about the psychological and moral cost of living under constant watch. Timothy Garton-Ash’s The File is a modern classic in this line; going back, one might look at Conrad’s Under Western Eyes. But to take a wider view: one of our ambitions in the book was to steer the conversation away from obvious authors like Orwell, Huxley, or Zamyatin. Our view is that the key challenges of contemporary surveillance (both doing it and resisting it) center on interpretation, empathy, and understanding the world as a tangle of competing narratives. To negotiate this environment, there’s no better training than reading literature: not particular books, necessarily, so much as Literature with a capital L. Future debates about surveillance belong as much to PEN as to the ACLU or FCC.

Today, we give away gobs of information voluntarily to corporations and government entities that can be used to watch us, track us, and predict our movements. Should we be afraid? Is there any harm in surveillance? What can literature tell us about harm?

You’ve hit the nail on the head: no aspect of contemporary surveillance gives us more concern than the corporate variety—most of all where it intersects with governmental activity. People tend to think of “dataveillance” by corporations as relatively benign: we give out our information voluntarily (even if that means clicking “accept” on terms-of-use agreements too lengthy and complex to read or understand), and we swallow the claim that this information will be used to provide us with better services (i.e. opportunities to buy stuff). In fact, dataveillance is used fundamentally to control access to information: based on your profile, for example, your Google search will turn up results different from someone else’s. This is relatively trivial if we’re talking about purchasing shoes or video games. But with the provision of vital services—which was once the responsibility of the public sector—increasingly falling to private enterprise, the opportunities for social injustice and inequality are immense. We’re concerned not simply that this activity will be invisible, but also that there will be little or no political will to counteract it. While the vision of NSA spooks listening to one’s conversations is alarming and sensational, this corporate, profit-driven, and pseudo-governmental surveillance has far more potential to adversely affect everyday lives.

We do believe that literature has the potential to counteract the worst abuses of surveillance—but not in a direct way. That is to say, there are, and always will be, excellent books about what it’s like to live under surveillance—and it’s also surely the case that the new world of dataveillance will be irresistible fodder for writers of fiction and non-fiction both. But we would say that the potential of literature to counteract the harm of surveillance is both deeper and broader than any specific, topical response. Behind much of the worst abuses we see today is a dangerous techno-determinism: it’s not people, it’s algorithms; this is just how the world is going; there’s no resisting Big Data. What literature does, more than anything else, is restore empathy, and bring back the human element. Behind every algorithm is a person who wrote it; every data-point is a person. In the new surveillance culture, we fear, technology will increasingly come to seem its own justification. Against this, the humanities (which explore what it means to be human) will be more and more necessary.