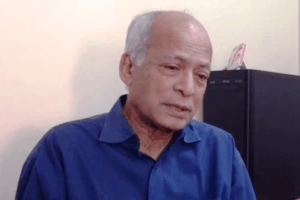 Recent years have seen a serious decline in respect for freedom of expression and the associated rights of freedom of association, assembly, and of religion or belief in Bangladesh. Legislative changes, poor law enforcement, lack of governmental support for the principle of freedom of expression, attempts to undermine independent media, and a justice system ill-equipped to provide recourse to victims of rights violations have all contributed to the silencing of dissenting voices through murder, legal charges and imprisonment, self-censorship, or exile.

In February 2016, Shamsuzzoha Manik became one such victim, after his publishing house, Ba-Dwip Prakashan, published a book titled Islam Bitorko (Debate on Islam). Islamist extremist groups deemed the book to be “insulting to Islam” and threatened violent protests against its display at the annual Ekushey Book Fair in Dhaka. Bangladeshi police responded to the threats by shutting down Ba-Dwip Prakashan’s stall at the book fair and arresting Manik, the owner, on February 15. Manik, who is 74 years old and in poor health, remained in detention until October 31, when he was released on bail.

Manik is currently on trial, charged with “hurting religious sentiment” under Section 57 (2) of the Information and Communication Technology (ICT) Act, which criminalizes the online publication of material which is false, obscene, likely to harm law and order, prejudices the image of the State, or hurts religious belief or advocates violence, and allows for warrantless arrest and prison terms of up to 14 years. Though first passed in 2006, Bangladeshi authorities have used the ICT Act with increasing frequency over the past few years—since 2013, more than a hundred bloggers, journalists, and others writing online have been arrested for violating Article 57.

PEN, building on our ongoing advocacy efforts for writers in Bangladesh, joined a coalition of rights groups in early June in issuing a statement to the United Nations Human Rights Council (UNHRC) that outlined the legal barriers to free expression in the country, and advocated for action to break down these barriers and end impunity in Bangladesh. Now, PEN America renews its call for Bangladesh to amend or repeal unduly restrictive laws such as the ICT Act, and for all charges against Shamsuzzoha Manik to be dropped.