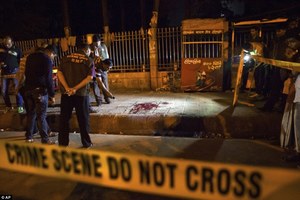 Today, PEN America led a group of sixteen human rights organizations in issuing a statement calling for the establishment of a Commission of Inquiry by the United Nations Human Rights Council into the murders of at least nine writers, bloggers, publishers, academics, and activists in Bangladesh since February 2015, including four in the last month alone. Dozens of others have been attacked or threatened for the expression of their views.

In December 2015, PEN America led a coalition of organizations in sending a letter to U.S. Secretary of State John Kerry to consider granting humanitarian parole to Bangladeshi writers most at risk. Since then, PEN America has had ongoing dialogue with the U.S. State Department concerning the importance of measures to protect free thought in Bangladesh. As the spate of deadly attacks by Islamic hardliners against secular intellectuals there has escalated with near impunity, rights groups are seeking new avenues to accelerate international pressure and assistance to put an end to the violence.

The full text of the statement calling on governments to initiate action at the UN Human Rights Council can be found below.

We, the undersigned organizations dedicated to the promotion of human rights, free expression, and freedom of belief, call on governments to support the establishment of a Commission of Inquiry by the United Nations Human Rights Council to investigate the string of brutal killings by Islamic extremists of intellectuals, academics, writers, bloggers, and activists in Bangladesh. Dozens of other individuals face an imminent threat to their lives and livelihoods and live in a state of well-founded fear due to a lack of protection offered by the government. Many are in hiding and self-censoring their expression, while others have been forced to flee the country and are living in precarious circumstances. This rapidly escalating threat—4 murders have occurred during the month of April 2016 alone—compounded by the government’s failure to ensure justice and prevent and deter future attacks, compels the call for an independent investigation authorized by the Human Rights Council.

A heightened pattern of killings carried out by Islamic extremists against individuals in Bangladesh dates back to 2013. Since the beginning of 2015, an escalating pattern of killings have accounted for the deaths of at least 9 intellectuals, academics, writers, bloggers, and activists, all hacked to death in targeted assassinations. Islamic extremists have murdered these individuals in apparent retaliation for their views, beliefs, writings, or activism. Although police investigations have taken place and several suspects have been arrested, some because of investigative support from the United States in the murder of Bangladeshi-American blogger Avijit Roy, there has not been a conviction for any of the crimes committed in the last 16 months. This has in turn heightened an atmosphere of complete impunity.

The Bangladeshi government has proved unable or unwilling to address these heinous crimes and hold their perpetrators and masterminds accountable. Top officials have instead condemned the targeted individuals for their writings, beliefs, or activism as grounds for offense. Bangladesh’s Prime Minister Sheikh Hasina stated in mid-April, not long after the hacking murder of vocal secular writer Nazimuddin Samad, that “such writings as not free thinking but filthy words. Why anyone would write such things? It’s not at all acceptable if anyone writes against our prophet or other religions.” This victim-blaming amounts to complicity on the part of the Bangladeshi government in creating an environment that has emboldened killers and destroyed the internationally guaranteed right to freedom of expression. The attitude of the Bangladeshi government, which has provided no protection for individuals whose names are on published hit lists and who face grave risk, demands the necessity of establishing an external, independent investigation that can uncover the perpetrators of this violence and develop recommendations about how to prevent it.

The United Nations High Commissioner for Human Rights Zeid Ra’ad Al Hussein has urged the government of Bangladesh to ensure adequate protections for those threatened by extremists in Bangladesh. The instigation of a commission of inquiry into the killings would:

The Constitution of Bangladesh, in Articles 39 and 41, guarantees all citizens the rights to freedom of conscience and speech, and religion, respectively. Additionally, Bangladesh is a signatory to the International Covenant on Civil and Political Rights, which assures every individual the rights to freedom of religion, belief, and expression in Articles 18 and 19. Instigating and authorizing a Commission of Inquiry into these killings is an essential step to restore these rights in Bangladesh. 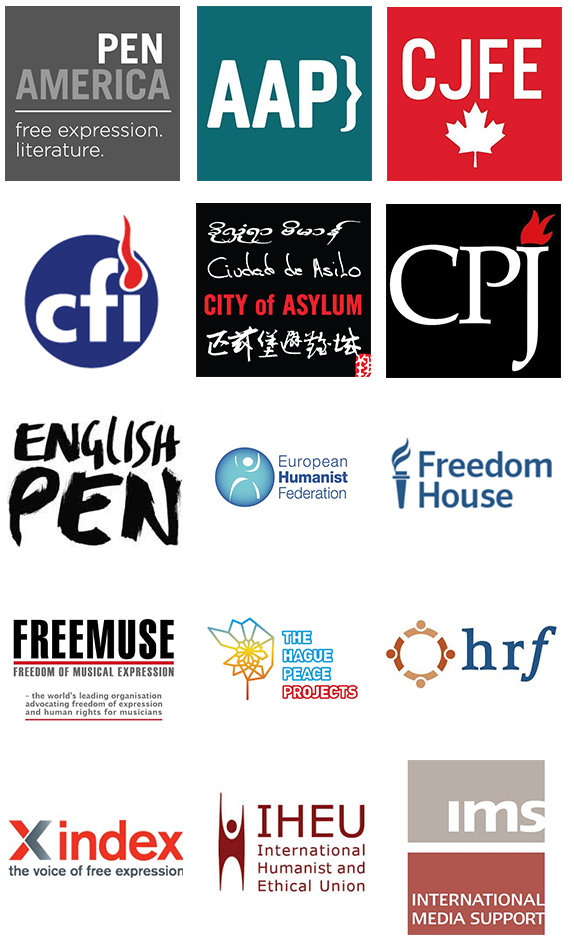 "These arrests took place for no fathomable reason...For us @PENAmerica, where we routinely document the arrest and imprisonment of writers and journalists worldwide, the action was eerily familiar, but something we expect to see in authoritarian states." https://pen.org/press-release/cnn-arrests-took-place-for-no-fathomable-reason/

Here's what Obama said after journalists were arrested in Ferguson in 2014: "Our constitutional rights to speak freely, to assemble, and to report in the press must be vigilantly safeguarded, especially in moments like these."

This is not America. Never thought I would see a US reporter, @CNN's @OmarJimenez calmly reporting the news while he is grabbed, arrested and cuffed by @MinneapolisPD who then arrest his producer and cameraman https://www.cnn.com/2020/05/29/us/minneapolis-cnn-crew-arrested/index.html?fbclid=IwAR3hnheiChMlrJ57hgZPsat-SPtkkhnrLvjGOuM5wmk62Kuv86meoxO-Kk0