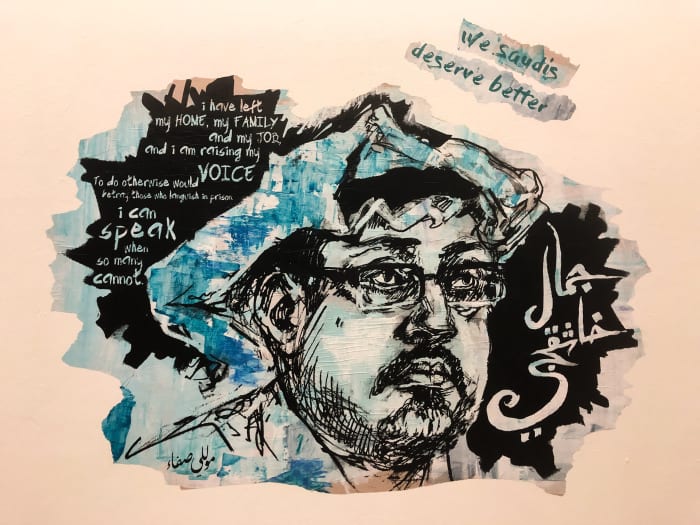 The horror of Saudi Arabian journalist and Washington Post columnist Jamal Khashoggi’s murder shocked the world and shone a light on both the ongoing human rights abuses of the current Saudi regime and the increasing global threats to the safety of journalists and all those who speak the truth.

In November 2018, the CIA concluded that Saudi Crown Prince Mohammed bin Salman ordered Khashoggi’s assassination, and in December the U.S. Senate unanimously voted for a resolution officially blaming the Crown Prince for Khashoggi’s death. Although the trial of 11 individuals charged with carrying out the murder began in Riyadh on January 3, the justice system in Saudi Arabia operates with severe flaws and is not independent. An independent investigation into the murder by a credible international body will help to ensure separation from the political interests of any individual country, and will form a stronger basis for eventual accountability for his death.

In January 2019, UN Special Rapporteur Agnes Callamard initiated her own inquiry into the Khashoggi murder under the terms of her mandate. This is an important first step that could lay the groundwork for further action by the UN, however Callamard herself has acknowledged it is not a substitute for a UN-authorized, independent, international investigation.

At a time when authoritarians around the world are seeking to silence and discredit accurate reporting, and when journalists stand an ever greater risk for exposing and speaking the truth, we must speak up and send a clear message that an offense of this gravity will not go without consequence.

Sign the letter to UN Secretary-General António Guterres calling for an immediate investigation into the murder of journalist Jamal Khashoggi.

This letter was originally signed on November 2, 2018, by 100 writers, journalists, writers, and activists. Now, we need your signature to compel action by the United Nations to defend free speech and democracy throughout the world.

As writers, journalists, artists, and Members of PEN America and the Authors Guild, we write to express our grave concern about the apparent horrific murder of Jamal Khashoggi, the Saudi journalist, Washington Post contributor, and U.S. resident who disappeared in Istanbul on October 2 after entering the Saudi Arabian consulate. If true, the murder of a journalist inside a diplomatic facility would constitute nothing less than an act of state terror intended to intimidate journalists, dissidents, and exiled critics the world over. The United Nations has rightly recognized the importance of ensuring the safety of journalists and fighting impunity for those who attack them with the publication of the UN Plan of Action on the Safety of Journalists and the Issue of Impunity, endorsed in 2012. In the spirit of that initiative, we respectfully call on you to immediately authorize an independent, international investigation into Jamal Khashoggi’s disappearance and apparent murder.

Since his disappearance, Turkish authorities have claimed to have evidence suggesting that Jamal Khashoggi was brutally murdered and dismembered inside the consulate, and that the operation was likely carried out by a team including individuals very close to Saudi Crown Prince Mohammed bin Salman, making it look extremely likely that the Crown Prince was behind Khashoggi’s assassination. After weeks of denying any involvement in his disappearance, on October 19 Saudi Arabia admitted that Khashoggi was killed inside the consulate, claiming his death was the result of a “fight” during attempts to detain him. Global leaders have responded to the details of this admission with significant skepticism. More recently, Saudi authorities have said the murder was “premeditated,” though the details and culpability remain unclear.

The violent murder of a prominent journalist and commentator on foreign soil is a grave violation of human rights and a disturbing escalation of the crackdown on dissent in Saudi Arabia, whose government in recent years has jailed numerous writers, journalists, human rights advocates, and lawyers in a sweeping assault on free expression and association. It is also yet another data point in a global trend that has seen an increasing number of journalists imprisoned and murdered for their work. As writers and journalists ourselves, we fear the potential chilling effect of this trend, at a moment when the work of all those who would speak and expose the truth has never been more important.

The UN Plan of Action states: “The safety of journalists and the struggle against impunity for their killers are essential to preserve the fundamental right to freedom of expression, guaranteed by Article 19 of the Universal Declaration of Human Rights,” and goes on to say that attacks on journalists “[deprive] society as a whole of their journalistic contribution and [result] in a wider impact on press freedom where a climate of intimidation and violence leads to self censorship.” It is imperative that the United Nations send a clear, unquestionable message that a human rights violation of this gravity will not go without consequence.

We therefore respectfully call on you to immediately authorize an independent, international investigation into the murder of Jamal Khashoggi that would lay the groundwork for identifying and holding accountable the perpetrators of this grievous crime.