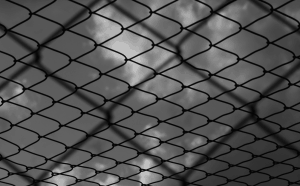 Lacino Darnell Hamilton has been incarcerated since July 1994. He regularly writes columns for Truthout.org, where his most well-known piece, “I Am Buried Alive in a Michigan Prison,” was published.

For more information about his case, see “Ring of Snitches: How Detroit Police Slapped False Murder Convictions on Young Black Men.” After being sent to prison, he spent four of his first six years in solitary confinement. It was there that he began to read, think critically and distinguish between expressing a desire to change and demonstrating the ability to achieve it.

Lacino can be reached for a larger discussion on this and related topics at: Lacino Hamilton #247310, Macomb Prison, 34625 26 Mile Rd., Lenox Twp., MI 48048. (If you write to him and want a response, please include your address on the letter itself, as the prison discards envelopes.)

Both the reform and abolition movements over the past few years have succeeded in challenging some of the most glaring abuses of the criminal justice system. For example, a Supreme Court victory striking down sentencing juveniles to life without parole and the gradual elimination of money bail. Yet, incarcerated citizens were largely excluded from participating in those challenges in substantial ways. At best we played periphery roles where we were more like props than principles. Our truths and insights about incarceration, our alternative visions of what is possible were mostly suppressed, and when they weren’t they were presented using someone else’s words and someone else’s voice. I do not believe those roles were maliciously assigned, it is just common sense in some circles that incarcerated citizens, given the whole situation of economic, social, and political domination, complicates critical awareness and response. But what may appear common sense to some people is actually a form of paternalism.

One of the objectives of both the reform and abolition movements should be to get as many people as possible to recognize the human costs of maintaining retributive justice. The impetus for fostering said recognition will most likely come from incarcerated citizens, and our families and friends. Those of us who live this terrifying and distressing experience have the most immediate incentive to change it. Plus, our experiences often allow us to see more clearly the contradiction between how advocates and supporters of retributive justice say it functions, and how it functions in reality. That often leads us to develop more critical perspectives and more daring strategies. Clearly, people on both sides of the wall have significant roles to fulfill.

It is important for us to learn and act together within the unfamiliar and often ambiguous situations we find ourselves. Learning and acting together permits us to dew on the energies of differential insights, resources, and diverse avenues to power. That is how we expedite the development of effective strategies. Remember, there is an urgency element to all of this. A lot of the harm the criminal justice system perpetuates is irreparable. Incarcerated citizens participating in more substantial ways will anchor the problems we identify as needing remedy, the solutions we entertain as viable, and the methods we choose as appropriate for reaching those solutions, to that urgency. The Civil Rights movement illustrates the potential of when people on “both sides of the wall” work collaboratively.

During the Civil Rights movement people of all racial backgrounds and socio-economic classes learned from one another and risked their lives together to force American society to confront racial terror. Blacks took the lead because, well, we had the most immediate incentive for social justice. But other groups acted as true collaborators. They put their bodies on the line, contributed financially, used their access to parts of the American society blacks were cut off from, among other things, and together with blacks forged strategies and action for change. Yes, there were elements of paternalism, but nothing like what exist today in many quarters of the reform and abolition movements. The fact that some people outright reject this is proof of that.

Interactions between the inside and outside should be democratic and participatory, inclusive, and affirming of human agency and the human capacity for working collaboratively to create social justice. A commitment that demands belief in the capacity of incarcerated citizens as agents who can transform not only retributive justice into something people oriented, but the world as we currently know it. This level of commitment will assist to avoid the danger of reifying systems of oppression as static and treating people subjected to such systems as unidimensional and unchanging. It will create an atmosphere which allows for maximum communication, exchange of ideas, and action.