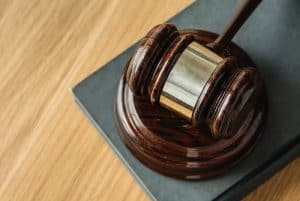 Daniel Pirkel was awarded Honorable Mention in Essay in the 2019 Prison Writing Contest.

Parole boards have the arduous responsibility of deciding when, if ever, convicted felons are returned to society. The problem is that no one but God can do this with 100 percent accuracy. Therefore, they sometimes release dangerous criminals, and in other cases, they allow rehabilitated, productive individuals to rot in prison. Deciphering the difference between these types of individuals is tricky for many reasons. While parole boards may spend a fair amount of time combing through prisoner files and personally interviewing each potential parolee, manipulative people sometimes say and do all of the right things to leave interviewers with a favorable impression. In contrast, many decent human beings interview poorly, especially when they are being judged for the worst behavior of their lives (not a very enjoyable experience). Aside from lacking charisma, some people contradict the Presentence Investigation Report (PSI) because they are actually innocent of the crimes that they were convicted of, but guilty of lesser crimes. Parole boards consider all such deviations as attempts by unrepentant criminals to avoid taking responsibility and diminish their roles in the crime(s). The problem with this philosophy is that prosecutors often overcharge people, and then coerce them into taking unfair pleas by threatening to either give them more time or to charge a family member with more crimes. In addition, there is clear evidence that many incarcerated people are actually innocent.

According to the Innocence Project, 319 people have been exonerated using DNA evidence since 1989. (1) Furthermore, Scheck, Neufeld, and Dwyer (2001) found that 88 of the 6,000 people on death row between 1976 and 2001 were wrongly convicted, while only 664 of the 6,000 were executed. With our faulty appellate court system, this is likely only a very small fraction of those who are unjustly imprisoned.

Despite these criticisms of our current system, we must acknowledge why parole boards lean so heavily on PSIs: Determining fact from fiction in criminal cases is extremely difficult, and the PSI helps the parole boards determine whether a potential parolee is lying. Furthermore, convicted felons have an incentive to lie while the people creating PSIs arguably have no personal interest. However, PSI writers are often a part of the probation department of the county in which the criminal defendant is sentenced, meaning they essentially work for the court/prosecutor. If a prosecutor wants to “throw the book” at someone, this is one of the ways that they can do it while giving the proceedings an air of neutrality. All they have to do is place inaccurate, inflammatory, or irrelevant information in the PSI that makes the defendant look as poorly as possible, increasing the chances that parole board will flop them. PSI writers also make mistakes through a lack of diligence. Since the criminal defendant has already been found guilty, it is easier to take police reports and victim statements at face value without doing any investigation. In addition, many people in the criminal justice system have developed a philosophy that can be described as “the ends justify the means.” When wielding the power to keep a dangerous person off of the street, they may feel no qualms about lying, partly because they believe that criminals cannot be rehabilitated.

It should be noted that errors in PSIs are waived if criminal defendants fail to object at sentencing (at least in Michigan). Attorneys often tell defendants not to object to errors for fear that it would aggravate their judge, resulting in a harsher sentence. For these reasons, PSIs should not be relied upon as the sole determining factor on parole decisions. Paroles should be based on what an individual is likely to do in the future, not what they have done in the past, and certainly not on whether they admit to all of the things that he or she allegedly committed. Understanding the general nature of the original crime may be important, but it is more important to figure out why a defendant committed the crime, and if the defendant has changed sufficiently enough that they will not commit another crime. When parole boards recognize that the information they receive from the courts is sometimes flawed, they can begin to focus on their primary responsibility: determining whether a person’s current conduct and demeanor demonstrate that he or she is a threat to society.

Perhaps the most significant critique that can be made about parole board decisions is their reliance on political influence instead of objective statistical risk assessments. For example, nonviolent offenders are the most likely to be paroled, but the most likely to reoffend. In contrast, violent offenders are the least likely to reoffend, but the least likely to be paroled. According to an article called, “Paroling people who committed serious crimes; What is the actual risk?,” only 204 out of the 6,673 (3.1 percent) sex offenders released from 1986–1999 committed another sex offense. (4) An even lower reoffense rate applied to those who had been convicted of homicide. These numbers stand in drastic contrast to the recidivism rates among all convicted felons (roughly 67 percent). This disparity occurs partly because of public perception. Shows like CSI and America’s Most Wanted have sensationalized heinous crimes, making the majority of the public believe that violent offenders are the most likely to repeat their criminal behavior. Even though parole boards know better, it is still riskier for them to parole someone with such a past because of the potential for political backlash. If a prior drug offender commits a new crime, it will barely make a footnote in a newspaper (unless it is a very serious crime).

However, if a sex offender reoffends, the story could wind up on Fox News. Since Parole Board members are appointed by the governor (in Michigan), it takes nothing to fire them. Conversely, there is almost no risk for the parole board to arbitrarily flop someone. Prisoners cannot appeal these decisions, and suing them in federal court is nearly impossible.

So how do we fix this broken system? Many advocates argue that providing clear parole guidelines will make the parole process fairer. Allegedly, this limits the parole board’s discretion, preventing it from denying a potential parolee unless he or she fails to meet certain criteria, like failing to have a parole plan. However, altering guidelines is a meaningless tactic if parole boards cannot be held accountable for abusing their discretion in carrying out those guidelines. Therefore, prisoners must have a mode in which they can challenge the state’s actions in parole decisions. Any system that cannot be held accountable is an unjust system.

Some might argue that incarcerated people deserve to be cheated, as they committed grievous crimes against innocent people. This seems to be a good point until we consider the consequences of such a position. First, cheating people accused of crimes increases the chances that innocent ones will become “collateral damage.” Second, long-term incarceration has been proven to be detrimental to people’s mental health. Third, empirical evidence indicates that people are more likely to comply and cooperate with authorities when they appear legitimate (i.e. just), not through the fear of potential repercussions. Since our government’s perceived legitimacy directly relates to how people are treated by police officers and the courts, holding authorities accountable is just as big of a security issue as placing wrongdoers behind bars. How we treat criminal defendants is especially important when we consider that 95 percent of prisoners eventually return to society. The question is, how many will come home broken and worse off than when they were incarcerated? How can we expect people to magically become rehabilitated by placing them in terrible conditions for long periods of time? More often than not, they become embittered, hollow, and lose respect for those in authority because of the lack of procedural justice they have experienced.

Regardless of how we cut it, the system needs a serious overhaul. Our government is notorious for repeating the same “mistakes” over and over, the very definition of insanity. So what can the average citizen do to change things? First, we must learn about what type of issues can make a significant, positive difference. We need to know enough that we will not be tricked by ambiguous affirmations of favoring “criminal justice reform” from politicians that only want our vote. There are organizations like the Coalition for Justice Voters (CJV) that have done the research on political candidates, giving each a different grade based on how they have voted or answered questions in the past. Second, we must make it clear to those in authority that we care about criminal justice issues. Write letters, emails, call their office, or offer to take them out for lunch. If officials do not want to pass legislation that can dramatically affect the prison system, e.g. re-instituting good time, then we must sign petitions to get the issue placed on the ballot. We can make a difference regardless of who is in Lansing or Washington. We just need the desire and knowledge to do something about it.

3. For more information about our failed system, see my article “No Justice Without Representation to learn more about how the courts prevent criminal defendants from attaining fair and just resolutions.

4. Written by Barbara Levine and Elsie Kettunen of “Citizen’s Alliance on Prisons and Public Spending (CAPPS).”

5. There are several reasons why this makes sense. First, people who have committed heinous crimes are more likely to recognize that their conduct was completely out of bounds. Second, people tend to “age out” of crime. Third, the shock that comes with being given a life sentence forces people to re-evaluate their decisions (sooner or later). Fourth, violent crimes are often situational.

Mass Incarceration: The Shame of a Nation

Great part of @NYGovCuomo briefings is that after the #COVID19 facts and charts he demarcates the next portion clearly as "Opinion" and ruminates, tells stories, etc. An example for all officials who refuse to separate their opinions from fact. https://www.cnn.com/2020/03/28/politics/andrew-cuomo-polls/index.html

"A Force Outside Myself: Citizens Over 60 Speak" is a project by @mcsweeneys that aims to publish the voices of Americans over 60 as American elders have been marginalized, scapegoated, and written off during this moment of turmoil in history.
https://bit.ly/3buspHB

Shameful for @WHO official to rudely refuse to answer a journalist's valid question about the agency's work with #Taiwan on #COVID19. As our top global health agency, your first and only loyalty must be to science, not to #Beijing. https://www.bloomberg.com/news/articles/2020-03-29/who-says-it-s-working-with-taiwan-experts-after-video-goes-viral?utm_content=asia&utm_source=twitter&utm_campaign=socialflow-organic&utm_medium=social&cmpid%3D=socialflow-twitter-asia