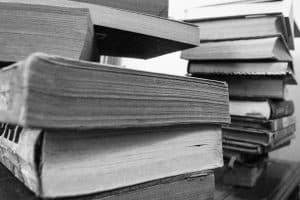 Richard Gross was awarded Second Place in Essay in the 2019 Prison Writing Contest.

Death By Incarceration is the name we give the sentence of Life Without the Possibility of Parole (LWOP). We call it that because it is a death sentence—as sure to end in death as any method of execution. It is the other death penalty, the slow death penalty, or the “hidden death penalty” as Pope Francis called it when he condemned LWOP.

Considered by many to be a humane alternative to execution, in reality, it is no different. Many people on death row sit there for decades with a death sentence hanging over them but ultimately die of natural causes. Regardless of the cause of death, if someone enters a prison never to leave there alive, it is a death sentence. Prison sentences that exceed the normal length of a human life should also be considered a death penalty. Many more people have been sentenced to death than anyone realizes.

Pennsylvania has 10 percent of this nation’s lifers, over 5,000 men and women sentenced to Death by Incarceration in a state with less than 5 percent of the nation’s population. The average lifetime incarceration costs the Commonwealth $3.6 million. Multiply that by the number of lifers and Pennsylvania’s taxpayers are on the hook for $19 billion. See Temple University Professor Emeritus Kay Harris’s research on the economics of life sentences.

What I can speak to is the human toll. The men who have slowly lost their minds locked in a 7′ x 12′ cage for several decades. The children and grandchildren of lifers who grow to adulthood without having their parent or grandparent at any birthday party, graduation, or wedding. No one does a life sentence by themselves. Their friends and loved ones serve time as well.

I think we need to ask ourselves a few pertinent questions. What are prisons for? Are prisons a place of endless punishment, or are they a place where those who pose a risk to others are separated from society until they no longer pose a threat? Is prison a place where people are corrected and rehabilitated? If so, then what part do death sentences play in that? If there is no chance of parole than those sentences are not about corrections or rehabilitation, but are only about retribution and revenge.

Thousands of Pennsylvania’s lifers are beyond the point where they would, or in many cases even could, pose a threat to society. Older people who have served some significant time have an extremely low rate of recidivism—a negligible rate. There is a point where society no longer needs protection from the person. After that point, the taxpayers are not being well-served by the cost of the incarceration. These costs often skyrocket as the person grows old in prison and their health deteriorates. With family and friends unable to assist, the burden of their care falls to the state. It is unconstitutional to deny an incarcerated person healthcare (Estelle V. Gamble, 1976). One has to assume that the individual would be able to access and afford proper health care were they not incarcerated. It is true, however, that many free, taxpaying citizens cannot afford health insurance.

So, wouldn’t health care be a better use of taxpayer dollars than incarceration? The Pennsylvania Department of Corrections’ budget is $2.4 billion. Double what is was a decade ago. Unless parole is used more often or sentencing changes are made, it will only grow larger. Mass incarceration has drained taxpayer dollars away from healthcare, education, and infrastructure in order to build more prisons. These prisons become major providers of both mental health and geriatric care. Pennsylvania has over 6,000 geriatric prisoners and that number will only grow as long as death by incarceration is used so regularly.

In cases of first- or second-degree murder, a jury has no choice but to hand down a death sentence. The parole board has no choice when it comes to releasing a life-sentenced prisoner—regardless of age, infirmity, transformation, or time served. In our nation’s zeal to be tough on crime, we have taken away the discretion once practiced by prosecutors, judges, juries, and parole boards. “Lock ’em up and throw away the key” sounds good to many voters as a campaign slogan, but as policy, it is neither humane nor cost effective. In a rational cost/benefit analysis, it makes no sense to send 15-year-olds to prison for the rest of their natural life, nor does it make sense to keep senior citizens locked up until they die.

Other states in this region have significantly lowered their prison populations without experiencing an increase in their crime rate. Applying risk assessment methods, parole boards can safely release both violent and nonviolent offenders. They just have to be allowed and encouraged to do so by the elected officials of their state. A parole board has nothing to gain by releasing a dangerous person and can be trusted with the power to evaluate every incarcerated person. In Pennsylvania, between 1967 and 2017 hundreds of lifers received commutation and were granted parole. Only one came back with a felony. Numerous juvenile lifers have recently been released successfully after being granted relief by the courts. These men and women are not the same people they were as teenagers, and they are already making a positive contribution to their communities. America’s fear of people on parole is unfounded and irrational.

Most incarcerated persons have experienced dramatic transformations during their incarceration. This is especially true of lifers. Among them you can find great artists and writers. Scholars and academics. Facilitators and creators of positive programs which make a difference in the lives of people who do get released. There are lifers who have created murals and charitable organizations on the outside, from the inside. The achievements of lifers are extensive and worthy of recognition. The Philadelphia City Council has commended the lifers organization at SCI Graterford. Numerous individual lifers have won awards for creative writing and artwork produced behind bars. Dozens have earned degrees from Villanova University and elsewhere. Many others have completed ministry and Bible study courses from a variety of religious organizations. Lifers create and lead nonprofit groups that do positive work both inside and outside of prison, like Let’s Circle Up. The general public knows little about these because the wall around the jail keeps them out as much as it keeps others in.

Anyone can recognize these good deeds and personal transformations—except a parole board. They are prohibited from examining the achievements and the rehabilitation of any individual serving a death by incarceration sentence. No matter how much good they may hear, they cannot recognize or reward it. Even if there is support for release from the victim’s family, local clergy, and the community at large, they can do nothing. Their hands are tied by retributive sentencing policies.

It seems to me that any person drawing a breath on planet earth must be seen by the supreme being as having some good in them, some possibility of redemption. I know that all human beings are capable of change. Are our leaders, legislators, and prosecutors the same people now that they were decades ago? I know that no person is the same person that they were 15 or 20 years ago. Is it humane, is it right, is it even rational to judge an entire human life by the worst ten minutes of it?

In the Pennsylvania State legislature, House Bill 135 and Senate Bill 942 seek to recognize the power of human beings to transform themselves. Representative Dawkins and Senator Street have introduced these companion bills which would allow all lifers to be considered for parole on a case-by-case basis. This is no “get out of jail free” card. This is merely a chance for lifers to show the parole board what they have done with themselves during their incarceration. Just a chance to be seen, to be heard, to be noticed as still alive and human.

Most nations have no kind of death sentence. Nowhere in the European Union is this occurring. The longest possible sentence in Norway is 21 years. In Germany a murderer can expect parole after 15 years if they have followed their personalized rehabilitation plan. Nowhere in the Americas is this occurring except in the United States. Few places in the world outside of the United States have life without parole. No nation that I know of would give it to a juvenile. These types of death sentences are rare, unusual, and becoming more so as civilization advances. These death sentences have no place in any humane society.

To place a human being in prison until death is in fact cruel and unusual punishment.

Mass Incarceration: The Shame of a Nation