Clare Beams: “The NEA Lit Everything Up for Me” 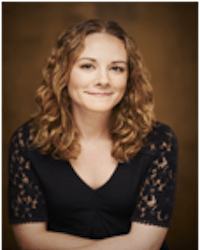 Clare Beams, author, We Show What We Have Learned

The NEA directly changed my life—or the writer part of it, anyway. My book (We Show What We Have Learned, a finalist—to my immense delight!—for this year’s PEN/Robert W. Bingham Prize for Debut Fiction) would not exist without it. This is true because the NEA contributes funding to my publisher, the marvelous Lookout Books, and because it funded the time I used to write and revise many of the stories that became We Show What We Have Learned.

The phone call in 2013 telling me about my grant came just as it was becoming clear that the novel I’d spent eight years writing was not going to sell. I had an eight month old, and we had just moved to a new city where I knew almost no one. I think I would have kept writing without that phone call, but I can’t be entirely sure. I didn’t know where I was going to find another eight years to try again.

Making art is a long road, and the opportunities for encouragement along the way—while you’re in that subterranean mid-process land where all the work occurs, all the many hours that eventually produce the book, or play, or piece of music—are rare. It can be a frightening place, that land. It’s very, very possible to get lost there.

The NEA lit up everything for me. It’s done that for so many writers over the years. When I look at the list of those writers’ names, I think about what the world would be like without their books (because for some of them too, I’m sure, that light came at just the critical, fragile moment when everything might have turned a different way) and without the acknowledgment of and support for what art adds to our lives in general. I know I wouldn’t recognize that world.