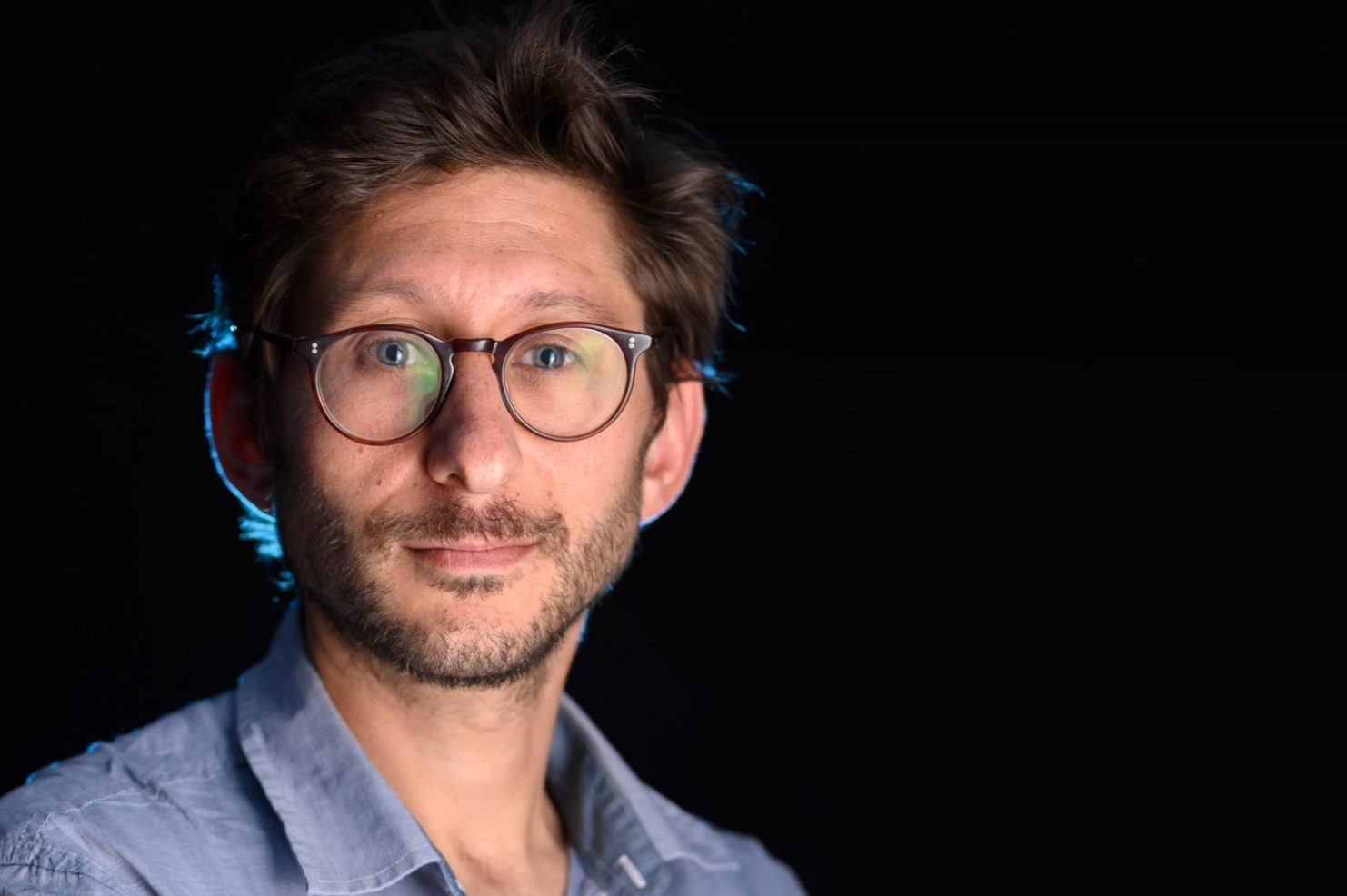 On Monday, May 24, 2021, my cousin, Danny Fenster—a journalist originally from Detroit—was imprisoned by the military in Myanmar while attempting to fly home. More than 50 days later, Danny is still in Insein Prison, he still hasn’t been charged, and my family’s concern for his well-being intensifies as a wave of COVID is spreading across the area. Our fears were realized last week when we learned that Danny is experiencing COVID-like symptoms. He has not been given a COVID test. We believe he is being investigated under Section 505(a) of the military’s penal code: a charge of “spreading fake news.” In other words, he was arrested for being a journalist. He is the fourth foreign journalist arrested in Myanmar since the coup. More than 70 local journalists have also been jailed.

Danny loves Myanmar, its people, and its culture. Danny was not out in the streets protesting. He was behind a desk editing. His work for Frontier Myanmar shone a light on Burmese country and culture both before and after the February 2021 coup. He moved to Myanmar to work as a reporter over two years ago—he was drawn by wanderlust and a passion for untold stories, stories of people seeking dignity in the face of hardship and instability.

His move east followed his time at The Daily Iberian in Louisiana, where he profiled victims of gun violence, among other issues. He wrote about homelessness in San Jose. He wrote about redlining in Detroit. He lived in Telluride and worked at a hot dog stand, with a hot dog suit to match. He has also worked as an exterminator, volunteered with Burmese refugees, and taught writing to undergraduates. Danny is beloved by friends and family for his intelligence, humor, and chill, and he’s notorious for his adaptability and adventurousness. He has lived in at least one van. He once made his home in a friend’s hot tub.

One of my earliest memories of Danny is him drawing pictures of strangers on the beach. In my mind, he’s drawing on paper napkins: not precious, just getting the job done. When Danny’s detainment became public, I saw his face all over the news. On the fourth day of his detainment, I drew his face, then I drew it again. I put out the call for portraits of Danny so my family could see his image proliferate. I thought we could testify to his spirit through drawing as we wait and fight, through the limited channels we have, for his release. The waiting and not knowing is agonizing. Drawing gives us something to do with our hands. Together, these portraits say: “Witness matters. Journalists are essential. Let’s protect them, and let’s #BringDannyHome.” 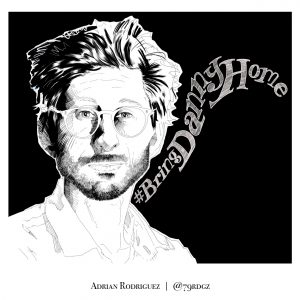 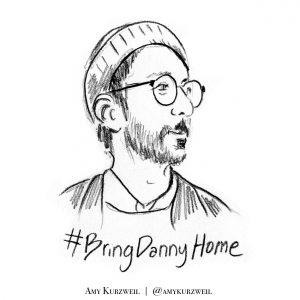 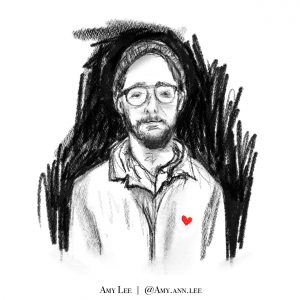 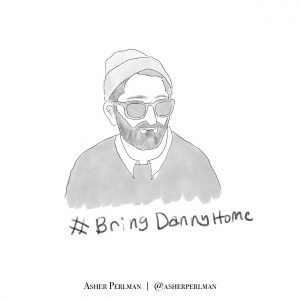 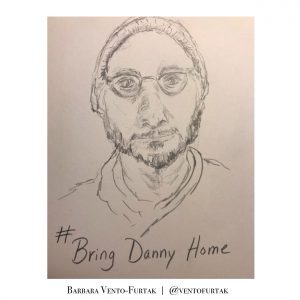 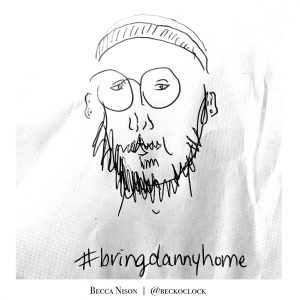 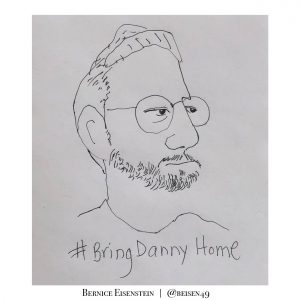 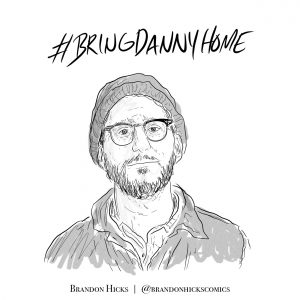 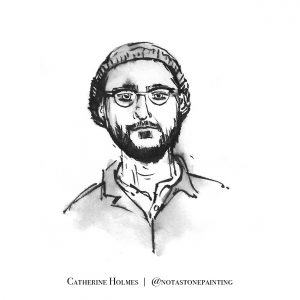 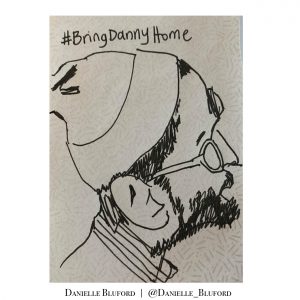 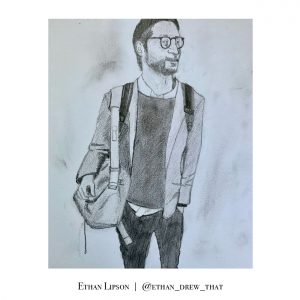 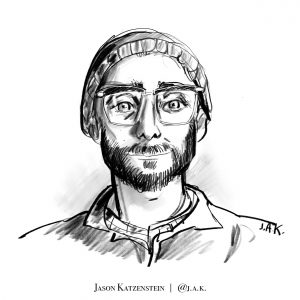 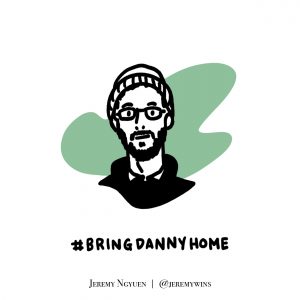 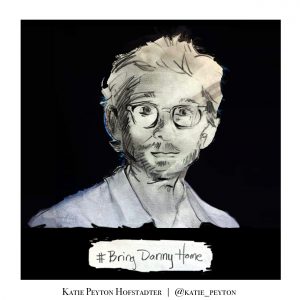 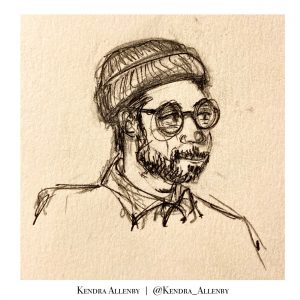 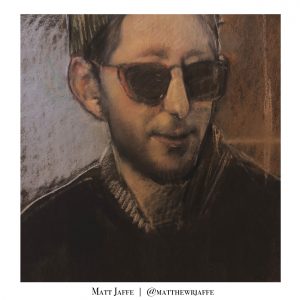 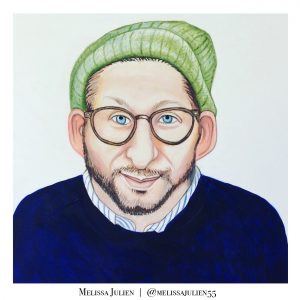 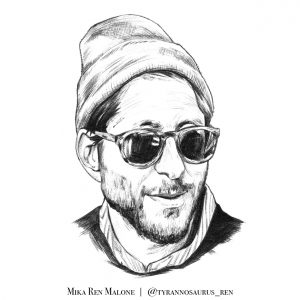 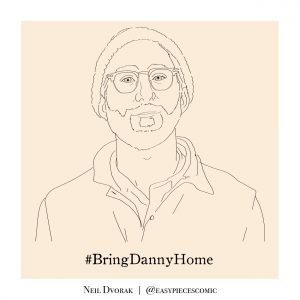 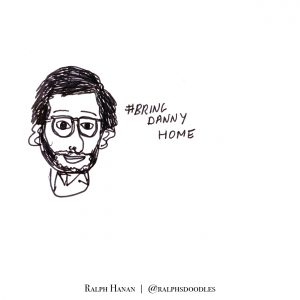 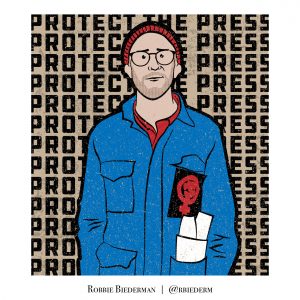 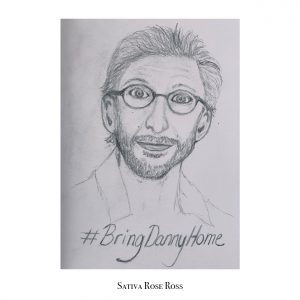 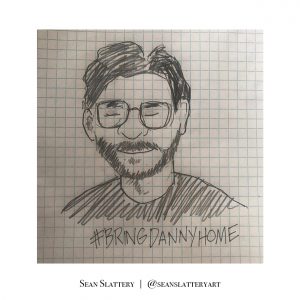 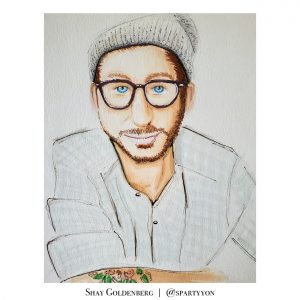