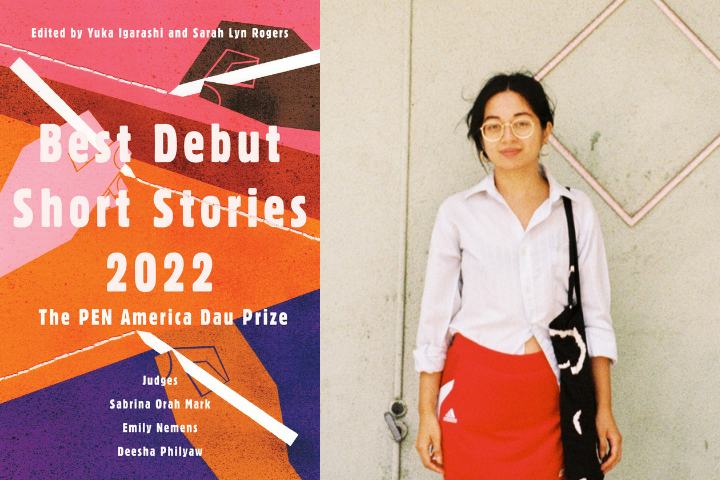 Yasmin Adele Majeed is an MFA candidate in fiction at the Iowa Writers’ Workshop. She has received fellowships from Kundiman, Kweli, and the Periplus Collective. She currently lives in Iowa City.

“A Wedding in Multan, 1978” was originally published in The Asian American Literary Review.

Yusuf’s mother appeared at different stages of her life. Most often, she was the age that he last saw her, already worn at thirty-five or thirty-four or thirty-three. She did not know the year she was born. There were no records of her life, no photographs or documents that he could return to, no jewelry or memento to keep in his pocket. Sometimes she appeared as the girl he never knew and the old woman he was not sure she ever got to be. She was not a kind woman, but their great attachment was in how alike they were. He inherited her sharp chin, her slant, dark stare. Back home, every- one knew that he was her son. But here, in Pakistan, Yusuf was an orphan.

PEN America: What advice would you share with aspiring writers?

Yasmin Adele Majeed: I don’t always heed it, but per a recommendation from a teacher, I keep a post-it by my desk that reads: “Fix it later!”

I wrote the first draft during the last days of the Trump administration, a time when I was deeply concerned with the everyday lives of people living under political spectacle and the ways that individuals can be complicit in state violence. While writing, I was reckoning with my own feelings of powerlessness and anger, but above all I wanted to honor the long history of political resistance in Pakistan, especially during Zia ul-Haq’s dictatorship, which is when the story is set. I hope the story shows readers the importance of looking back at those moments of collective resistance.

This story is based on a real massacre that occurred at the Multan Colony Textile Mills in 1978, in which nearly 150 workers were murdered by Pakistani paramilitary forces while striking for fairer pay during the Mill owner’s daughter’s wedding. To this day, it is remembered as one of the most violent and bloody events from Zia’s regime. I drew on historical research to capture the setting and time period—for example, the opening scene depicts an actual TV interview that Zia gave about sentencing the former Prime Minister Zulfikar Ali Bhutto to death—as well as my own experiences in Pakistan, but the rest is my own invention.

Also as a former union organizer, I am personally interested in depictions of labor organizing in fiction. The titular story of Mia Alvar’s In The Country about a nurse who unionizes her colleagues during martial law in the 1970s Philippines was a big influence for me while writing.

It’s a huge honor! I read these anthologies every year, and have discovered so many writers I love through them. I wrote this story when I was scrounging up the time to write outside of my 9-to-5, and so I’m taking this Prize as a reminder to return to that same sense of urgency in my fiction.

The story’s perspective oscillates between what the children and adults experience. What drove you to frame the story in this way?

I worked on this story while in a workshop with the writer Gina Apostol who gave a lecture on the political possibilities of the free indirect style as a point-of-view that allows for “multiple and contingent authorities.” I wanted to depict characters on all sides of a political moment, while also indicating the decisions and power dynamics that led to the massacre.

And perhaps for obvious reasons, I return again and again in my writing to girls and the stories they invent to make sense of the world, which, in this particular story, has unintended consequences.