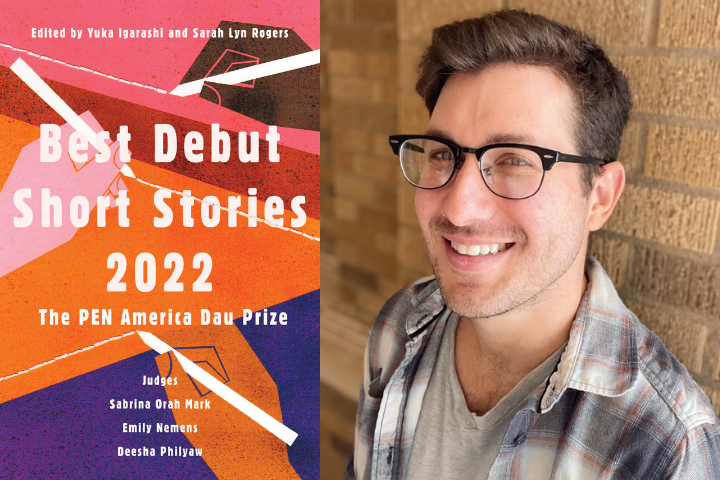 Patch Kirschenbaum is a writer and graduate student in the Ph.D. program in creative writing at Texas Tech University. He was the recipient of the 2020 Robert and Adele Schiff Award for fiction from The Cincinnati Review, where his work first appeared, and he was a finalist for the 2019-2020 and 2020-2021 Wisconsin Institute for Creative Writing Fellowships. He received his MFA from Emerson College in 2019. Based in Lubbock, Texas, he is currently at work on his first novel.

“For Future Reference: Notes on the 7-10 Split” was originally published in The Cincinnati Review.

As your bowling improves, you will slowly begin to feel like you are a part of something. The regulars will start to speak their secret language to you. The younger kids will watch the way you rip the ball down the lane. And at the very same time, when you toss a per-fect ball, when you watch and hear a perfect strike when those pins crash and collapse on themselves like a dying star, that magnificent bang will allow you one-quarter second of escape from this world.

A feeling of time well spent.

A few years ago, I was trying to entertain my girlfriend with a story about my year on the worst bowling team in the state of Indiana. Three of my friends and I unintentionally made our high school squad when we went to tryouts for the two free games. There were ten slots on the team. Only nine people showed up. To this day, I can’t believe we didn’t bail. We got demolished week in and week out and loved every second of it. We had jackets that wouldn’t zip and bowling-related nicknames stenciled onto our sweatpants.

When this topic got old, we for some reason moved on to a conversation about divorce. For the life of me, I can’t remember or explain how we got from one to the other. In any case, this bizarre conversational combination evoked an image of a mother and father positioned like two pins in a split. That night, I sat down and wrote the first sentence of this story. The rest of page one fell out in about twenty seconds. After that, I had no choice but to excavate the entire thing.

It can sometimes be remarkably difficult as a fiction writer to escape the feeling that you are writing into the abyss. We all know our dream readers are out there somewhere, but not only is getting our work into their hands painfully difficult, there is never a guarantee that our stories won’t still find their way into the Chasm of Barely Read Writing even after being given a completely fair shot. What’s more, the very notion that we somehow deserve to be read at all, just because we wrote something, requires a breathtaking amount of confidence. (A better term might be “arrogance-bordering-on-psychosis.”) This being the situation, I don’t think it is at all unreasonable for struggling writers to occasionally question whether all this trouble and hopelessness is truly worth it. This incredible prize and the artists, readers, and editors I have met because of it have given me the perspective to say the following to anyone who might be eyeing the door: Don’t waste another minute worrying. The difficulty of the process is what makes those who are waiting for you so extraordinary. Get back to work.

You’re currently writing about professional poker players. What makes games such compelling subject matter to you?

When you participate in a game, you enter into a world that has its own special rules and values, but you never fully vacate the “real world” either. You’re in this odd bubble—a universe within a universe—where very specific actions and abilities have, temporarily, taken on a new importance. What “players” choose to do and are able to do in accordance with the rules of these unique spaces can often speak volumes about who they are as “people.” Admittedly, this fact is rather useful for a fiction writer… However, this isn’t quite what keeps me writing about games. For me, what makes games so interesting is that even we amateur game players seem utterly convinced that these fake, temporary spaces have something valuable inside them that we get to keep at the end, something we can hold onto and take back with us into the real world when the game ends and the bubble pops. And I would love to figure out what that is one of these days. Is it really just a shot at some pride? Or maybe some money—if you’re a gambler? I hope we aren’t that vain. It could be “fun,” I guess. But what’s that? And do we ever really keep it? And why would we care so much about something so frivolous?