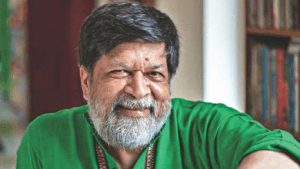 Shahidul Alam, photographer, journalist, and activist, was arrested on August 5, 2018, and was charged on August 6 under Section 57 of Bangladesh’s Information and Communication Technology (ICT) Act, a restrictive law regulating online speech. Alam faced charges for “online speech that hurts the image of the nation.” While covering student protests, he took photographs and provided commentary on live Facebook videos. That same day, he also participated in an interview with the news outlet, Al Jazeera. If convicted, he could face a maximum 14 years in jail.

On November 15, after more than three months behind bars, he was granted bail by the High Court and released five days later. On March 4, 2019, Alam filed a petition in the High Court to challenge the legality of the case against him, claiming that it had violated his basic rights as well as containing legal errors. The High Court suspended the investigation of his case for three months on March 14, 2019, and issued a ruling asking the government to explain why the continuation of examining the case should not be proclaimed as illegal. On August 19, the Bangladesh Supreme Court upheld the High Court’s decision. However, the charges against Alam have not yet been dismissed.

The student protests covered by Shahidul Alam occurred over several weeks, following an incident in which a speeding bus plowed into a crowd and killed two students in Dhaka on July 29. Students, angered by the incident and the overall lack of road safety in the country, organized protests. The government responded to the demonstrations by inciting attacks on student protesters as well as journalists covering the protests.

Alam did not hesitate to voice his criticisms of the government’s response to the protests. In the interview with Al Jazeera, he remarked that police have sought out “help from armed goons to combat unarmed students demanding safe roads.” He added that the government was making a mistake by responding to the protests in this manner: “It thought that fear and repression would be enough, but you cannot tame an entire nation in this manner.” After his arrest, it was reported that he was being interrogated for “giving false information to different media and for provocative comments.”

Prior to his arrest, Alam had established himself as an internationally acclaimed photographer and social activist. He has received numerous awards for his photography, which focuses on overcoming prevailing stereotypes about Bangladesh, a country typically associated by Westerners with poverty and natural disasters. He is also the founder of the Drik Picture Library and Majority World agencies, which provide platforms for photographers from the Global South to promote their works. Further, he is well-known for establishing the Pathshala South Asian Media Academy, one of the best photography schools in the world.

January 21, 2020: Alam releases his most recent book, The Tide will Turn, a photographic and written critique of autocracy in Bangladesh. The book centers on Alam’s experience during his 101-day incarceration after giving a television interview criticizing the government’s crackdown on student protests in 2018, and combines Alam’s own narrative with the work of fellow inmates and collaborators, and includes his letters with writer Arundhati Roy.

November 8, 2019: Alam’s first retrospective in the United States, Truth to Power, opens at the Rubin Museum in New York. The show is a comprehensive overview of his work, and includes photographs that span his career, as well as works that depict the experience of his incarceration.

August 19, 2019: The Bangladesh Supreme Court upholds the Dhaka High Court’s “stay order” in the case filed by the government against Alam, and asks the High Court bench led by Justice Moyeenul Islam Chowdhury to rule on the case by December 18.

March 14, 2019:The High Court issues a “stay order,” which places the investigation of Alam’s case on hold for three months. It also issues a ruling asking the government to explain why the prolongation of the investigation of the case filed under section 57 of the ICT Act should not be contradictory to the 2019 Digital Security Act and the Constitution, and therefore should not be proclaimed as illegal.

March 4, 2019: Shahidul Alam challenges the legality of the charges brought against him by filing a writ petition in the High Court. In the petition, Alam claims that the case holds legal errors as well as violating his fundamental rights.

November 2018: The High Court grants Alam bail on November 15. After a delay caused by disparities in his release paperwork, he is released after 107 days in detention from Dhaka Central Jail on November 20 and is greeted by a large crowd of family members, friends, and well-wishers who waited for hours by the prison’s gates.

September 4, 2018: Following a delay, the High Court hears Alam’s bail petition and calls it “embarrassing,” forwarding it to the chief justice for a decision.

August 28, 2018: The photographer’s lawyers file a bail petition. They refer to Alam’s physical illness and guarantee that if bail is granted, Alam would not leave the country and will face the trial proceedings.

August 22, 2018: Alam’s partner visits him in prison and reports that his health is deteriorating.

August 12, 2018:  Shahidul appears before the Dhaka Chief Metropolitan Magistrate’s Court with no lawyer present. The judge orders him to jail until his next court appearance.

August 7, 2018: Alam’s partner, Rahnuma Ahmed, submits a petition requesting that he be granted access to medical treatment for injuries sustained during his arrest and police custody. The High Court rules that Alam should be released from police custody and delivered to Bangabandhu Sheikh Mujib Medical University (BSMMU) Hospital for the treatment of his injuries. Afterwards, he is taken back into custody.

August 6, 2018: Alam appears in a Dhaka lower court the day after his arrest. He walks in barefoot and limping, and shouts that he has been tortured under police custody. Observers note that he showed signs of physical and psychological abuse. He is charged under Section 57 of the Information and Communication Technology (ICT) Act for “giving false information to the media.”

August 5, 2018: Thirty policemen in plain clothes force their way into Alam’s apartment in Dhaka, destroy the building’s video surveillance, and arrest him. This incident occurs just hours after he has spoken in an interview with Al Jazeera and posted live videos on social media about student protests in Dhaka. In addition to condemning the brutal suppression of student protests, he also criticized government corruption, extrajudicial tortures and killings, and general suppression of dissent. Police cite Alam’s “provocative comments” made in his social media posts and interviews as justification for the arrest.

Shahidul Alam’s arrest is part of larger pattern of free speech violations in Bangladesh by both state and non-state actors. According to local and international groups, mistreatment of political opponents and other critical voices by security forces remain a serious concern, with dozens of cases reported each year. In addition, the Bangladeshi government has a patchy record of investigating increasing threats to and murders of secular writers and publishers, gay rights activists, and religious minorities. PEN America has previously condemned the brutal killings of Bangladeshi writers, professors, and activists such as Xulhaz Mannan and Avijit Roy, among others. Meanwhile, speech is increasingly constrained by a restrictive legal environment, including the draconian Information and Communication Technology (ICT) Act, under which dozens of cases have been filed in the past several years; official attempts to undermine independent media; blocks on social media and other communications applications; and a lack of governmental support for the principle of freedom of expression.

READ: “What the Arrest of Photographer Shahidul Alam Means for Press Freedom in Bangladesh,” Time

You can raise awareness for the case and join us in the support of Shahidul Alam by sharing the hashtags #freeshahidulalam and #ArtIsNotACrime on social media. Also, you can follow the FreeShahidul Facebook page and sign the petition. If you wish to send appeals, you can address them to the Prime Minister of Bangladesh, Sheikh Hasina, as well as to the Minister of Home Affairs, Asaduzzaman Khan Kamal, or the Inspector General of Police, Mohammad Javed Patwary.

Photographer Shahidul Alam Granted Bail, but Charges Must Be Dropped

Tiger Heads All the Way Down

Defend the #FreedomtoWrite, to speak one's mind, and to stand up for the rights of others. Sign our open letter to #FreeNasrin. https://twitter.com/PENamerica/status/1301276719932993536

Join the conversation! And see more of PEN America's work defending a free press as part of #FreeSpeech2020. https://pen.org/campaign/free-speech-2020/