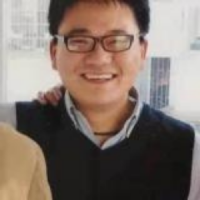 Bookseller Chen Yu, also known as Zhang Xiaomai, was detained in Linhai city in Zhejiang province in September 2019 on suspicion of “illegal business activities” related to selling unapproved religious publications. On September 27, 2020, after over a year in jail, Chen was sentenced to serve seven years in prison and pay a 200,000 RMB fine (approx. $31,000) by the Linhai People’s Court for “illegal business activities.” Authorities also destroyed nearly 13,000 of his foreign-published books.

Chen is a resident of Zhejiang province’s Taizhou municipality and ran Xiaomai Bookstore on Weidian, a Chinese e-commerce app that hosts more than 80 million vendors in 211 countries. Through Xiaomai Bookstore, Chen sold Christian books printed by publishers in the United States, Taiwan, and other countries to readers in mainland China. Chen reportedly has sold over 20,000 books, including nearly 800 books considered illegal to the Chinese Communist Party.

In early September 2019, Chinese authorities detained Chen on suspicion of illegal business activities related to his selling of unapproved religious publications. He was formally arrested a month later on October 18, 2019. On October 29, 2019, the Ministry of Public Security reportedly called on local public security departments to use Xiaomai Bookstore’s customer list to question book buyers and collect evidence against Chen. Following a year of detention, Zhejiang province’s Linhai People’s Court convicted Chen of “illegal business activities” and sentenced him to seven years in prison and a fine of 200,000 RMB (approx. $31,000). Authorities also ordered that the Linhai City Public Security Bureau confiscate Chen’s cell phone and destroy nearly 13,000 of his foreign-published books.

According to the U.S. Commission on International Religious Freedom, Chen’s sentence is the most severe verdict given to date to an individual for selling texts. PEN America has taken on Chen’s case through the Defending Freedoms Project sponsored through the Tom Lantos Human Rights Commission in the U.S. Congress. Chen’s congressional advocate is Bob Good (R-VA).

In recent years, addressing the dire situation for free expression in China has been one of PEN America’s signature campaigns. With the world’s largest population, and with increased economic and political heft, China’s extensive censorship apparatus limits speech both within and outside its borders. Although new digital platforms have expanded the means of expression, they have also provided more opportunities for repression: In China, even a simple tweet can land its author in jail. Since President Xi Jinping took office in early 2013, he has overseen an extensive crackdown on free speech, implementing additional laws and censorship controls on the internet, media, and publishers. In addition, individual Chinese writers, journalists, and creative artists have been censored, harassed, imprisoned, and even disappeared for speaking out about sensitive topics such as the rights of ethnic and religious minorities, corruption, and the lack of democratic reform. Read more about freedom of expression in China.

For the past two years, we've been working with communities to embed media literacy skills into every day habits. Check out our media literacy programming, resources, and more: https://bit.ly/3BhOFRn #MediaLitWk

@PENamerica shares resources in the chat for navigating abuse and advocating for change, such as their Field Manual: https://onlineharassmentfieldmanual.pen.org/ #MediaLitWk #medialiteracy