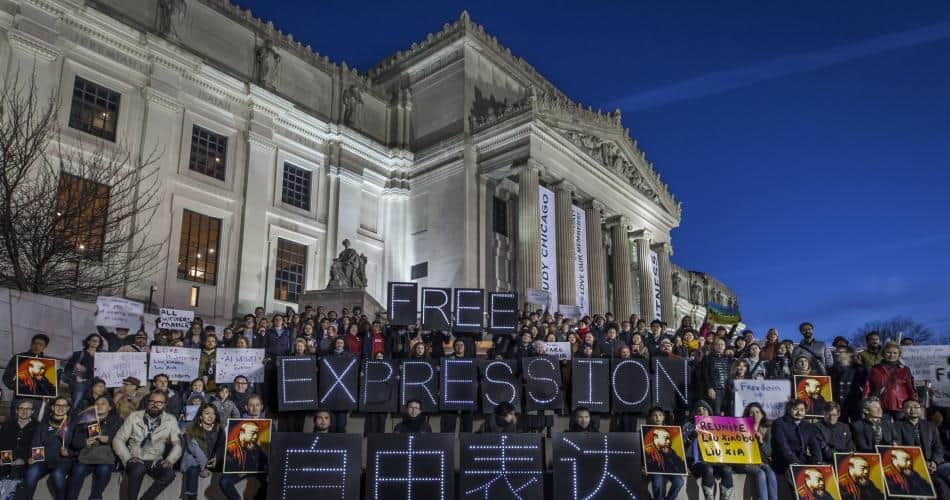 In recent years, addressing the dire situation for free expression in China has been one of PEN America’s signature campaigns. With the world’s largest population, and with increased economic and political heft, China’s extensive censorship apparatus limits speech both within and outside its borders. Although new digital platforms have expanded the means of expression, they have also provided more opportunities for repression: in China, even a simple Tweet can land its author in jail. Since President Xi Jinping took office in early 2013, he has overseen an extensive crackdown on free speech, implementing additional laws and censorship controls on the Internet, media, and publishers. In addition, individual Chinese writers, journalists, and creative artists have been censored, harassed, imprisoned, and even disappeared after they speak out about sensitive topics such as the rights of ethnic and religious minorities, corruption, and the lack of democratic reform. Several dozen are currently behind bars because of their writings or creative expression. PEN actively works to break down barriers to free expression in China through our reports, advocacy, and building solidarity between American writers and their Chinese colleagues. 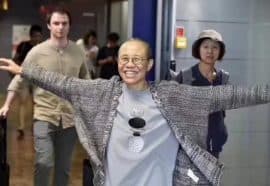 Liu Xia's release is a testament to the power of collective voices being raised in support of those who others would ​brutalize into​ silence. More 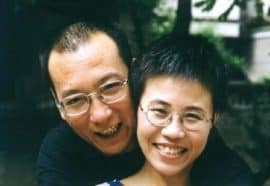 “They should add a line to the constitution: ‘Loving Liu Xiaobo is a serious crime, a life sentence.’” More 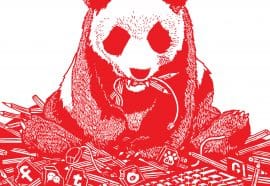 With an increasing array of technological, legal, and ideological tools at its disposal, Beijing is ever more able and willing to systematically erase expressions of dissent, silencing internet users… More 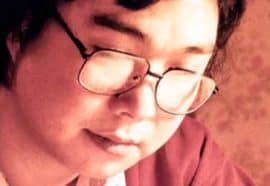 "From the beginning, the Chinese government that has treated Gui Minhai as a pawn. They abducted him, moved him against his will, and kept him in illegal detention for… More 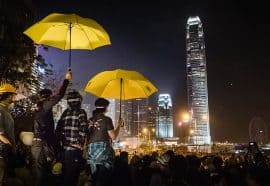 "The overall result of today’s decision is a scary one for the future of protest in Hong Kong, given the approval of sentencing guidelines that seemed to be geared… More 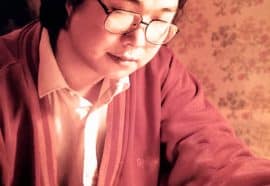 China’s treatment of Gui Minhai demonstrates flagrant disregard for the rule of law and human rights. Their reported claims that Gui has been sharing ‘secret information’ with Swedish diplomats… More 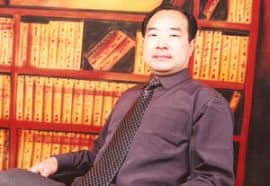 News of PEN/Barbara Goldsmith Freedom to Write Award honoree Yang Tongyan's passing is a harsh reminder of how China treats its critics. More 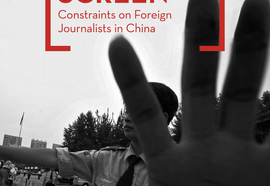 NEW YORK—Foreign journalists are operating under intensifying pressure in China during the tenure of President Xi Jinping, impeding transparency and the flow of information essential to the global public… More

Celebrated Authors and Artists Call on China to Release Poet Liu Xia, Wife of Late Dissident, Ahead of Trump Visit 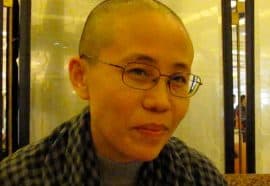 Liu Xia's continued torment is a cruel manifestation of China’s determination to suppress not only dissenters, but someone whose only crime was to love one. More

Sentencing of three Hong Kong democracy activists for their role in a 2014 protest represents a low point in Hong Kong’s commitment to freedom of speech. More 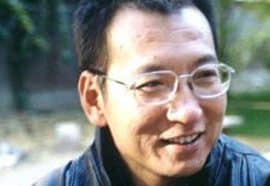 Liu Xiaobo Must be Allowed to Seek Treatment Abroad 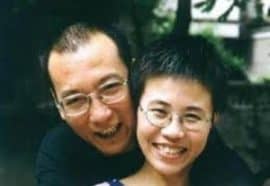 China: New Regulations Increase Control over Both Internet and Media 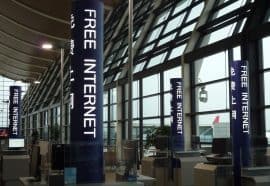 Recently-released Chinese internet regulations represent the Chinese Communist Party’s newest attempt to assert control over both the media and the internet. More 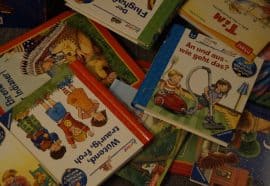 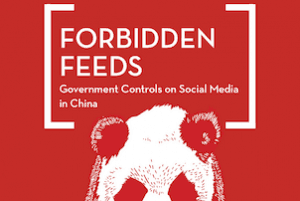 Forbidden Feeds: Government Controls on Social Media in China lays bare the destructive impact of the Chinese government’s vision of “cyber sovereignty” on netizens who dare to dissent. More 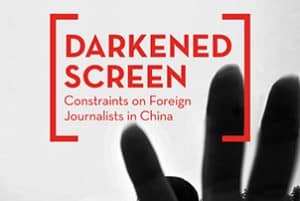 Darkened Screen details how China's government is rewriting the bounds of acceptable coverage for foreign media, constraining the work of foreign journalists and restricting unbiased coverage of the world's most… More 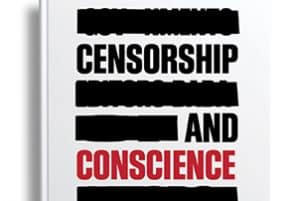 Censorship and Conscience: Foreign Authors and the Challenge of Chinese Censorship

This report illustrates an under-explored dimension of China's massive censorship machine: the censorship of some of the thousands of international titles published annually in China.  More 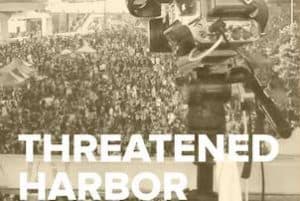 The deterioration of press freedom accelerated over the course of 2014 in Hong Kong, coinciding with a period of rising political tension. This report brings together news reports, first-person… More

The PEN Report: Creativity and Constraint in Today’s China

The result of five years of research and targeted advocacy on behalf of censored or persecuted writers and journalists in the People's Republic of China, this report compiles the ongoing threats… More

Send a Message of Solidarity to Ilham Tohti’s Family 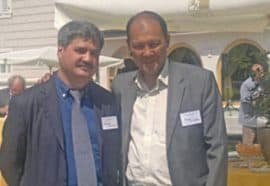 As a Uyghur writer, I cannot truly understand or write any novel, story, or poem in Chinese. It isn’t possible because Chinese is not my language… More 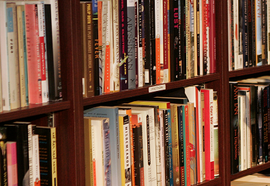 Twelve leading U.S. publishers have signed onto a PEN American Center pledge to monitor and address incidents of censorship in translations of books by foreign authors for the Chinese… More 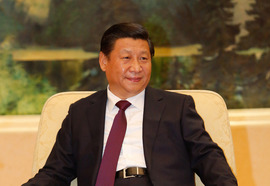 The imprisonment of writers and journalists damages China’s image abroad and undercuts its ambition to be a strong and respected partner on the world stage. More 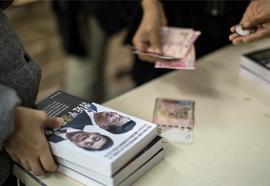 Detained Hong Kong bookseller Lam Wing-kee’s account of his months-long ordeal in mainland police custody, where he was interrogated without a lawyer and forced to confess to “illegal trading,”… More 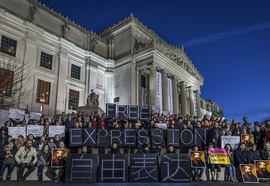 Demand an end to China’s repressive censorship laws and the release of the all those writers jailed by China for their work. More 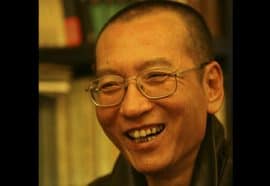 Liu Xiaobo (1955-2017) was a brilliant writer and committed activist. As President of the Independent Chinese PEN Center, he was a friend and compatriot for writers all over the… More 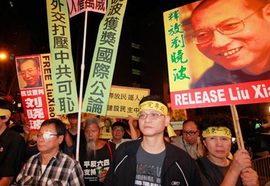