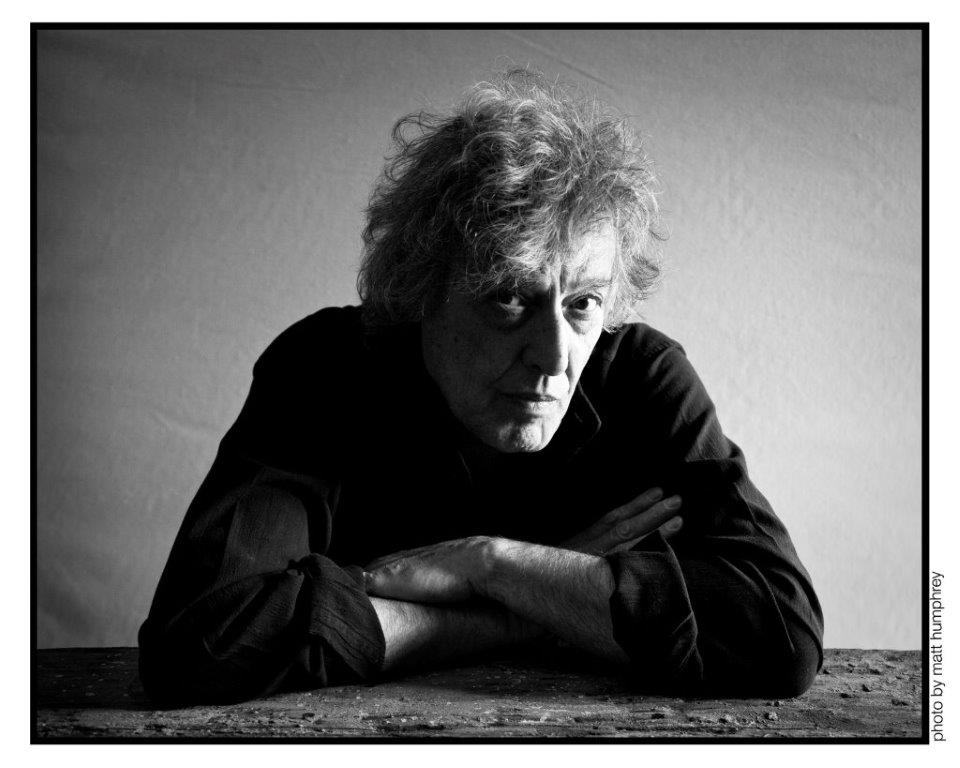 “The idea of society is not intelligible to me without the idea of the artist, the poet—there were no essayists and novelists, quite those terms in Plato’s world—but every kind of writing and indeed every kind of creative composition is inescapably part of our society because it is inescapably one of the things, or is it perhaps the only thing, that makes us Homo Sapiens.” (Read Stoppard’s full acceptance speech from the 2015 PEN Gala)

At the 2015 PEN Literary Gala, esteemed playwright Sir Tom Stoppard will accept the 2015 PEN/Allen Foundation Literary Service Award for his extraordinary career as a dramatist and his abiding commitment to the defense of creative freedom worldwide.

“Stoppard is without peer among modern dramatists, using comedy, theatricality, and intimate stories to explore the deepest reaches of identity, ethics, and freedom. While his accomplishments as a playwright are universally acknowledged, we honor Stoppard not only for his literary genius, but also because he is a writer of conscience, courageously using his pen and his voice to speak out on behalf of those denied the freedoms that have helped make his own work possible.”

Tom Stoppard was born in Zlin, Czechoslovakia in 1937 and moved to England, via Singapore and India, with his family in 1946. He began his working life in 1954 as a junior reporter on the Western Daily Press. In 1967 Stoppard’s first full-length play, Rosencrantz and Guildenstern Are Dead, was staged by the National Theatre. This play was followed by other award winning works, including Jumpers, Every Good Boy Deserves Favour (with Andre Previn), Travesties, Night and Day, The Real Thing, Hapgood, Arcadia, Indian Ink, The Invention of Love, The Coast of Utopia (a trilogy) and Rock’n’Roll. His many stage adaptations and translations include Undiscovered Country (Schnitzler), On the Razzle (Nestroy), Rough Crossing (Molnar), The Seagull (Chekhov), Henry IV (Pirandello), Heroes (Sibleyras), Ivanov (Chekhov) and The Cherry Orchard (Chekhov). Tom Stoppard has also written for radio, television and film. His screen credits, as writer and co-writer, include Brazil, Empire of the Sun, Enigma, Shakespeare in Love (winner of an Academy Award for best original screenplay) His most recent work includes, for screen, Anna Karenina, for television, Parade’s End (a five part series) and for radio, Darkside. His latest play, The Hard Problem, opened at the National Theatre in January 2015. He also directed his own screenplay of Rosencrantz and Guildenstern Are Dead (1990), which won the Golden Lion at the Venice Film Festival. Stoppard received a knighthood in 1997 and in 2000 was awarded the Order of Merit by Her Majesty the Queen.

Stoppard’s critically acclaimed works have brought new and powerful perspectives on the human condition to wide audiences over a remarkably prolific decades-long career, exploring the social and political forces that shape individual identity. In 1977, Stoppard travelled to the Soviet Union and several Eastern European countries, where he developed support for political dissidents and wrote many prominent articles on the Czech Charter 77 for the New York Times and the New York Review of Books. He formed a close friendship with novelist and former Czech president Václav Havel, and translated may of his works into English. Since 2005, Stoppard has campaigned for oppressed artists in Belarus, bringing the embattled Belarus Free Theater to New York in 2011.

Freedom of Expression in Belarus is extremely repressed:

• Alexander Lukashenko has been the president of Belarus since 1994. After his 2010 re-election, hundreds were arrested in protests of the flawed procedure, including the opposing presidential candidates.

• The Belarusian Association of Journalists (BAJ) documented at least 45 incidents of journalists detentions and arrests in 2013.

Tweet to show your support for the work of Tom Stoppard and the Belarus Free Theater to support creative freedom in Belarus: