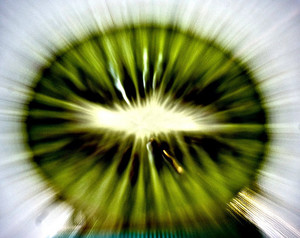 PEN just returned from a fantastic conference on internet openness and rights at the Citizen Lab, a Toronto-based activist group that has pioneered studies on censorship and surveillance around the world. I spoke about PEN’s work on digital freedom issues, including the Declaration on Digital Freedom, and the many exciting new initiatives that PEN is exploring, including the forthcoming launch of a report on how our caseload is affected by the use of digital media.

As I listened to the informative sessions at the conference, I realized that the rise of internet censorship was immediately accompanied by circumvention tools which probe the limits of censoring technologies. Here are three revelations about circumvention that I learned in Toronto.

Many dissidents around the world, and notably in China and Turkey, rely upon Virtual Private Networks (VPN) to circumvent censorship and filtering tools put in place by governments. Using a VPN effectively allows a user to avoid censors and provides vital information to dissidents and activists. However, VPNs aren’t free. The operators are forced to pay for bandwidth and servers. Some VPNs charge for these services, often at cost, while others host advertisements which frame the user’s surfing experience. Bearing these costs can create additional security concerns for the users, as the advertisements may expose the users’ personal identifying information. The company Psiphon, which spun out of Citizen Lab, is experimenting with using vetted sponsors to pay for the bandwidth, such as Deutsche Welle and the BBC, instead of ad networks. These companies are interested in sharing their news reports and radio programs with users and are willing to pay for their access to the internet. While hardly sexy, free expression at least partly depends on whether users can afford to get online in the first place.

Researchers around the world have been studying China’s filtering and censoring regimes because of their impact upon human rights activists and because of the sheer scale of internet users in the country, which is estimated at nearly half a billion people. While it may be tempting to assume that users in China who use circumvention tools are seeking better privacy protections, that turns out not to be the case, according to a report by the consulting group Robinson + Yu that surveyed 1,175 Chinese users. Rather, most users are looking for “information consumption,” and use circumvention tools to access search engines, utilize foreign social media sites such as Facebook and Twitter, and to read foreign news. Users are less concerned with their own personal privacy than fulfilling the promise of the internet—unrestricted access to information—and doing so as rapidly as possible. Dissidents and journalists, however, would likely have different uses and needs for circumvention technologies. PEN’s China Report offers insight into the challenges faced by writers who dare to speak their mind.

While many of these technologies focus on practices by users, the people creating and studying circumvention tools must often navigate some thorny ethical issues. Given the outdated policies and draconian laws in place—such as the Digital Millennium Copyright Act and the Computer Fraud and Abuse Act (CFAA)—hackers must decide when to access and infiltrate various systems and may risk breaking local and international laws. Jeffrey Knockel, a researcher who cracked the encryption code of Skype’s software in China, jokingly called this “The Ethical Dial,” and asked how far the dial should be turned, if at all, when trying to understand the bad guys. These very human decisions may take place at the level of bytes—and bits, especially when examining character encoding in other languages—and they sometimes require split-second ethical decisions on the screen. Should I create a fake account and allow a virus to run its course? Should I hack into a computer that has a 90% chance of being used to spy on dissidents? What about that 10% chance that it is harmless? What if that 10% lands me in prison?

At PEN, we defend free expression wherever it is threatened and promote literature. Literature may not have envisioned the specific micro-level questions confronting hackers (although many science fiction authors such as John Brunner have imagined them), but I was continually struck at how these researchers wrestle with ambiguity and I was also struck by how they are inspired by science fiction, offering the promise of some exciting collaborations in the future. Watch this space.