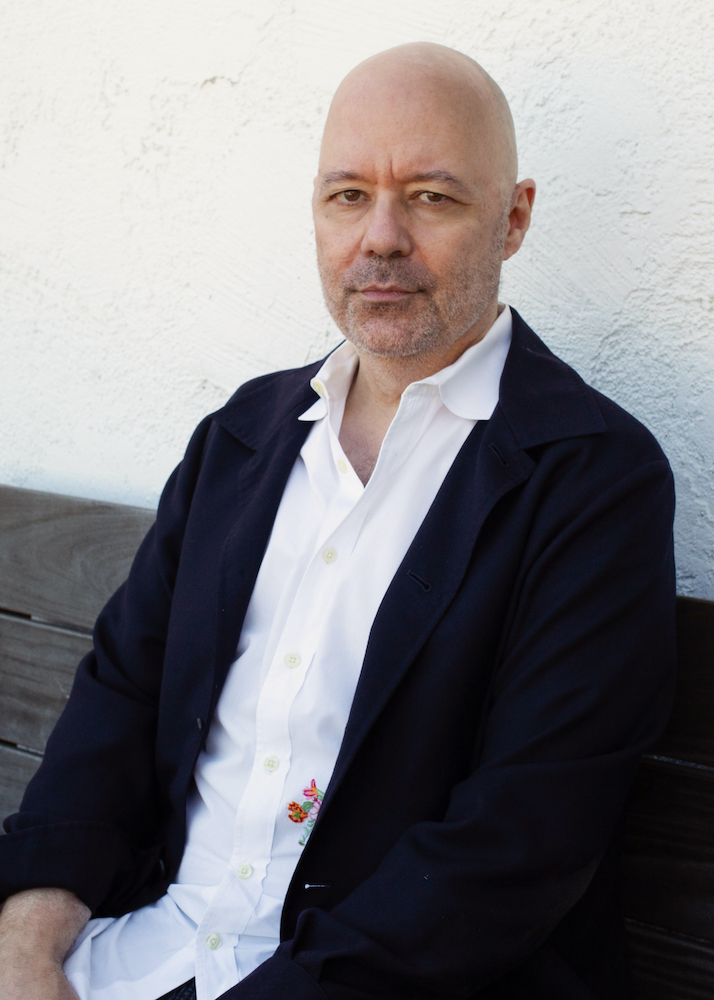 1. What was the first book or piece of writing that had a profound impact on you?
First ever? D’Aulaires’ Book of Greek Myths. First, as an (almost) adult reader? John Barth’s The End of the Road and Thomas Hardy’s Tess of the d’Urbervilles—an odd pairing—were two that taught me that books weren’t just storytelling, that they involved a set of complex formal choices.

2. What are the challenges of writing about Los Angeles?
The same ones that writers face writing about almost anywhere else. People have ideas about places they’ve never been. (People have ideas about places they have been, for that matter: ideas that don’t line up very well with reality.) The effort is always to puncture and to rearrange those ideas somewhat. My first book was set in Columbus, OH, a place I had all sorts of nutty ideas about. No matter the place you’re writing about, people have some notions that are incorrect. The idea of Los Angeles as some sort of left-coast outlier, a cultural semi-desert that remains somehow apart from the nation at large, persists even after three-quarters of a century offering strong evidence to the contrary.

“No matter the place you’re writing about, people have some notions that are incorrect. The idea of Los Angeles as some sort of left-coast outlier, a cultural semi-desert that remains somehow apart from the nation at large, persists even after three-quarters of a century offering strong evidence to the contrary.”

3. How does your writing navigate truth? What is the relationship between truth and fiction?
As soon as you start describing things—as soon as you start imagining them vividly enough to exist on the page at all—you’re drifting into the realm of fiction. This is true even of heavily researched narrative nonfiction, but I try to maintain a distinction between facts and truth, as slippery as that can sound. Facts are useful in my writing, both fiction and nonfiction alike, but the aim is always truth. Not “the” truth but a truth, which is a subjective value of course, but one aims to arrive at one that’s legible and valuable to other people. That’s probably the best any writer can hope for.

4. What does your creative process look like? How do you maintain momentum and remain inspired?
Between projects, there is often a period of drift—one in which I have no idea what I’m doing next and can feel a lack of agency to choose, an exasperating feeling of indecision. Once I batten onto something—which is inevitable, though it’s always a little mysterious how that “something” arrives—I work as consistently as I can: six days a week, usually, even if only for an hour or two. The key to remaining inspired is to keep my head in the project. To be in touch with it daily so I don’t lose my nerve.

“Facts are useful in my writing, both fiction and nonfiction alike, but the aim is always truth. Not ‘the’ truth but a truth, which is a subjective value of course, but one aims to arrive at one that’s legible and valuable to other people. That’s probably the best any writer can hope for.”

5. What is one book or piece of writing you love that readers might not know about?
Sam Sweet’s fantastic monograph Hadley Lee Lightcap. It’s a strange sell, because it’s ostensibly a book about a rock band very few people have ever heard of—a group called Acetone, who were briefly active in the 1990s—and for whom even the writer doesn’t make any great claims. It’s. . . nominally a piece of music writing, but in actuality it’s a book about time, aging, and urban geography. Sweet is such an astonishingly measured, beautiful writer. It’s one of my favorite books of the past several years.

6. What do you consider to be the biggest threat to free expression in publishing and entertainment?
Contrary to the hysteria on the right, and to the signers of last summer’s Harper’s letter, I think the biggest threat—I assume we’re talking here in America, and not about conditions abroad—remains the corporate hegemony that owns much of our entertainment complex. Once you have newspapers, networks, movie studios, and publishing houses owned in one place—Rupert Murdoch, for example, has at least one of each; Jeff Bezos, same—you arrive at something untenable. I could as easily propose the advancing possibility of a fascist government as the biggest threat, but of course that problem is closely paired with the one I just described.

7. Which writers working today are you most excited by?
Got an hour? In the interest of keeping this answer under a few dozen single-spaced pages, I’ll omit a bunch of the usual and semi-usual suspects and confine myself instead to a recently-read palmful who ought to be (even) more widely appreciated than they yet are: Jarett Kobek, Grant Maierhofer, Terry Castle, Sergio de la Pava, and Christopher Sorrentino. Recently, I’ve been especially excited by the work being published by a collective called Deluge. The three people who run it—Emily Segal, hannah baer, and Cyrus Simonoff—are all amazing writers, and the work they’re publishing (thus far, Segal’s novel Mercury Retrograde and a book of poems by Jeanetta Rich called Black Venus Flytrap) is extraordinary.

“Everything is lost, eventually. Everything. Writing remains the only way I know to preserve the world as it vanishes all around us, and maybe even the best way to go about experiencing its presence to begin with.”

8. What misconceptions about writers do you think it is time to dispel?
That there isn’t always an obscene amount of luck involved. Sometimes, bad luck. A writer is ignored. Another writer is anointed. The difference between them is not usually a discrepancy of talent. It’s a matter of luck, and sometimes of other, less savory factors—privilege, or mediagenic qualities—that can bring one writer attention and another obscurity. That’s not to say that talent isn’t involved. Merely that it isn’t the be-all and end-all, and that great writing can be very easily overlooked in favor of writing that’s digestible.

9. Which writer, living or dead, would you most like to meet? What would you like to discuss?
James Baldwin. I did meet Baldwin. I was his student in the mid-1980s. But I’d like to meet him again, the better to both ascertain the vastness of my youthful ignorance, and to bask once more in the greatness of his understanding and of his spirit. There’s no end of things I’d like to discuss with him, obviously, but I wouldn’t mind starting once more with Henry James.

10. Why do you write?
I’m tempted to answer this glibly (“because I can’t help it” or “I wish someone would teach me how to stop”), but the real answer is to manage my own experience of time. Everything is lost, eventually. Everything. Writing remains the only way I know to preserve the world as it vanishes all around us, and maybe even the best way to go about experiencing its presence to begin with.

Matthew Specktor is author of the novels American Dream Machine and That Summertime Sound; a nonfiction book, The Sting; and the forthcoming memoir The Golden Hour (Ecco/HarperCollins). His writing has appeared in The New York Times, The Paris Review, The Believer, Tin House, Vogue, GQ, Black Clock, and Open City Magazine. He has been a MacDowell Fellow and is a founding editor of the Los Angeles Review of Books. He resides in Los Angeles.

The PEN Ten: An Interview with the 2021-2022 PEN America Writing for Justice Fellows

The PEN Ten: An Interview with Sunjeev Sahota