The PEN Ten: An Interview with Sunjeev Sahota 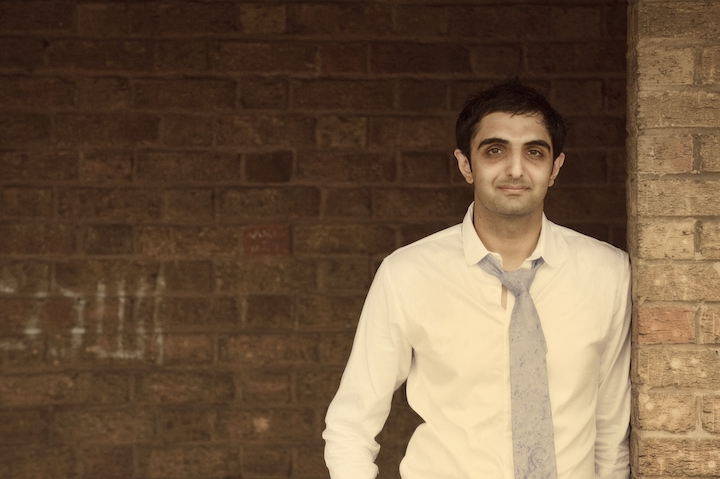 1. What was the first book or piece of writing that had a profound impact on you?
At age 19, I read Rohinton Mistry’s A Fine Balance and felt devastated by it. I’ll still think of Dina, Ishvar, Om, and Maneck and once again feel the heavy pull of emotion that book gave me.

2. You’ve said that you did not read a novel until you were 18 years old. What is it, all these years later, that has led you to not only read novels, but write them?
I still, all these years later, derive a great deal of meaning from the act of reading novels, which is no doubt connected to notions of dramatic truth (as opposed to, say, confessional truth). Watching imagined people struggling through life in the imagined arena of a novel somehow allows me to live my life in a better, more self-aware way. Writing novels is an extension of that.

“I still, all these years later, derive a great deal of meaning from the act of reading novels, which is no doubt connected to notions of dramatic truth (as opposed to, say, confessional truth). Watching imagined people struggling through life in the imagined arena of a novel somehow allows me to live my life in a better, more self-aware way. Writing novels is an extension of that.”

3. Looking back, do you wish you had become interested in fiction writing early on in your life? If so, how would you convince a teenage version of yourself to read novels? What would you encourage him to read first?
I was always drawn to words as a kid and would spend heaps of minutes turning over words on cereal boxes and shampoo bottles, fascinated by the work words could do and the order they were put in, the lines they brought to some kind of life. So I’d encourage my younger self to head to the library and read some poetry.

4. What does your creative process look like? How do you maintain momentum and remain inspired?
I wait until an idea has accumulated a certain amount of critical mass in my head and then I start at the beginning and keep going until things fall apart. I’ll take a break, try to work out what went wrong, and then start again. I’m quite dogged, which helps, and the novels seem to have an incentive built into them, refusing to reveal to me what it is I’m trying to say until I actually reach the end.

5. What is one book or piece of art you love that readers might not know?
I love the paintings of Leonora Carrington, who spent most of her life in Mexico. She was a surrealist, and in works like “Grandmother Moorhead’s Aromatic Kitchen” and “The Lovers,” she speaks powerfully about ideas of solidarity and a politics of universalism. 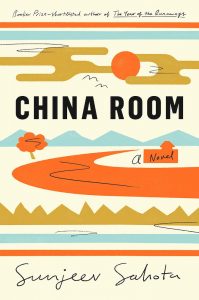 6. What was one of the most surprising things you learned in writing your book?
Partway through writing China Room, I realized that all the fathers in my books are essentially the same: They are all dignified, pacific, caring men—they are all like my own father, really. The fathers in my novels who do not care for their children are silenced and dispatched fairly quickly with barely a word of dialogue. It was shocking to admit that, however much I might like to believe that my writerly sympathies are wide and compassionate.

On some level, I must hold quite an unforgiving stance on fatherhood, on what constitutes a good father. I never knew I had this moralizing streak. I guess once you’ve started accumulating a body of work, your real thoughts and sympathies are laid bare, without you even realizing it. There’s no hiding from your novels, and your novels do not have your best interests at heart; they will happily betray you.

7. What is a moment of frustration that you’ve encountered in the writing process, and how did you overcome it?
Whenever I reach a stage when it feels like the novel has lost its vitality and urgency, I spend a long time sitting in solitude, trying to understand why the novel fell apart. This happened three times with China Room, and on the third occasion it was nine months before I felt sufficiently armed and ready to start from the beginning again, ready to fail again, as Beckett had it.

“I guess once you’ve started accumulating a body of work, your real thoughts and sympathies are laid bare, without you even realizing it. There’s no hiding from your novels, and your novels do not have your best interests at heart; they will happily betray you.”

8. What is something that you feel your readers would find surprising about you?
We tend to think of writers as being purely of the mind, as if they lack an active physical self. But I live on the edge of a national park, with many running trails that I make use of. Running has a way of obliterating all other thoughts; I’m at my most present in the world when running.

9. What’s a piece of art (literary or not) that moves you and mobilizes your work?
I’m interested in ideas of suffering—of the individual, of a group, or as in China Room, across time—and am drawn to art that interrogates how we live while suffering goes on all around us. An obvious example is Auden’s “Musée des Beaux Arts,” and there’s a small allusion to that poem in each of my novels.

10. What advice would you give to a writer who is trying to publish their book—not just in general, but especially in this current climate?
No matter the climate, the extraordinary act of writing a novel can only be achieved by ordinary grim persistence: sitting down, coffee long cold, wrong sentence after wrong sentence.

Sunjeev Sahota is the author of Ours Are the Streets and The Year of the Runaways, which was shortlisted for the Man Booker Prize and the Dylan Thomas Prize, and was awarded a European Union Prize for Literature. In 2013, he was named one of Granta’s 20 Best of Young British Novelists of the decade. He lives in Sheffield, England with his family.