1. What was the first book or piece of writing that had a profound impact on you?
At 13, I discovered the poetry of Federico García Lorca. Someone gave me a  copy of the Generation of ’27 anthology, and there, I found verses from Poet in New York. The experience was like hearing a song in another language: The tone of the voice, the music, the false cognates…. All of it allows you to (re)construct a message that’s your own. I also had the sense that while I could use those same words to communicate with my family or friends, they belonged to another language, too—the language of poetry. And I wanted to learn that language, so I started writing poems.

2. What was an early experience where you learned that language had power?
I’ve always felt much more comfortable writing than speaking. Writing allows us to communicate in a completely different way, at another tempo, in other moods—it even requires a certain physical gesture. Writing prompts reflection, editing—if the words we choose aren’t aligned with our intentions. For a while, I’d ask everyone I met what their first word had been. I was fascinated by that accidental choice, not the result of a thought but rather an external stimulus: what you hear, what’s repeated to you…. Mine, for example, was “papá.” My sister’s was “Lena,” a distortion of my name. Already there’s a kind of emotional contact being made: a first experience of power through language. I believe all—or almost all—of our decisions are political, so any attempt to communicate involves the exercise of power.

3. How did you develop the story idea that ultimately became The Wonders? When was the moment you knew that you had the beginnings of a full-length novel on your hands?
Although The Wonders is the first novel I published, it’s the fourth novel I wrote. In those three previous attempts, and in some unpublished stories as well, there’s one character who never fails to appear: Alicia—or someone like her—maybe at different points in her life, but always with identifiable traits. I asked myself why I found her so interesting, and that prompted a draft of the chapter “The Kingdom.” When I finished it, I realized that rather than answer my question, it produced more of them: Who is Alicia? What happens next? Who is her mother, her grandmother? I approached every character from the angle of the themes I feel closest to, the same ones that show up in my poems and essays: social class, money, precarity—occupational, economic, emotional—gender, etc.

“Writing allows us to communicate in a completely different way, at another tempo, in other moods—it even requires a certain physical gesture.”

4. The Wonders is a multigenerational story that brings a century of Spanish feminist movements to the fore. The book especially explores the intersections of class and activism and makes a point of illustrating that for so many working class women, the right to protest is an inaccessible luxury. What are some iconic current and historical touchstones in Spain’s feminist struggles that most inspired you to write this book?
I’m not a historian, I’m a writer, so my inspirations in this area are tied to cultural experiences, self-led studies…. During my final stretch writing The Wonders, every day I tried to read for at least half an hour, like an athlete warming up before training or competition, paying close attention to the tone and style of writers who I admired. I’d like to mention some postwar writers whose lives and works were marked by the Franco dictatorship: fiction writers like Concha Alós, Carmen Laforet, Carmen Martín Gaite, Ana María Matute, Dolores Medio, Elena Soriano, or the poet Ángela Figuera Aymerich, whose books taught me how to engage the political in spaces of intimacy—symbolic or physical. And there are several historic events I’d like to write about one day, linked to bread riots. These are mostly in Europe, but also in India, Japan, or Mexico, as early as the 17th century: popular uprisings initiated, in many cases, by women who demanded to be able to feed their families. For example, the food riot in Córdoba in 1652, or the Faeneras Rebellion, in Málaga in 1918, which had a  notable working-class bent.

5. What is a moment of frustration that you’ve encountered in the writing process and how did you overcome it?
My biggest frustration is the amount—and quality—of time my day job allows me to spend writing. Not characters or plots as much as the fact that I often have little energy for writing or editing, because I have to work or I’m too tired, or I’m incapable of maintaining—for those same reasons—the kind of consistency that I need to tackle a novel. I often say we don’t write the books we want to write, but the books we’re able to write. In my case, I finished The Wonders by disappearing from the lives of my loved ones for long stretches, sacrificing my free time, and getting very little sleep.

6. What is the role of a writer in an era of social unrest? Polarization? Democracy in decline?
I have a hard time answering questions about the role of the writer—I don’t want to pontificate about any one stance. I believe in each writer’s freedom to determine her own approach, what she wants to transmit in her texts and how. Still, as I said before, I believe everything is political—even those who reject the idea that their books have an ideology are taking a position. With my books, I’m interested in the possibility of “thought-making”, ideological thinking, of course—politically engaged, without a doubt. At the same time, I believe there’s a deeply-rooted classism in the figure of the intellectual, who’s often seen as an authority on any subject, even unfamiliar ones. I don’t believe that my being a writer means my opinions deserve more attention than those of someone in any other role. We should listen more and speak less.

7. The Wonders has now been translated into 15 languages. Describe your experience working with your translators—do you typically work very closely with them? Or do you prefer to take a more hands-off approach?
I adapt to the needs of each translator. If they want to ask questions, I’m happy to answer them. If they prefer to work alone, that’s fine too. My experience with The Wonders has been quite varied. There are translators I’ve been in touch with throughout the whole process, and others I’ve never spoken to. I see translation as rewriting: Each book will reflect my ideas, but the words will belong to the person who chose them. It continues to be my novel, but above all, it’s the novel of the translator.

8. Though The Wonders is your first novel, you are also a poet, essayist, and the author of a children’s book. How does your approach to writing change when you’re working in a different genre or form?
The tempo of my writing varies a lot, depending on genre. When I’m working on a poem, I’m struck by an idea, a music, an image—and weeks later—another—and months later—another, and little by little, I string elements together until I land on a first version. The process can take years. In the case of an essay, I spend months reading and researching. I take notes, I write with an urgency, and expand and rewrite, and the editing phase is long. And if I’m writing a novel, I develop an idea of what will happen, make an outline, and adjust it as I go along. I try to block off time every day so I don’t lose the thread of the story. They’re such different processes that, when I sit down to write, I already know what form will best fit an idea. It almost never happens that a poem arises from a novel, or a story evolves into an essay.

9. What other authors are you friends with? How do they help you become a better writer?
Some of my friends write, or illustrate, or work in publishing. Others are professors, veterinarians, cooks, or administrative workers. Our conversations enrich my writing because they allow me to look at it from other points of view, sometimes very different from my own. I talked earlier about the classism around the figure of the intellectual. I value all feedback on my work, whether it comes from my writer friends or from those in other fields, with other interests. It’s inevitable that some experiences, and some doubts, will be better understood by those who’ve been through something similar to my process when I write, but that isn’t always the case.

“I’ve never been overly optimistic, but I do have more and more faith in the people who, before acting or speaking, think hard about what effect their actions or words will have—people who count to five before making any decision.”

10. What is something that has been providing you with hope these days?
I’ve never been overly optimistic, but I do have more and more faith in the people who, before acting or speaking, think hard about what effect their actions or words will have—people who count to five before making any decision.

Elena Medel is a Spanish poet and the founder and publisher of La Bella Varsovia, an independent poetry publishing house. Medel was the first woman ever to win the prestigious Francisco Umbral Prize, for her debut novel The Wonders, which was also longlisted for the Finestres Award and has been translated into twelve languages. She published her prizewinning first collection of poetry, My First Bikini, when she was sixteen years old. 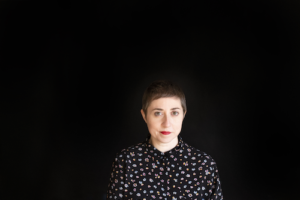 The PEN Ten: An Interview with Elise Levine

The PEN Ten: An Interview with Darrel Alejandro Holnes

The PEN Ten: An Interview with Alejandro Zambra