The PEN Ten: An Interview with Alejandro Zambra 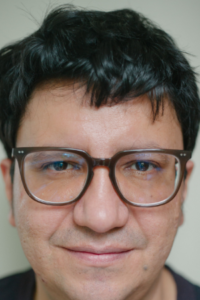 1. How does your writing navigate truth? What is the relationship between truth and fiction?
Any idea of truth is incomplete if it excludes fiction. I think fiction is a way of destroying the illusion of a single, simplified, official and domesticated truth. Sorry—I wanted my answer to be less solemn, but writing in English plays tricks on me.

Let’s see: maybe Truth and Fiction are more like intimate friends that had a terrible, deal-breaking fight long ago. They didn’t become enemies, though. Now they’re more like roommates in the same big, drafty house.

Lately, Fiction has become annoyed by Truth’s flirtatious behavior with Nonfiction, that self-satisfied asshole. But Truth and Fiction still manage to live together somehow. Sometimes they don’t talk to each other that much, but they still split the utility bills.

“Self-criticism shouldn’t paralyze us or silence us, on the contrary, it can be so useful and healthy and purifying.”

3. Which writers working today are you most excited by?
There are like a hundred! Ok, I will play the game, but I will only name writers whose books I’ve read more than ten times: Květa Pacovská, Germano Zullo & Albertine, Shinsuke Yoshitake, Hervé Tullet, Isol, Jon Klassen, Paloma Valdivia, Mac Barnett, Kazuo Iwamura, Mo Willems.

4. Which writer, living or dead, would you most like to meet? What would you like to discuss?
Well, I’m a curious person, so with dead people—writers or not—I’d naturally want to talk about how it feels to be dead. As far as living people go, after these eternal and terrible years of hurtful distance and eyes without a face, I would choose to hang out with some old and very alive pals I haven’t seen in a long time. I’d like to see my fellow poet Andrés Anwandter, for example. I’d like to talk with him for many hours, masks off and beers on, about the weather.

5. Why do you think people need stories?
Because otherwise, things would be sad, boring, disheartening, stupid and ultimately false. 6. Like yourself, your protagonist Gonzalo is also a writer. As a youngster, Gonzalo’s early poems take the shape of sappy love letters to his teenage girlfriend. What was your early writing like? Were you interested in the same subjects that you tackle now?
I don’t really know if I’m like Gonzalo. I mean, if I wouldn’t have ended up writing novels, I would probably be more like Gonzalo now, but in that case he wouldn’t exist… About my early writing: When I was around 20 years old I burned all the poems I had written until then and I did certainly feel the pleasure of starting over, but my new poems were even worse. So later, I burned all these new attempts at writing, and so on… Maybe the only thing that really changed is that I stopped burning things and started publishing them, which is in some sense, a way of burning them, too.

7. In one scene in the book, Gonzalo and his stepson Vicente perform a close reading of the word padrastro, Spanish for “stepfather.” In Spanish, the suffix -astro has a pejorative connotation and Gonzalo becomes rather fixated on its etymology, offended by the insinuation that stepfathers are “bad fathers.” He fervently compares the Spanish etymology to those of the word in other languages, before turning to Vicente and saying, “What I want to tell you is that this is our language. We have to use the words, even if we don’t like them. And if we use them enough, maybe they’ll start to mean something different; maybe we’ll manage to change their meanings.” Is there a word that you have managed to change the meaning of for yourself? Or in a similar vein, is there a word whose meaning you would change, if you could?
My feeling is that I’ve recently been relearning all words. And it is a good feeling. Early in the pandemic, I felt words were somehow infected—especially words related to time and space. There are a lot of them, and I felt they were somehow laughing at us. But on the other hand, my kid was learning to speak, and witnessing that was so incredibly beautiful. Also, I’m not exactly using my own words all the time, since I’ve been living in Mexico for five years now. That is really fun. I mean, it is a problem, but a problem that keeps me alert. I am really curious what is going to happen to my Chilean Spanish over time, and therefore to my writing.

8. Vicente learns he has to repeat a grade in school, but instead of becoming angry, Gonzalo pens his son a letter with undertones of wistfulness. He writes, “Failure gives us back our nobility and joy. Almost without realizing, we do things a little better. Or we decide to make mistakes again. Because we can repeat again, over and over.” What’s something you’ve failed at more than once?
Well, writing. Writing is writing badly. From the outside, you see only finished copies, but this job is a lot more about drafting and being obsessed with images and ideas you can hardly communicate.

I’ve failed more than once in almost everything. I think the only thing I succeeded at immediately—I don’t know why—was cooking rice. I am not a gifted cook, but rice seems to be my thing.

“Any idea of truth is incomplete if it excludes fiction.”

9. Your country, Chile, recently elected Gabriel Boric Font as its next president, a 35-year-old former law student who ran on a platform of change and defeating neoliberalism. In December, you joined 500 fellow Chilean writers in signing a letter of support for Boric. Why was this an especially high-stakes election for artists and writers in Chile?
Well, the other candidate was an updated and polished version of your usual Trumps and Bolsonaros, so you can imagine what an oppressive nightmare we Chileans would be living through if he had won. But many people who signed that and other letters were not just making an anti-Kast statement. Many of us have been pinning our hopes for a long time now on the generation of Gabriel Boric. I really believe in what he and Camila Vallejo and Giorgio Jackson and Karol Cariola and many others have accomplished. I’m name-dropping now, although what I really like about them is how they have been able to enact a more collective way of envisioning power.

10. What is something that has provided you with hope during these times?
Well, “hope is the thing with feathers,” said my favorite non-Chilean poet. But I do feel hope. Gabriel Boric’s election and the fact that a new Constitution is being discussed in my country have been strong and heartening signs of hope. In Chile and elsewhere, it seems to me, everything is being reevaluated. Our relationship with the planet, for starters. And this fucking pandemic has changed us in unexpected and mostly undesirable ways—I think being aware of how hard things are will make us stronger and smarter and more humble and generous and self-critical and courageous. That is something that I hope for.

Alejandro Zambra is the author of five previous works of fiction, including Multiple Choice and My Documents. The recipient of numerous literary prizes and a New York Public Library Cullman Center fellowship, his stories have appeared in The New Yorker, The New York Times Magazine, The Paris Review, Granta and Harper’s Magazine, among others. He lives in Mexico City.