The PEN Pod: On the Science of Belief with Yaa Gyasi 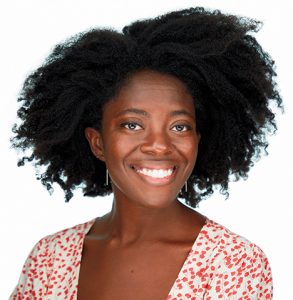 Yaa Gyasi is the author of the PEN/Hemingway Award-winning novel Homegoing. Her latest novel, Transcendent Kingdom, is a multilayered narrative about a Ghanaian family that’s been streaked by addiction and grief. Her book talk with Roxane Gay kicks off our PEN Out Loud Fall 2020 season, which also marks the first time our landmark author conversation series has been fully virtual. We spoke with Yaa about the origins of the book, the intersections of faith and science, and what it’s like to launch her second book now.

How did this novel come about, and where did you draw on to paint this story?
There are two origin stories for this novel. One is that once I had finished a first draft of my first novel, Homegoing, I set it aside and I wrote this short story that I really loved—a story about a woman who is a Gerard Manley Hopkins scholar whose mother comes to stay with her. And I really liked the voice of the story because it felt so different from anything I had been working on previously. But I set it aside, returned to Homegoing, and then Homegoing took off and I forgot all about it. But years later, I was living in California and a friend of mine from Huntsville, where I grew up, was completing her PhD in neuroscience at Stanford and she had this big paper coming out and I wanted to support her. I was excited to support her, but I tried to read the paper and realized I understood none of it. So I asked if I could go shadow her in her lab, and she said yes, and I got to see her at work.

At the time she was doing this research on the neural pathways of reward-seeking behavior—which, for laypeople like myself, just means that she was researching addiction and depression. I found it so fascinating that I knew within that week that I wanted to write about it, but I didn’t know how to approach it until I remembered that story about the scholarly woman whose mother comes to stay. So, the book kind of became this melding of these two of these two concepts, and it took off from there.

“There has been a lot of backlash against science and a lot of distrust about whether or not science is worthy of our consideration, or is going to help this particular situation. I hope that this book adds to that conversation and shows the importance of conscientious, rigorous science.”

What are the kinds of questions you think this book raises, and what are the kinds of questions you’ve heard from folks who have already had a chance to read the book?
There have been a lot of questions about the interactions or contradictions between faith and science, or religion and science, which I found really interesting. In the novel, the main character Gifty’s mother is very religious, and Gifty herself grows up Pentecostal. but then turns away from her faith in favor of science and spends the rest of the novel exploring whether or not that choice is a firm one, and whether or not these two things are necessarily contradictory.

This piece about the apparent contradictions between science and faith and this piece about science and progress seem to really resonate right now. We’re facing this pandemic, we’re facing this global health moment where we’re seeing both a reliance on science in some ways, but also we see a president in the United States who dismisses science and concerns about whether or not we can trust a vaccine or treatment regimen. You wrote this before we went into this period of our lives, but how do you think folks might read the story in that context?
I did write this before the pandemic, as you said, but when I was writing it, we were still very much—and are still very much—in the thick of the opioid epidemic in the States. So I was thinking a lot about the nature of not just science but of public health, and the importance of public health, the importance of caring about other people and the things that they are going through. I think public health is one manifestation of that kind of care. But as you mentioned, there has been a lot of backlash against science and a lot of distrust about whether or not science is worthy of our consideration, or is going to help this particular situation. I hope that this book adds to that conversation and shows the importance of conscientious, rigorous science.

“I think while it has been difficult to imagine what this process is going to look like in terms of creating community and making a readership around this book, I think there’s still so much to get excited about and be hopeful about. I also feel particularly fortunate that I’m releasing a second novel and not a debut. I think it would be much harder to have a debut come out during the pandemic.”

With your PEN Out Loud event this evening and our conversation series, it’s emblematic of the shifts that have taken place in the literary community about how we’re able to gather, how we can talk about books together, how we can or cannot connect. What kind of literary community do you feel you can have right now, especially with the rollout of a new book, which is usually a time of like book tours and being all over the place, and now here we are kind of in front of our computers? Do you find that that’s going to be a good way to forge community around this text? Do you find that it’s a unique challenge?
It’ll definitely be a unique challenge. If very few people have through a circumstance like the one that we are currently living through, I feel incredibly fortunate to work in this industry, to work as a writer, where people still do have access to books, even as they stop having access to other forms of entertainment, like film and theater and what have you. So I think while it has been difficult to imagine what this process is going to look like in terms of creating community and making a readership around this book, I think there’s still so much to get excited about and be hopeful about. I also feel particularly fortunate that I’m releasing a second novel and not a debut. I think it would be much harder to have a debut come out during the pandemic.

What are you reading right now?
I am rereading Kingdom Animalia by Aracelis Girmay, which is a collection of poetry. I’m also reading The Barefoot Woman by Scholastique Mukasonga.

The PEN Pod: On the Power of Poetry with Natasha Trethewey

Belarus's democratic opposition has been awarded the European Parliament's 2020 Sakharov Prize for Freedom of Thought. https://bit.ly/3jiIxzr