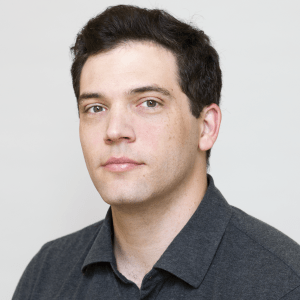 Over the past decade, the influence of Chinese government censorship has seeped into the U.S. filmmaking industry, imposing a threat to the kinds of films that can be made and the stories that can be told. In a new report out from PEN America today called Made in Hollywood, Censored in Beijing, we document that encroaching censorship, how it’s impacted the U.S.’s most potent cultural export, and what Hollywood needs to do about it. James Tager, lead author of the report and deputy director of free expression research and policy at PEN America, spoke with us about the report, the types of censorship that films made in Hollywood are being increasingly subjected to, and how we can fight back.

You interviewed industry insiders, many of whom wouldn’t speak on the record about this issue. What does that tell you about how insidious this censorship has become?
It demonstrates one of the essential dynamics of this problem, which is that self-censorship is, by its nature, on some level invisible. When it comes to Hollywood insiders or executives self-censoring in order to better ensure that their films can get into the Chinese market, we’re talking about a phenomenon that primarily takes place behind closed doors or in small groups, meetings, or informal conversations. And to the average person, this is largely invisible, or if it’s visible, it’s visible only every once in a while—one movie is called out for it, or an interview breaks a story regarding one specific film.

But what we tried to do with this report was demonstrate how this is becoming much more of a systemic phenomenon. And it certainly is illustrative that, as you said, many people want to speak to us anonymously or off the record because they fear that it would damage their professional prospects to be on the record. As one person said to us, who’s quoted in the report, Hollywood professionals have seen that there’s essentially no good to be talking about this phenomenon. There’s no benefit to them, and there’s only negatives. The issue of course is that self-censorship flourishes behind closed doors so that if we don’t bring this conversation into the public, we won’t be able to solve it.

“Hollywood professionals have seen that there’s essentially no good to be talking about this phenomenon. There’s no benefit to them, and there’s only negatives. The issue of course is that self-censorship flourishes behind closed doors so that if we don’t bring this conversation into the public, we won’t be able to solve it.”

The report seems to come down to a pretty simple answer as to why this systemic censorship has taken hold—it comes down to economics. Is it that plain and simple? Is it really just about accessing the massive film-going market that China represents?
Essentially, yes. China is becoming the largest film-going market in the world, and the gateways to the entrance to the Chinese box office are completely controlled by the Chinese government, which makes no bones about the fact that it sees film as an instrument for its political messaging, rather than as a vehicle for entertainment free from political constraints. So the government censors essentially control all the means of entry into the Chinese market and have a rigorous censorship process as a result. Yes, it basically boils down to the economic imperatives that Hollywood studios are under. The Chinese box office is growing, while Hollywood needs that box office more and more, and yet, the Chinese box office doesn’t need Hollywood.

So the leverage that the Chinese government has to apply to Hollywood studios gets stronger and stronger. They’ve made no secret about the fact that they’re willing to apply that leverage in order to push Hollywood studios to produce films that are more favorable to coverage of not just China as a country, but China as a government and Chinese leaders. And this goes beyond just removing negative mentions to things like Chinese politics, but in crafting an actual deliberate, almost propagandistic description and depiction of China and its leadership.

The report highlights some egregious censorship that’s taken place, but it can feel a little piecemeal—the removal of a Taiwanese flag, an animated film that redraws territorial boundaries in the South China Sea. Why is this a big deal? Why should people be nervous about this, when it seems like maybe some of these tiny little nips and tucks are an okay compromise when it comes to getting some traction in the Chinese market? Hollywood, after all, is a business.
A few reasons: Firstly, we have to think about the cumulative effect of all these nips and tucks, and how it shapes the world’s opinion of the Chinese leadership and its policies—including abusive policies, such as what we’re seeing in Xinjiang. Second of all, nips and tucks that may seem, to us, nonpolitical, may actually be political. For example, Chinese censors have a longstanding prohibition against ghost stories, and we may think that’s almost silly. However, Chinese commentators have noted that there’s actually a political narrative behind the concept of ghost stories within Chinese storytelling. So something that seems perhaps to us or to the average Hollywood exec as something that’s not political actually has political connotations that we may not be aware of, for cultural reasons.

“We don’t see this issue through a national lens of ‘us versus China.’ We see this issue through the lens of our longstanding work, defending freedom of expression. And indeed, we end the report saying we want Hollywood to take more action to oppose government censorship from any government—be that from Beijing, Washington D.C., Moscow, Cairo, or Riyadh.”

Thirdly, even small changes can shape the narrative in ways that, in hindsight, we may become particularly uncomfortable about. An example we focus on within the report is how a studio exec removed, in the film World War Z—about a fictional zombie virus—a mention of the origins of the zombie virus being in China. The author of the book World War Z, Max Brooks, explained that he actually did so in part because he thought it was more likely that a pandemic would originate in China because of its censorship, because it’s hard to get accurate information about the origins of an epidemic if you have a government that’s strictly controlling the information that people are able to see. So especially now, for reasons that I think will be obvious to people listening while quarantined in their homes, the fact that studio execs were willing to remove a mention of China as the origin point for a fictional pandemic has uncomfortable resonances with where we are now.

One of the things we have to contend with is that we’re in this really tense moment right now with China. The president is threatening to ban TikTok, and there’s straight-out racist rhetoric coming from the White House about China. How can we differentiate critiques of China that we’re making in this report from the overt Sinophobia coming from the White House?It’s a really good question, and it’s something we try to take pains to examine and discuss within the report. Certainly, we don’t see this issue through a national lens of “us versus China.” We see this issue through the lens of our longstanding work, defending freedom of expression. And indeed, we end the report saying we want Hollywood to take more action to oppose government censorship from any government—be that from Beijing, Washington D.C., Moscow, Cairo, or Riyadh.

Additionally, we definitely have to keep in mind that the Chinese government’s ability to censor Hollywood ultimately deeply impacts the Chinese people. As mentioned, if there are no depictions in Hollywood of things such as what’s going on in Xinjiang, or an examination of Hong Kong, or an examination of Chinese historical moments such as Tiananmen, that ultimately means it’s one more avenue where that information is not reaching the Chinese citizens themselves. China’s own domestic filmmaking industries, of course, are highly censored. So the government’s ability to affect foreign cinemas has significant impacts to Chinese citizens as well.

Something we also discuss in the report, which is really related to this conversation, is this concern over the Chinese governmental censorship or encouragement of self-censorship in Hollywood is running along the same time that Hollywood is increasingly waking up to the fact that it needs more diverse representation, including of Asian and Asian American characters, voices, stories, and themes in its movies. Now we actually call for increased representation of these voices—not only because there’s a preexisting and urgent need, but because when there’s a vacuum of three-dimensional representations of Asian characters, the Chinese government can step in and pressure Hollywood decision-makers to instead create these kind of cookie-cutter, two-dimensional representations of Chinese characters that simply appeal to the Chinese censor because they promote these national stereotypes.

“Now we actually call for increased representation of these voices—not only because there’s a preexisting and urgent need, but because when there’s a vacuum of three-dimensional representations of Asian characters, the Chinese government can step in and pressure Hollywood decision-makers to instead create these kind of cookie-cutter, two-dimensional representations of Chinese characters that simply appeal to the Chinese censor because they promote these national stereotypes.”

So in addition to those steps of truly centering Asian and Asian American voices and filmmaking, what are the other things that you’re calling on Hollywood to do to fight back against this censorship?
We have several, but two major ones that we really focus on. Firstly, we call upon Hollywood studios to pledge that they will not respond to requests from Chinese government censors either formally or informally by changing the worldwide release of the movie. That’s something we discuss in the report. An increased manifestation of this issue is studios that are willing to censor not only the version that they offer to China specifically, but censor the worldwide version, so that no one notices that the Chinese version is different. This unfortunately basically reduces storytelling to the lowest common denominator of what the Chinese censor will accept.

We also call for disclosure. We try to be really clear-eyed in our recommendations, because we understand that if we say, “Hey Hollywood, just stop this wholesale,” we could be dismissed as overly naive. What we do believe in, however, is that a first step toward tackling this problem and creating a more unified Hollywood response to these pressures is transparency. We call upon Hollywood as an industry to essentially disclose when and how they respond to censorship requests—and again, from any government censor, not just Beijing.

The PEN Pod: On the Power of Poetry with Natasha Trethewey

The PEN Pod: A Reckoning in Hollywood with Kim Masters

The PEN Pod: On Myths, Magic, and Intergenerational Narratives with K-Ming Chang

In Sprint to Election Day, PEN America Fights Back Against Disinformation with What to Expect When You’re Electing

This is a very cool thing my colleagues at @PENAmerica made. Take a look please ReTweet widely.
https://www.youtube.com/watch?v=dub1zEV24BE&feature=youtu.be&mc_cid=a17abda8e4&mc_eid=98efcd8446

Seeing #disinformation online? Here are some awesome people offering ideas about each of us can stem the tide of lies and half truths. Spot it. Check it. Stop it. #Election2020 #WhatToExpect2020 https://twitter.com/PENamerica/status/1310925118550552577

You might hear some wild claims during tonight's #PresidentialDebate2020. So before you share them, take @Alancumming's advice.