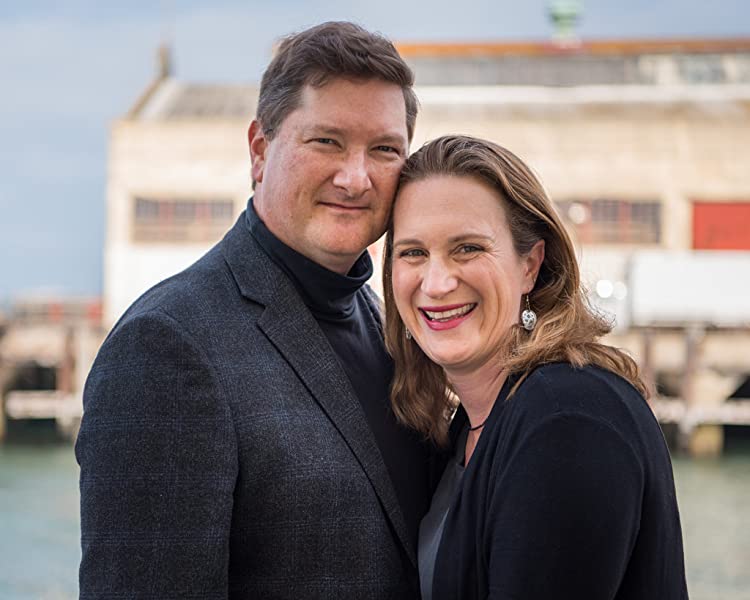 Healthcare workers are on the front line of the coronavirus crisis, and today on The PEN Pod, we’re joined by Dr. Judy Melinek and T.J. Mitchell, authors of Working Stiff: Two Years, 262 Bodies, and the Making of a Medical Examiner, a memoir of Judy’s time working as a medical examiner, and most recently, First Cut, a novel. They also happen to be a married couple, and they spoke with us about the challenges of practicing social distancing as a family, how their writing practices have been impacted by the pandemic, and what books and movies they’re turning to now.

Where are you calling from now?
T.J. MITCHELL: I am at the house with three of our four children. The fourth is away at college. And Judy is down the street at our office, which we’re fortunate enough to have. She’s self-quarantining because she may have had an exposure at work to COVID-19.

Many families are facing a lot of difficult situations right now, you’re certainly facing a little bit of social isolation together.
MITCHELL: Definitely. But we video chat. I mean, this is a wonderful time to have a pandemic, that we have things like Zoom and other apps that allow us to be together even when we’re physically apart.

“I’m still disappointed every time I see our president and Dr. Fauci and Dr. Birx, who are coming up and speaking to the public, and yet they’re not practicing the social distancing guidelines that we expect.”

Judy, I want to talk about your work as a medical examiner. So much of an autopsy is relying on science to get to the truth. Where is the science leading us right now on the outbreak, and what do we know or not know about it?
JUDY MELINEK: There’s a lot we actually do know. We have a good grasp on the time course of infection and the symptomatology, which are typically a fever, a dry cough, difficulty breathing, [and] sometimes chest pain. We know that there is a subset of people who are asymptomatic carriers and will potentially spread the disease, without even knowing that they’re sick. And so, based on the fact that the virus sometimes takes anywhere from eight to ten days, even up to two weeks, to show symptoms, that’s been what’s been fueling that—that life cycle of the virus, so to speak, is what fuels our public health response. We’ve seen it with regards to lockdowns and changes in our daily life where we’ve always been given that time course of, “We’ll see in another two weeks.” That two weeks is because of that—the symptomatology and the time course for the virus to either present its symptoms or run its course. So there’s quite a bit that we can do with that. And because the United States is late in the game in the sense of infections—obviously China and Europe are ahead of us—we’ve learned from their experiences as well, so it informs our public health response as a result.

Do you think health professionals are doing a good job of how they’re communicating, in layman’s terms, what the threat looks like? What kind of feedback would you give our health experts who are trying to educate the public in a way that they’re going to understand?
MELINEK: I gotta give them mixed grades. It depends on who we’re talking about. We’re in California; I think that Gavin Newsom and the public health experts here in California have done a spectacular job in the San Francisco Bay Area, which is where we live. They shut down relatively early in the phase. And I believe that there’s some data that’s coming out recently that shows that because California did the shelter in place rule relatively early in the infection phase, as a result, we’re already seeing some suggestions that our curve is flattening. But on the federal level, I’ve not been particularly impressed. I’m still disappointed every time I see our president and Dr. Fauci and Dr. Birx, who are coming up and speaking to the public, and yet they’re not practicing the social distancing guidelines that we expect. They’re still standing within three feet of each other. They’re not wearing masks. They are making recommendations that are probably not as stringent as we really need to get a hold of this. And we are seeing less of a coordination on the federal level and much more action on the state by state level. And that’s disappointing to me.

“Whenever I have the opportunity to choose a movie, I always try to choose something post-apocalyptic, hopefully virus-based or zombie-based, that’s even scarier than what we’re going through.”

You collaborated on a memoir and then your recent novel. Tell me a bit about the switch from nonfiction to fiction.
MITCHELL: Sure, Working Stiff, our first book, is the memoir of Judy’s training in forensic pathology and learning how to do autopsies, which is something you do on the job, you don’t learn anything about it in medical school. After finishing that, though, we didn’t really want to write a sequel, but we did have all the stories that she gets at work, the experiences that she has in investigating death, and wanted to explore that in fiction. Another reason we wanted to explore it in fiction is because that way we could control the entire story. One of the things in Working Stiff that always caused me, as her spouse, some frustration was that Judy would do the autopsy, but she wouldn’t follow through all the way. If it’s a homicide, she wouldn’t find out necessarily who’d done it or what happened to the person when they went to trial. We control all that in fiction, so we can have a lot of fun with it and we can explore these stories a little more fully.

Are you writing right now, or are you finding you’re able to collaborate even with your current imposed distance?
MITCHELL: We have three novels that are in the works. First Cut was released on January 7th, so it’s out there in the world. The sequel to First Cut is in the hands of our very able editor, John Glenn at Hanover Square Press, right now, and I’m hitting the refresh button on my email several thousand times a day, waiting for him to give me edits on that. And then we have an idea for a third novel that I was hoping that Judy and I could sit down and brainstorm and start the early stages of outlining, but I just can’t concentrate on it, like a lot of people.

MELINEK: And the whole separation has been a factor, too.

You had your book come out earlier this year a little bit before the outbreak, but has this all impacted the ability to sell your book?
MELINEK: It’s been really frustrating. And we’re among multiple authors. There are authors who had their books that just came out last week. Publication schedules are set years in advance, and for all of us authors who have gotten frustrated by the fact that our public book events have been canceled, we’ve been making an effort to go online to use things like Instagram, FaceTime, and Facebook Live. Recently we were interviewed by Jen Gunter, who’s an ob-gyn and author of The Vagina Bible, and she did that with Instagram Live. And then myself and another author, Bruce Goldfarb—who wrote 18 Tiny Deaths about Frances Glessner Lee, the mother of forensic science who created dioramas of deaths for training death investigators—the two of us have been collaborating on a YouTube channel called Virtual Book Festival, and we’re working on getting authors to give us videos that we can then upload, and hopefully also have live events where authors can be interviewed either by their family members at home or potentially by the public, because in these live formats, you can also get comments and feedback.

What are you both reading or listening to right now to either keep you distracted or keep you informed?
MELINEK: I’ve been reading nonstop about COVID-19, so it’s highly professional and technical reading, and that is kind of exhausting. My distraction is a book I just got recently, it’s a compilation of all the stories from the Modern Love column from The New York Times. It’s also called Modern Love. So that’s on my bedside table here in the office.

MITCHELL: I’m stuck at home with the kids without Judy, and we’re the sort of family that pretty much always has dinner together. But with Mom out of the house, we’ve decided that we’re going to turn it into a film festival, so we watch movies most every night, and whenever I have the opportunity to choose a movie, I always try to choose something post-apocalyptic, hopefully virus-based or zombie-based, that’s even scarier than what we’re going through. So we watched 28 Days Later, we just watched Children of Men, which I recommend highly if you have older kids. It’s a great way of making them recognize, gee, this isn’t as bad as it looks.

MELINEK: Have they seen Contagion yet?

MITCHELL: No, I think Contagion would be a step too far. [laughs]

The PEN Pod: Recalibrating Our Priorities with Ruchika Tomar