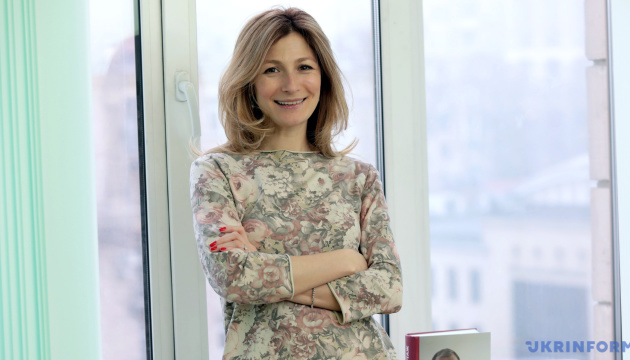 This week on The PEN Pod, we spoke with Ukraine’s First Deputy Minister of Foreign Affairs Emine Dzheppar on the state of play on the Crimean peninsula, seven years after the Russian occupation. We spoke with Emine about the repressive realities of censorship in Crimea, as well as the role of citizen journalists in keeping the Ukrainian public and the rest of the world informed about the current situation in the region. Check out the full episode below (our interview with Emine begins at the 13:31 mark).

On the State of Free Expression in Crimea

“Crimea is a military base with 2.5 million Ukrainian citizens as hostages. Probably the most warning situation is taking place with the change of demography—the repressive reality is that the Ukrainian citizens have been squeezed out from the peninsula. Just as an example, if you live in Crimea and dare to say that Crimea is Ukrainian. . . you can be detained, you can be jailed for over five years at least, or if you dare to make a Facebook post with an article discussing the Ukrainain status of Crimea, you can also be detained and imprisoned for five years. So this is the repressive reality that does not allow [people] to speak up. . . Russia is bringing hundreds of thousands of Russian citizens from the Russian mainland to the Crimean peninsula. . . . This is a very traditional policy of Russia under different systems of governing, starting from the first annexation, ending up with the current 2014 situation.”

“The situation with freedom of expression, consciousness, and religion; the right to peaceful assembly and association; freedom of the media and access to information; the right to a fair trial and effective legal protection; the right to education in one’s native language and linguistic and cultural rights are of particular concern. We think that Crimean Tatars and Ukrainians constitute the most vulnerable groups subjected to human rights violations.”

On Resistance Efforts in Crimea

“It’s very difficult to find hope within the occupying reality and the reality that my people—Crimean Tatars and Ukrainian citizens—live in, in this regime of hostages. I will give you one example; I still have my family there. Crimean Tatars have big families, and my parents, my uncles, aunts, nieces, cousins—they all live in Crimea. What I’ve noticed is when they come to visit me in Kiev, when we discuss different issues—sometimes very distant from politics—they start to whisper. As soon as we touch upon the issues about Crimea, Ukraine, Russia, they start to whisper. Can you imagine this level of super high self-censorship?”

“I used to live, half a year after the occupation, in Crimea, and it was so weird to walk the same streets, to see the same buildings, but to have a drastically different feeling out of the same reality. I felt myself walking in a very weird and not native ambience. It was really shocking, and I had my first experience of traveling to the mainland of Ukraine after the occupation, just in a couple of months. I had a couple of meetings in Kiev. And when I crossed the so-called administrative line, I could even sense it with my skin—like, finally I can breathe. The feeling of freedom is super evident, as soon as you cross this administrative line.

“In Crimea, you really have a feeling that you live in a kind of can. It’s probably the same feeling that my parents were talking about when they discuss the Soviet reality, where you have a feeling that everyone is watching you. . . . Within this reality where there is no freedom, no room and space for creativity, we have very clear and evident acts of repression where those people who are trying to be resistant and decent—they are detained. But what makes me really motivated and encouraged to keep on doing what I do at the moment, at my official position, is people. Those brave ones, those courageous ones who—even within this reality—try and find the courage to keep on informing the whole world about what Crimea is today. There is a platform of resistance called the Crimean Solidarity. These are people with the functions of civil journalists. These are average people who take their cell phones, their gadgets, and go to the so-called trials, attend the house searches that take place almost every day in Crimea at five o’clock in the morning, at dawn. . . These people, they’re trying to inform us in Ukraine, in Kiev, in the world, about what is taking place in Crimea, and this is very motivating.”

The PEN Pod: On Threats to Journalists, Information Ecosystems, and Critical Race Theory