The Garbage Dump and Organized Crime 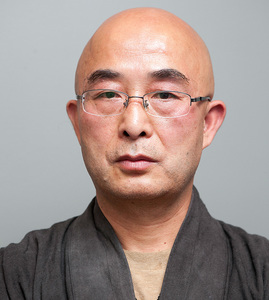 When the Beijing Olympics opened in 2008, I never imagined I would be forced to flee my country.

At the time, the Communist Party was slaughtering people in Tibet. Then came the Sichuan Earthquake; nearly 200,000 lives were lost in the dust. I was renovating a house in the suburbs of Chengdu that I’d just bought with the royalties from the English version of The Corpse Walker. As the earth shook, cracks opened in the ceiling.

As both a victim of the earthquake and a chronicler of our times, I rushed to the epicenter to interview the survivors, people with no homes to return to, people who everywhere were cursing this “Olympics on a pile of corpses.”

Then they arrested my friend Liu Xiaobo, an initiator of Charter 08, and on Christmas Eve the following year, sentenced him to 11 years in prison—an extreme punishment that ensured his accomplishments would become known far and wide. Liu dedicated the award to the departed souls of the June 4, 1989 Tiananmen Massacre; he has always said that behind his back and under his feet lay the countless living and dead.

I was in Germany when it was announced that Liu Xiaobo would receive the Nobel Peace Prize. I’d fought fifteen times for my right to travel abroad, and I had finally landed in the free world. But I passed up an invitation to attend the Nobel ceremony in Norway, heading home instead, because I’m accustomed, in a way, to being unfree: I’m a sewer rat, scurrying around under the surveillance of the police, in the world’s biggest garbage dump. It’s where I find the most amazing stories.

But I overestimated my adaptability and the dangers of my deep attachment to my homeland. I ended up falling into their trap.

After the Beijing Olympics, spurred by the global recession, westerners rushed to do business in China, where markets and labor are cheap. People from countries that prohibit or frown on shady or polluting businesses came to China instead. And as they did, the wolf-tail of the dictatorship rose. Last year, its hidden mafia began to operate in the open. Our leaders no longer bother with legal niceties: Kidnapping, assault, disappearances, frame-ups are now part of the daily lives of dissident intellectuals. As democratic protests swept across the Arab world and posts started appearing on the Internet calling for similar street protests in China, soldiers changed into civilian clothes and patrolled the streets with guns, seizing anyone they thought suspicious. Police rounded up human rights lawyers, writers, and artists. The democracy activist Liu Xianbin, who had served nine years in prison for helping to form the China Democratic Party, was given a new sentence of 10 years. The artist Ai Weiwei was disappeared.

An old-fashioned writer, I seldom surf the Web, and the Arab Spring passed me by. But staying on the sidelines did not spare me. When public security officers learned that two of my books were going to be published in the Germany, Taiwan, and the United States, they began phoning and visiting me, and in March, my police handlers stationed themselves outside my apartment to monitor my daily activities. “Publishing in the West is a violation of Chinese law,” they told me. “Your prison memoir tarnishes the reputation of China’s prison system and God Is Red distorts the party’s policy on religion and promotes underground churches.” If I refused to cancel my contract with Western publishers, they said, I’d face legal consequences.

Then I received an invitation from Salman Rushdie asking me to attend the PEN World Voices Festival in New York. I immediately contacted the local authorities to apply for permission to travel outside China and booked my plane ticket. But the day before my scheduled departure, a police officer called me to “have tea,” informing me that my request had been denied. If I insisted on going to the airport, the officer told me, they would make me disappear, just like Ai Weiwei.

I was shaken. In the end I decided to leave my loved ones and worldly possessions, took a wild chance, and fled China.

I kept my plan to myself. I didn’t follow my usual routine of asking my police handlers for permission. Instead, I packed some clothes, my Chinese flute, a Tibetan singing bowl and two of my prized books, “The Records of the Grand Historian” and the “I Ching.” Then I left home while the police were not watching, and traveled to Yunnan. I switched off my cellphone after making brief contacts with my friends in the West, who had collaborated on the plan. Several days later, I reached a small border town, where I could see Vietnam across a fast-flowing river. At 10 a.m. on July 2, I walked 100 yards to the border post, fully prepared for the worst, but a miracle occurred. The officer checked my papers, stared at me momentarily and then stamped my passport. Without stopping, I traveled to Hanoi and boarded a flight to Poland and then to Germany. Thanks to God and the spirits of the multitudes who have died wrongful deaths, I succeeded.

Now, as I sit at my peaceful writing desk in Germany, the criminal gangs in my homeland are fighting ever more fiercely. Wang Lijun was on the run and Bo Xilai was chasing him. But in the end, they were both seized, by bigger and more ruthless gang leaders.

Meanwhile, this year’s National People’s Congress unanimously approved the most draconian law in its history for dealing with “terrorists”—including “cultural terrorists” like me. Now the gangster’s police can detain anyone and “according to law” detain him for six months without even notifying his family.