Introduction To Volume 11.0:
Vaccination Behind Bars

March 26, 2021 will mark one year since the first known COVID-19 death in a United States prison. Since Anthony Cheek passed nearly a year ago, our country has witnessed a profound public health and ethics crisis in correctional institutions. Infection and mortality rates among those behind bars have skyrocketed, the spread of COVID-19 encouraged by governmental failures to adequately protect incarcerated populations. The infection rate among our nation’s prison population is more than five times higher than that of the general population, and the age-adjusted mortality rate is three times higher.

Since Anthony’s death, over 383,754 incarcerated men, women, and children have contracted the virus, and over 2,440 of them have passed away. In our dispatch section below, we invite you to read the stories of three individuals—Eric William Warner, Angel Marie Kozeak, and James Scott—who passed away behind bars this past year. Their memorials are compiled by Mourning Our Losses, a volunteer organization founded in May 2020 to memorialize those who have lost their lives behind bars during the COVID-19 pandemic.

Until now, decarceration has been emphasized as the crucial instrument for containing COVID-19’s spread behind bars. Yet, decarceration has been employed infrequently and insufficiently. Besides mass release, which often requires changes to the law, the only avenue for decarceration is compassionate release: a convoluted, inefficient, and case-by-case system by which incarcerated individuals can appeal to be released if seriously ill and near sentence completion. In this issue’s Works of Justice interview, Dr. Bruce Western describes it as “neither compassionate, and it doesn’t release anyone.”

We now have a new and powerful tool to curb the spread of COVID-19 behind bars: vaccination. So far, only 39 states have explicitly included prison and jail populations in their vaccine rollout plans—and, of those 39, only nine have placed them into Phase 1.

In accordance with their goals and principles, the ACIP recommended that residents and employees of long-term care facilities—defined as facilities that “provide a range of services, including medical and personal care, to persons who are unable to live independently”—be included in Phase 1a of vaccine rollout. Yet, incarcerated people—who are confined in small spaces for a prolonged period—have not been given the same priority.

Many states have chosen to vaccinate correctional staff before incarcerated individuals, although there is no evidence that doing so will more significantly reduce COVID’s spread. In fact, residents of correctional facilities have disproportionately borne the burden of infection and death: 95 percent of all carceral COVID-19 infections were of incarcerated individuals, and only five percent were of staff.

Experts and advocates argue that the tools of decarceration and vaccination need not be at odds with one another. Increasing access to vaccination does not mean that we can—or should—forget about the urgency for decarceration. As Dr. Western discusses in this Works of Justice episode, the call is to reexamine and expand our definitions of public safety to incorporate decarceration. “Public safety” must include all of the public—not just those outside of prison—and must take into consideration health, as well as crime, risks.

This issue of Temperature Check is a harrowing one. We hope you feel moved by what you read and hear, and are moved to take action in the advocacy section below. 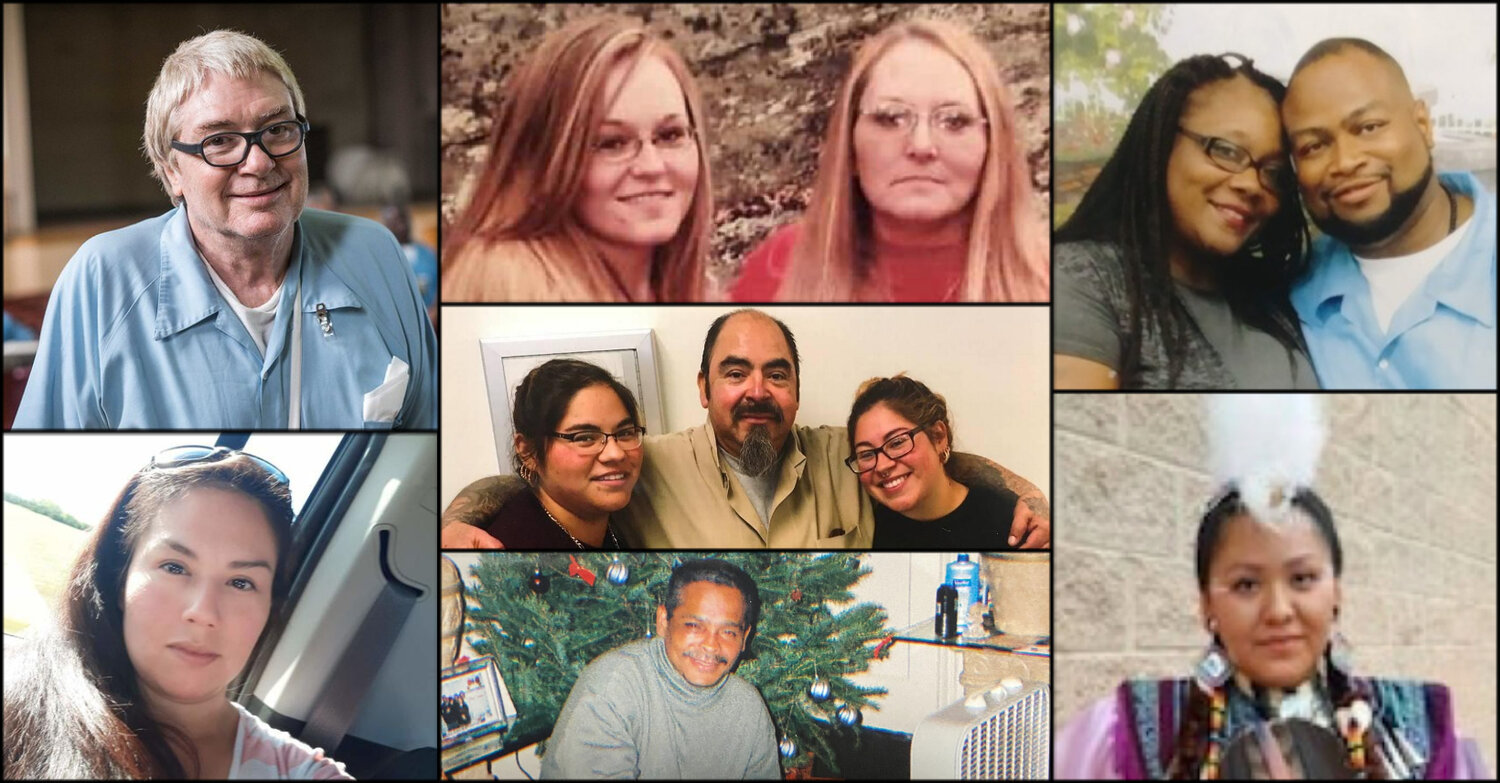 The following obituaries have been collected and compiled by Mourning Our Losses, a crowdsourced memorial project that honors the lives of people who died in prisons, jails, and immigration detention facilities in the United States during the COVID-19 pandemic. Launched in May 2020 by a volunteer group of educators, artists, students, and organizers—many of whom are formerly incarcerated—Mourning Our Losses seeks to restore dignity to the faces and stories behind the statistics of death and illness from behind bars. 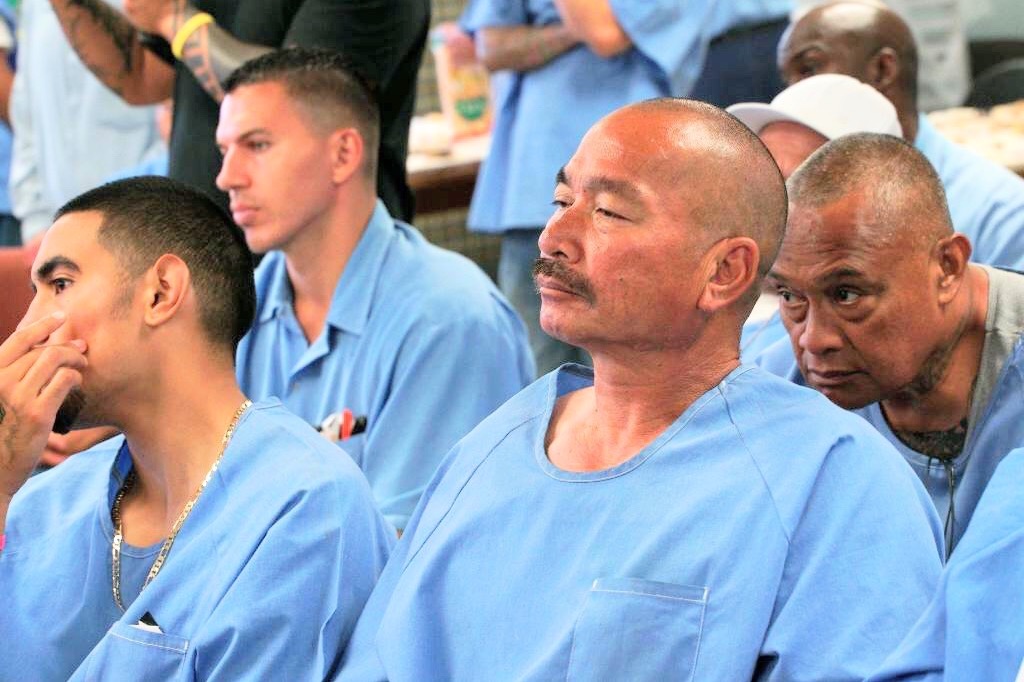 Photograph of Eric William Warner, obtained from the memorial and fundraiser for Eric’s funeral.

On Saturday July 25th, 2020 Eric William Warner became another tragic victim to the COVID-19 outbreak behind America’s prison walls. Family, friends and those who know Eric are saddened by his passing. Eric, as friends called him “E” , was born and raised in San Francisco. He grew up in the Excelsior district of San Francisco and attended Balboa High school. Eric loved riding dirt bikes and motocross. He was also a golden glove boxer. Eric loved dogs his whole life. His trade was in dry cleaning where he worked many years.

Friends who know E from behind the walls of San Quentin say that he was a very kind, caring and generous person. He was a spiritual person, who would often read his devotion every morning, which could be seen displayed in his practical day to day life. He would go out of his way to help others and would not turn down anyone who needed help. He was part of the native Hawaiian Spiritual Group/Dancers and the AAPI Ethnic Studies Group SQ R.O.O.T.S.

By her friends Michele Scott and Nora Ignova 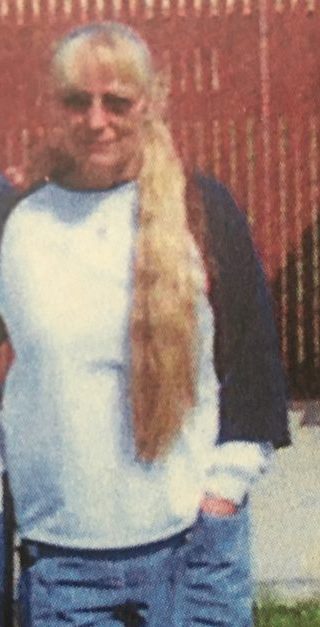 Photograph of Angel Marie Kozeak, obtained from the Praxis Center.

Hi, my name is Michele, and I am honored to share who Angel Marie Kozeak was with you. In prison, we form bonds with each other because it’s like a sisterhood that surpasses what you call family, because these are connections that we forge out of this shared experience because we’re seeking to survive our incarceration and we learn to pull together to make it through each day.

Angel was a veteran of these experiences, and she came in as a youth and, you know, she went through her own set of ups and downs. She was a knucklehead, she went to ad-seg, she had handcuffs put on. But she also began to blossom into someone who we could count on to go to for a listening ear. She gave really good counsel, she had great war stories, and she was the person willing to give an appropriate kick-in-the-butt to the newbies, to the new girls just coming in and struggling with their time and acting out because they didn’t know how to deal with their emotions or what it was like to now be in prison. And we all knew that Angel cared about others in an environment where really the best way to survive was to only care about yourself. But Angel was willing to care about others.

Memorial for James Scott, “For My Brother” 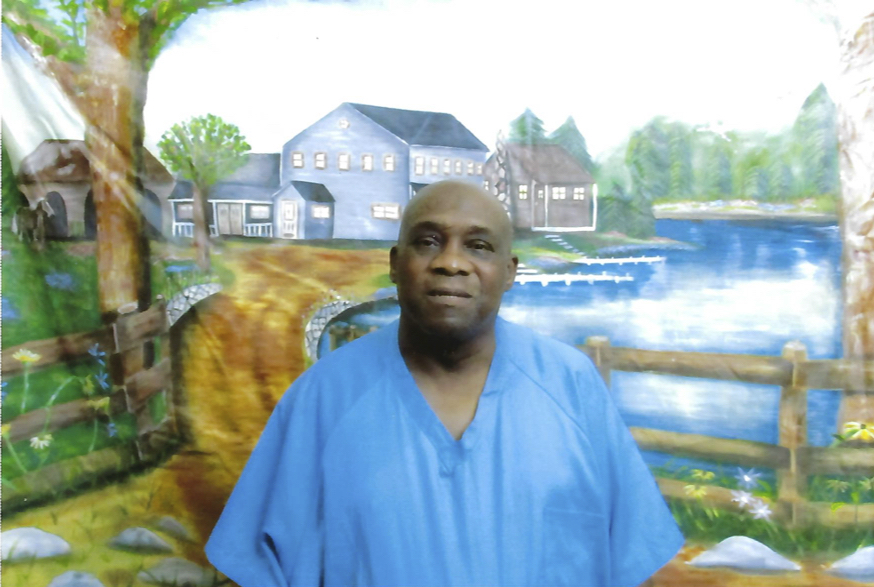 I’d like to write about my cellie. His name was James Scott. He was a good person, he was always smiling, and always laughing… And it was infectious. Most people when they saw him coming smiled automatically. He was 58 years old. We had been in the cell together for almost 5 years. He was my best friend. And he died on Monday 4/20/20 from COVID-19.

I hope many of you have read my paper “Slow and Inadequate” about the speed of COVID-19 here, and the response to it… or lack thereof. I was sick, very sick, and we were on lockdown. James had some health problems. A few years ago he was diagnosed with stage 4 lymphoma. He fought hard. At one point he was getting chemotherapy everyday. I helped take care of him in the cell. He fought back through sheer will and desire to live! He beat it, and had been in remission for over a year. He was also diabetic, but his doctor had recently told him he was going to take him off insulin and just put him on the pill. He also had asthma. Knowing that COVID was in prison, and I was sick, they left us in the cell together on lockdown. HE caught what I had. They should have quarantined me, took me apart from him (and everyone else) and he may not have caught it. He would be alive today had they done that. Instead they left me in the cell very sick, and he was taking care of me at one point. Then he got sick. He tried to stay in the cell with me, but his breathing got bad, and I got him medical attention. They took him out that night, March 29th… and I never got to see him again. 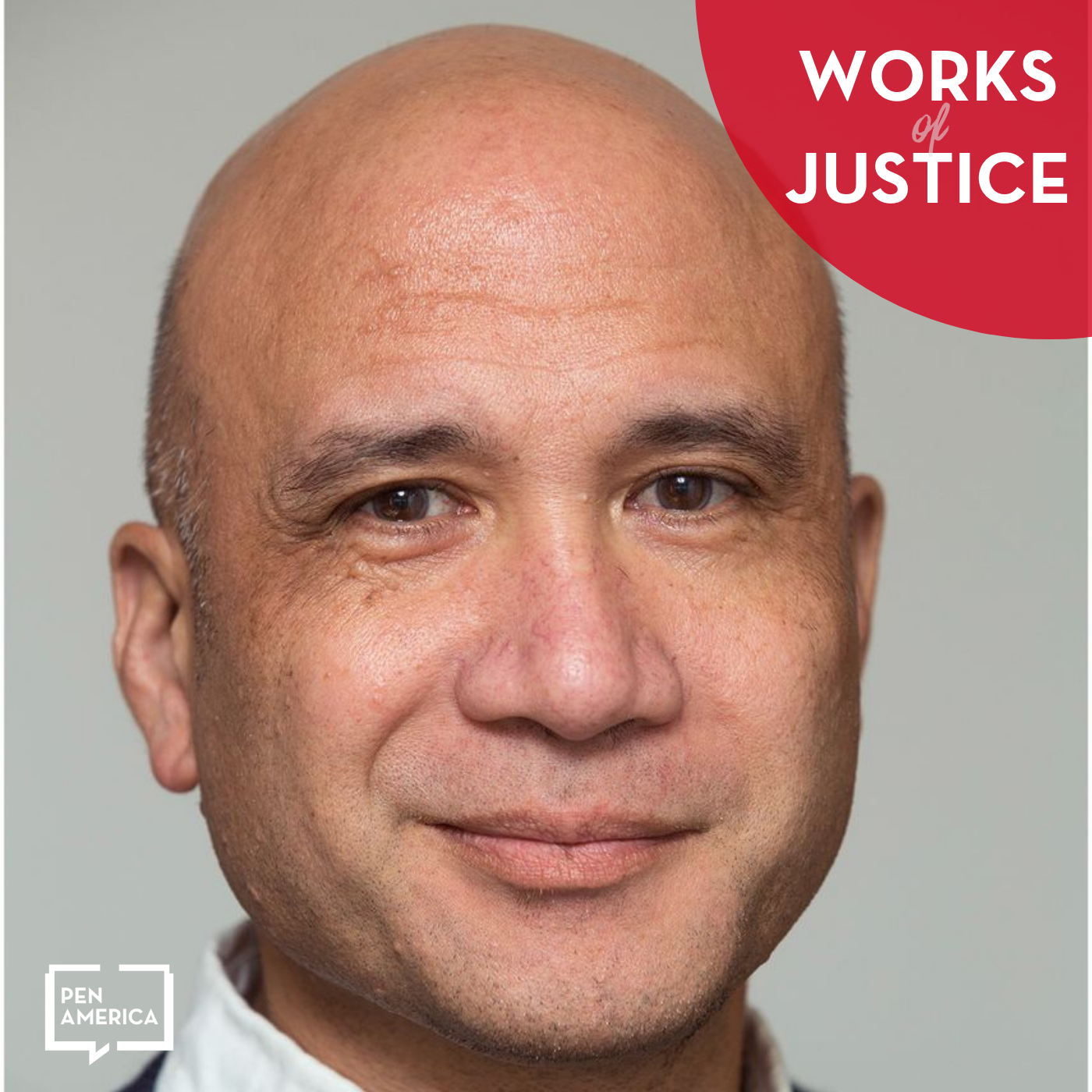 In this Works of Justice episode, we had the pleasure of speaking with Dr. Bruce Western, a professor of Sociology and Social Justice and codirector of the Justice Lab at Columbia University. A leader in the field of criminal justice reform, Dr. Western has conducted extensive research on various issues within mass incarceration, including reentry, the effects of fines and fees, solitary confinement, and more. During the pandemic, he has worked alongside other experts in publishing the report Decarcerating Correctional Facilities during COVID-19, as well as the whitepaper Recommendations for Prioritization and Distribution of COVID-19 Vaccine in Prisons and Jails.

In this episode, Dr. Western discussed decarceration strategies that could improve public health outcomes for all, challenges with vaccine distribution inside correctional facilities, and the importance of harboring compassion and empathy particularly in times of crisis.

Read the transcript, or listen on Apple Podcasts or Spotify.

Tonight’s @PENamerica ceremony was so beautiful! I was deeply honored to be a finalist for the Robert W. Bingham Prize. My heartfelt thanks to judges @ingrid_rojas_c, @elizmccracken, and Ben Marcus. And huge congratulations to winner @MichaelXWang3.✨

Read all about it! Announcing the winners of our top book prizes from tonight's live PEN America Literary Awards Ceremony. #PENLitAwards https://pen.org/press-release/2021-pen-america-literary-awards-given-to-top-literary-stars-of-the-year-lifelong-luminaries-of-literary-excellence/

Thank you to all who joined us for the 2021 virtual #PENLitAwards ceremony. Congratulations to our winners & this year's finalists. Check out all of the books that were recognized for their literary excellence and consider adding them to your bookshelf! https://bit.ly/31Y4HAT