Introduction To Volume 8.0:
The Reentry Issue

Welcome back to Temperature Check. Over the past month, our team paused to assess our “rapid response” series as the pandemic continues with no foreseeable end in sight. In this period, we’ve been especially encouraged by our readers’ hunger to receive and share relevant information, volunteer and engage with the campaigns and efforts of various advocacy groups, news outlets, and organizers. More of these resources are featured in the advocacy section of this issue, and we hope you’ll continue to take action. 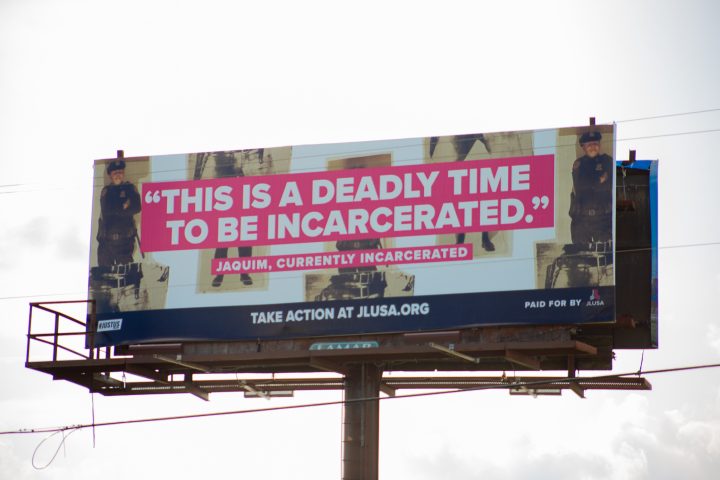 Since our last issue in mid-June, COVID-19 has tightened its grip on sites of detention. Local ad hoc efforts to control the virus have seen unprecedented actions across the country to reduce prison populations by the thousands. Rather than being motivated by an interest to protect the vulnerable, the decrease is largely due to prison officials refusing intake from county jails as a preventative measure. And thanks to the court closures, fewer have been sentenced during the pandemic, while parole officers are less frequently choosing to reincarcerate for low-level parole violations.

The explosive outbreak at San Quentin, reported on by 2020 PEN Prison Writing Award winner Juan Moreno Haines, has exposed the dire circumstances in the country’s many overcrowded correctional facilities. San Quentin was untouched by COVID-19 on May 30, when 121 new people were transferred into the facility. The next day, the first case was confirmed, and within weeks, hundreds had exploded. By July 30, the numbers shot up to 2,089. Mirroring this trajectory on a national scale, as of July 28, at least 78,526 people in prisons nationwide had tested positive for COVID-19—an 11 percent increase from the previous week. 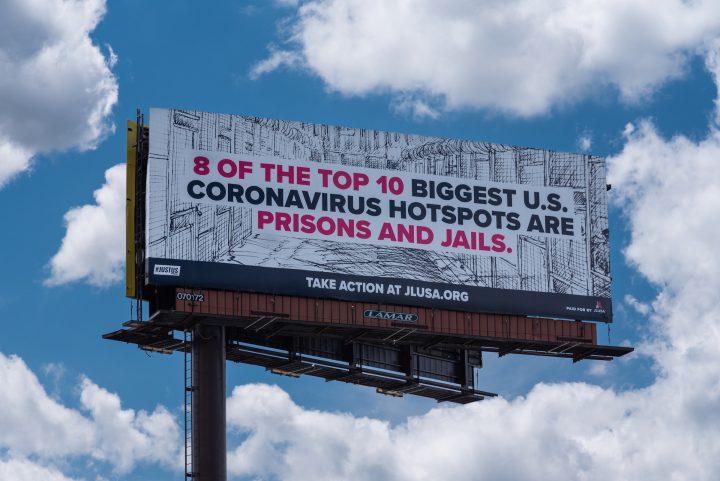 Jails and prisons have reduced their populations in the face of the pandemic, but not enough to save lives, says the Prison Policy Initiative’s updated analysis. Advocates have been calling for more releases—and to lift the restrictive qualifications that incarcerated people must meet for consideration. Depending on the location, release might only be available, for example, to people imprisoned for parole violations—barring those with prior convictions for violent offenses or people who cannot provide evidence of adequate housing upon release. In others, preference for release is given to people with low-level offenses or only a year left on their sentence, elders who “pose less risk to public safety,” and clean rule violations records—according to a CDCR announcement, a violation might include anything from murder to cell phone possession.

And those who are released from prison and jails in less challenging times routinely face a series of obstacles that await: navigating a system of baffling and flailing social services, barriers to housing, lack of resources, the stigma of a criminal record. Now, during the pandemic, those coming home—often with little time to prepare—are met with diminished capacity from supportive relationships, decreased job options, and the surreality of leaving a technology desert to enter a world that has transitioned nearly entirely to the internet.

In this reentry focused issue of Temperature Check, we hear from Saint James Harris Wood, a PEN Prison Writing Award winner and widely published author about coming home just before the pandemic after serving a 18-and-a-half-year sentence—and watching the world slowly transition before his eyes.

Accompanying Wood’s offering is a conversation with one of my own mentors: Alejo Rodriguez. In this analogy-filled 40-minute podcast conversation, Alejo talks about his work with Exodus Transitional Community—a reentry organization based in New York—and how they’ve partnered with the Mayor’s Office to provide housing in a repurposed hotel for people recently released from Rikers Island. A special fact: While incarcerated, Alejo was a recipient of several PEN Prison Writers Awards and was featured in Doing Time: Anthology of 25 Years of Prison Writing, a collection of the best writing from the annual PEN Prison Writing contest.

Dispatches From Inside and Out 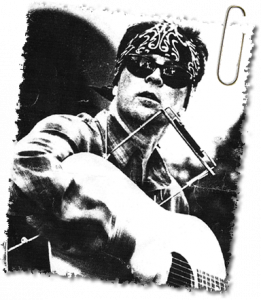 For Temperature Check, we’re commissioning justice-involved writers to share the direct impact of COVID-19 in prison—and after prison—through creative reportage.

Our eighth issue dispatch comes from Saint James Harris Wood, whose essay, The Swallow War, won first place in Essay in the 2018 PEN Prison Writing Contest. Wood had been on the road with his psychedelic punk blues band, The Saint James Catastrophe, when he picked up a heroin smoking habit. This inevitably led to a California high desert penal colony, where he reinvented himself as a writer of the darkly absurd.

Wood’s poetry, fiction, and essays have been published in The Sun, Adbusters, The Shop, Descant, Iowa Review, Esquire.com, Boulevard, Chapman, Rosebud, and several dozen other fairly reputable literary magazines in a half dozen countries, and won The Iowa Review’s Tim Ginnis Prize in 2011. In 2009, March Street Press published “Note Found in the Desert—the 50 lost poems of Saint James Harris Wood.” His forthcoming novel, Narcotic Field Theory, is slated for a Fall 2020 release on Vinal Publishing. His writings and music can be found at darklyabsurd.com.

Penitentiaries burst with uncharacteristic good will and advice in the months before releasing a convict back into the wild. Counselors guide me into the welfare state and while I am somewhat civilized, many of the fellows need the classes that teach them how to act right. The inmates themselves put together a list of resources available on the street to every ex-convict—thousands of dollars purportedly from a dozen sources including the Feds and the Parole Department—the only qualification: a term in prison; mental illness is a plus.

After one month of freedom I find that literally none of it is true. There are no resources for ex-convicts. Many of them leave prison and are soon on the streets, sleeping on the sidewalk. There are legitimate halfway houses (with long waiting lists) where ex-cons pay to share a room with two or four other fellows from the joint. For me personally, it wasn’t the loss of movement that the state used to punish me (I have a rich inner life that’s hard to suppress), my punishment was being forced to cohabitate with anti-social, angry, and mentally ill convicts, 95% of who were profoundly annoying. After 18½ years of it, I will never willingly share a room (or cell) with anyone ever again. I spent an extra month in prison in my single cell rather than go live in a halfway house for six months. I can imagine no scenario where I would want to live with or even hang out with 95% of the people I met in prison, convicts or staff. Some were boon companions while locked up, good musicians and chess players, and entertaining, charming lunatics; nonetheless, I have had my fill.

My brother and son pick me up at the gate and I feel like an utter refugee. I have nothing except five trash bags filled with thousands of pages of my writings, pictures, letters and crap I can’t shed. I have two other bags bursting with magazines and journals that published my work; but can’t carry them all. The cops don’t care and won’t help—always their fallback policy. I save a tattered thesaurus, and dump my published oeuvre in the trash. It’s discouraging, I don’t give a fuck… I just want the hell out.

To learn more about reentry services during the pandemic, we talked to Alejo Rodriguez of Exodus Transitional Community and the Parole Preparation Project. Rodriguez was incarcerated for over 32 years and has turned his personal experiences—namely, being repeatedly denied parole because of a violent conviction—into powerful advocacy.

Nicolette Natale, PEN America’s Prison and Justice Writing Program summer intern, talked with Rodriguez about how this discrimination is influencing decisions about who gets released during the pandemic, reentry efforts during a time of social distancing, and the overall importance of community building to end social and economic inequity.

Listen to the 40-minute conversation on our Works of Justice podcast: 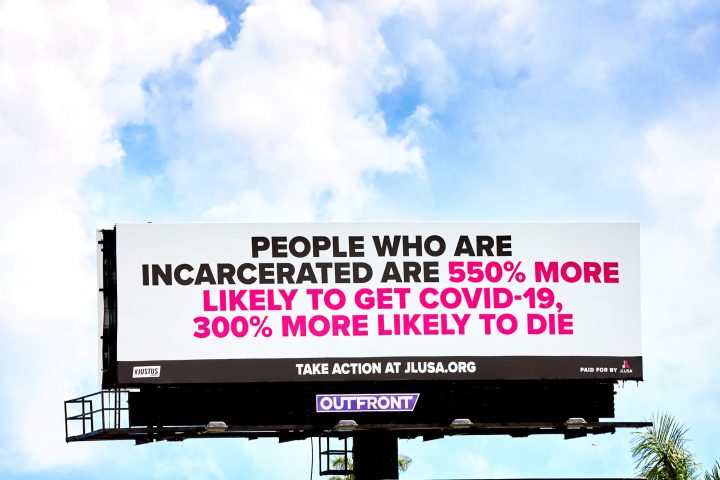 “Time is just as valuable as money. You know, the idea of building community, working towards building community right now is probably one of the most critical investment[s] that can be made.” —Alejo Rodriguez on the Works of Justice Podcast 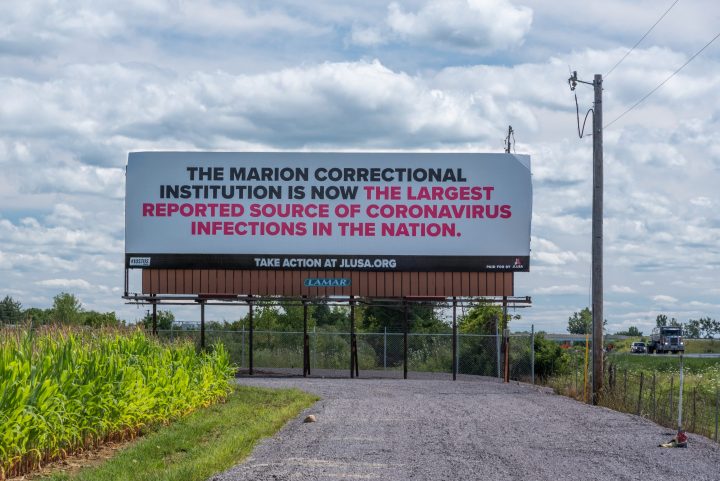 The PEN Ten: An Interview with Fariha Róisín

The Poetics of Sovereignty: Embracing Self-Determination on the Page

The PEN Pod: On the Lines Between Fact and Fiction with Ayad Akhtar

Today on #thePENpod, we talk to @eramshaw at the new reporting outlet @19thnews, reporting on gender and policy at a time when that kind of reporting couldn't be more crucial. LISTEN 🎧 : https://bit.ly/2FJE9f0.

President Trump's "patriotic education" proposal is polarizing, ideologically driven, and inimical to the spirit of interrogation and debate that should animate a history classroom. https://bit.ly/3iKjrKn