Announcing the Winners of the 2015 Prison Writing Contest 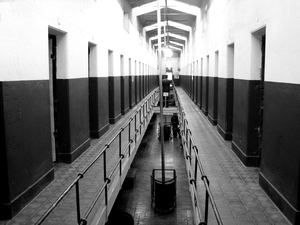 By the time the 2015 PEN Prison Writing Contest closed for submissions, we had received more than 1,500 stories, essays, memoirs, poems, and plays submitted by 900 men and women serving time from nearly every state in the country. Some of those submissions were typed on carbon paper; others were handwritten on the back of commissary order forms.

Manuscripts were distributed to four committees of judges, and over the next several months, every single entry was carefully read. Nominations were thoroughly discussed and debated, and the winners were decided. The large volume of high-quality writing made it impossible to award every submission deserving of a prize.

This year, we had 19 first-time winners, including Haley Teget, whose story, “Junk Menagerie,” received first prize for fiction. Other first-time winners included Sarah Allen (poetry), Dylan Jeffrey (fiction), Melvin Boone (essay), and Tim Boland (memoir), all of whom received the second prize in their respective genres.

California accounted for five winners, followed by Florida with four, and Texas and Minnesota tying with three each. Two winners submitted from Adams County Jail in Council, Idaho, a town with a population of under 1,000. Overall, submissions came from nearly every state, including two from Alaska and one from Hawaii.

In addition to prize money, all winners are awarded the opportunity to correspond with a writing mentor. The mentors are journalists, novelists, poets, playwrights, essayists, and teachers from across the country. In recent years, PEN American Center’s Prison Writing Program has expanded to offer this service to participants who did not win the contest, but whose work showed merit. Some of this year’s winners are among those who in previous years did not receive an award but did gain a mentor. Their recognition exemplifies the Prison Writing Program’s belief that skill is generative.